How to Find Meaning After God 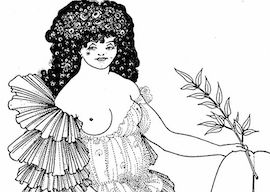 It has become hackneyed to say, like Ivan Karamazov, that without God everything is permitted. And though it is rather simplistic and question-begging, this statement comprehends some significant and enduring problems. One of them is that it is extremely difficult, in the effectively post-Christian West, for people who have incompatible values to coexist without profound and intractable struggle. For where Christianity, through a common belief system, once provided social order and cohesion, today there is endless conflict and, in many cases, no rational solution is available.

Of course, for shallow liberals, centrists, and some conservatives too, there is an ardent hope that we can all come together and, through argument and debate, overcome or at least learn to tolerate all of our differences. But for the most part, this is a sentimental fantasy, because what typically happens, when people don’t already have the same perspective and goals, is that they merely misunderstand or manipulate each other, perceiving, evaluating, and judging each other in terms of their own premises and interests. More often than not, this incoherent process happens unconsciously, owing to nothing other than how the human mind works, as I’ve tried to explain in one of my philosophical essays.

In America, the collapse of the traditional WASP culture has made for utter chaos and fierce group conflicts, so that one might look around at all our troubles and say, “Yes, it’s true; after God, anything goes.” Last Friday, for instance, Alyssa Milano tweeted:

Our reproductive rights are being erased. Until women have legal control over our own bodies we just cannot risk pregnancy. JOIN ME by not having sex until we get bodily autonomy back. I’m calling for a #SexStrike. Pass it on.

“Although liberals and conservatives should endeavor to be more tolerant toward one another, we should recognize that tolerance is a rather limited virtue.”

This strike is being called the new Lysistrata, in reference to Aristophanes’ wonderful comedy in which women, to end the Peloponnesian War between Greek city-states, withhold sex from men. But there is a world of difference between that praiseworthy end and the views of Alyssa Milano and other leftist women. For them, the abortion question is a matter of “resisting the patriarchy.” Meanwhile, as Madeline Fry wrote in an op-ed on Monday in the Washington Examiner, “polling has consistently indicated for decades that men and women have substantially the same opinions on abortion. In reality, there is no gender gap on abortion.”

Still, the misunderstandings persist. For their many advocates, the more restrictive abortion laws that have been passed in Ohio, Mississippi, Georgia, and Alabama are justified on moral grounds. People have a right to disagree with that, but they do need to try to understand the other side’s position. And yet, Milano and others act as though this were asking too much. For them, nothing short of absolute female autonomy will do (that is, arguably, a license to absolute irresponsibility), and they seem to be quite unwilling to consider the pro-life argument.

Indeed, on Holy Thursday April 18, Pennsylvania’s openly gay Rep. Brian Sims harassed a group of female protesters outside of Planned Parenthood Southeastern Pennsylvania. One of the women told him that they “are actually just here praying for the babies.” Having offered $100 to anybody who could identify the protesters, Sims huffed: “A bunch of white people, standing out in front of Planned Parenthood shaming people. There is nothing Christian about what you’re doing.”

Sims posted a video of this ugly display on his Facebook account. Then he repeated his antics outside of the same Planned Parenthood on May 2, once again making strange and gratuitous remarks about white people, and displaying it all on social media.

Sims has been widely condemned. Charles Chaput, Philadelphia’s eloquent archbishop, did it best:

His actions were unbecoming of an elected official. There is much bitter irony that he claims to be a champion for the rights of all women yet he trampled on the rights of others and disgracefully shamed them in public. It was particularly disdainful that he offered a bounty for the identity and home addresses of three young ladies in order to encourage protests at their homes.

Our country is one founded on democratic principles and civil discourse in the public square. Our elected officials represent all of their constituents—not just the ones with whom they agree. Representative Sims spoke often of shame and there was plenty of that to be found in his actions, which demonstrated a complete disregard for civility and basic human decency.

Predictably, Sims eventually issued a lame and unconvincing apology. In that he is like any number of cowardly men in our time, who are unworthy of and dishonor their proud evil.

The harassment and abuse pro-lifers face is just one aspect of the general war on Christianity in our culture. Nearly every week, I read about some Christian school or college that is under fire because it is not sufficiently accommodating of “gay rights.” More and more the private domain is infringed. For example, having recently settled a discrimination lawsuit filed by two gay men, Spark Networks Inc., owner of ChristianMingle.com and several other religious dating websites, is going to make its services more “LGBT-friendly.” Before, the sites made users specify whether they are a man seeking a woman or a woman seeking a man. Henceforth, they will just sign up as a male or female. And within the next two years, Spark Networks will add more changes to its searching and profile features in order to better accommodate gays.

The increasing prevalence of gay imposition on Christians shows that, for all the value liberals assign to tolerance, many Americans are not really tolerant and probably don’t understand what tolerance actually entails. Not long ago, tolerance meant that, though others are not like you in certain ways, you can nevertheless coexist, provided you don’t harm them or expect them to change how they live for your sake. Homosexuality, illegitimate children, drug abuse, and other threats to social order and cohesion were regarded as things to be put up with, not encouraged or accepted as normal or desirable. And while that custom was sometimes “oppressive” for certain minority groups, there is a case to be made that it was and is justified by the greater good—namely, the preservation of those mores that, by guiding and unifying the culture as a whole, are far more important than the “rights” people now take for granted as the highest good.

One of our difficulties today, however, is that with our individualistic perspectives, many of us don’t have any idea of the whole or of long-term consequences. Our thinking and evaluating are all about what seems good or desirable for individuals now. Another difficulty is that we don’t realize how complicated a thing is tolerance. For as recent history has shown, what starts out being merely tolerated can soon enough supersede that which had tolerated it: and the result is intense conflict and moral decline.

It used to be a truism among social scientists that conservatives are more intolerant and prejudiced than liberals. By now, it is well-known that that belief was itself intolerant and prejudiced, reflecting the blinding and binding liberal bias of the social scientists themselves. In “The Ideological-Conflict Hypothesis,” a paper published in the February 2014 issue of Current Directions in Psychological Science, Brandt et al. summarize recent theory and research from three independent labs. In their words,

the psychological underpinnings of intolerance and prejudice—e.g., biased reasoning, the desire to promote cherished values, and perceived social threat—are not exclusive to people on either end of the political spectrum. In fact, these studies demonstrated that both liberals and conservatives express similar levels of intolerance and prejudice towards ideologically dissimilar and threatening groups.

Although liberals and conservatives should endeavor to be more tolerant (and less hypocritical) toward one another, we should recognize that tolerance is a rather limited virtue. Not everything is to be tolerated, and the sage G.K. Chesterton was quite right that “Tolerance is the virtue of the man without convictions.” For some pro-lifers, abortion always is wrong, being immoral, on principle. So, the absolutist pro-choice position is intolerable—full stop. Although I could give other examples of the virtue of intolerance, the essential thing to know is that it is partly by not tolerating things that we can strive for our moral values in the first place. Plainly, it is self-defeating to tolerate something if we think it is wrong beyond dispute and harmful. And whether we like it or not, we do define and actualize ourselves against the contrary views of other people and other groups. Our primary aim, then, should not be tolerance, empathy, and the easily delusive liberal rest, but victory.

This brings me to my final point, which is closely related to the view that without God everything is permitted. In the modern world, the loss of religious belief finds many of us wondering what to live for. What meaning is available after God? Meanwhile, the complexity of our situation is increased by the inadequacy of liberalism, whose morally negative character is both a virtue and a vice. That is to say, although liberalism doesn’t allow the state (which is not to be trusted) to enforce positive moral beliefs (in theory, anyway), thereby permitting a unique individual freedom, that very lack of moral guidance also promotes endless confusion and incoherence among conflicting ideas and ends.

Now, I am a pessimist, not a nihilist, and I believe our political and group struggles are good things, albeit difficult. It is partly by struggling with and against others, in order to actualize our values, that we can find meaning today. Nor is this so different from how people achieved meaning in the past. Like other right-wing writers, I spend a fair amount of time criticizing liberalism, but I realize that the regimes which preceded it also were necessarily fleeting, and had serious problems of their own, which indeed gave rise to liberalism itself. And just as people in the past found meaning through struggles that eventually produced liberalism, so in our time people can struggle to produce something that, in some respects, may be greater than liberalism. Nobody knows what that might be, and that, too, is a good thing, because that very uncertainty is what makes the meaning possible.

“Life never was a May day for men,” said Thomas Carlyle. And yet our struggles are intrinsically meaningful, and perhaps more important than our goals. Speaking for myself, anyway, I generally find that the satisfaction I get from an accomplishment—whether it’s a good piece of writing or winning a basketball game—is relatively brief and somewhat anticlimactic. The process, the striving, the struggle—that is the main thing, for that is what fills up our days and gives them a forward drive, something to live, to fight, and even to die for.