How Did it Happen? 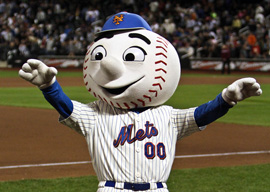 On Saturday night, my boys and I were watching the Mets defeat the Minnesota Twins at Citifield in Queens. It was a typically patriotic event that opened with “The Star-Spangled Banner” and included the Veteran of the Game moment where a player presents a war vet with an American flag and we all stand at attention. My eldest got on the Jumbotron with a Mr. Met costume he made and I was beaming with pride; then I got an alert on my phone saying there was an explosion in Chelsea ten miles away. We were concerned because there had been an explosion that morning in New Jersey right where the Marines do their annual run for charity. De Blasio was quick to quell our fears, however, with the promise that there was “no credible terror threat against NYC.” We watched the game go into overtime and I carried the kids to bed from the car late that night.

The next day, we learned there were actually two bombs in Manhattan that night. One didn”t go off because thieves accidentally disarmed it while trying to steal the suitcase it was in (not quite as heroic as Glasgow’s “set about ye“). The news also reluctantly conceded that while New York was reeling from the blast, a Somalian Muslim in Minnesota stabbed nine people in the name of Allah. Later Sunday night, another bomb went off in Jersey. This time it was by the Elizabeth train station. That’s five major attacks in one weekend, but thank God (our God) nobody was killed.

“Let’s reserve some of our hatred for the Westerners who enable Middle Eastern violence.”

Now, obviously we”re angry at the Muslims responsible. Dahir Adan was the Somalian who did the stabbings in Minnesota, while Afghan Ahmad Khan Rahami appears to be responsible for the ten bombs surrounding NYC. They were both immigrants who became even more radical after moving here, and their shitty culture is what drove them to attack ours. I”ve hated their kind since 9/11, but I have a new enemy: us. We keep inviting this terror by pretending it’s not there. While we were at the game, infantile ethnomasochists in London were holding a parade to welcome refugees. They danced to babysitter music, chanting “I really, really, really like you” while hideously twerking sideways and pointing to a crowd of refugees holding the Syrian flag. To call the footage of this cringefest the gayest thing imaginable is an insult to gays everywhere. It is miles below faggoty. It is willfully naive virtue-signaling that haplessly gyrates through the victims of Britain’s numerous child prostitution rings, honor killings, genital mutilation, and Sharia horror. Despite this, London elected a Muslim mayor with ties to radicalism and David Cameron committed to 20,000 more refugees (a number the castrated dancers claim is way too low). Let’s reserve some of our hatred for the Westerners who enable Middle Eastern violence.

On Monday morning, I saw Governor Cuomo get on the news and ponder whether there may be a link between the bombs in Jersey and the ones in Manhattan. Then Obama stood at the podium and said a lot about the attacks without using the word “terror.”

The real question here is not what happened, but how did it happen? More specifically, what was Ahmad Khan Rahami doing here in the first place? He had been traveling back and forth to training centers all over the Middle East. “He was questioned every time he returned to the United States,” said law enforcement, “but was not on the radar as someone who might have been radicalized.” Rahami is here because “diversity is our strength” and to question his travel habits would be racist. Trump called this back in December but was laughed at for being absurd. Instead of admitting he was right, Hillary went so far as to blame Trump for these bombings. According to her, the jihadist who had come back and forth from the Middle East learning how to kill us was enraged that Trump said Muslims were going back and forth to the Middle East and learning how to kill us. She also excoriated him for using the term “bomb,” not noticing she had used it herself.

The same weekend this was all going on, a Muslim immigrant attacked a New York cop with a meat cleaver. We”ll refrain from calling it terrorism for now because the story is he was enraged that the car he lived in got a parking-violation boot, but again, what is he doing here? He’s making politicians and rich people feel good about themselves”an indulgence they can afford because they don”t have to live near the people they import.