How the Left Killed the Hollywood Drama

Escape has been the theme for U.S. moviegoers in recent months, but audiences aren”t avoiding attending good, serious films; Hollywood is avoiding making them.

The newly released, highly derivative thriller Obsessed finished first at the U.S. office this past weekend, bringing in a surprising $28.5 million. That’s twice what industry analysts had expected and a good deal more than the film’s relatively low $20 million production budget. 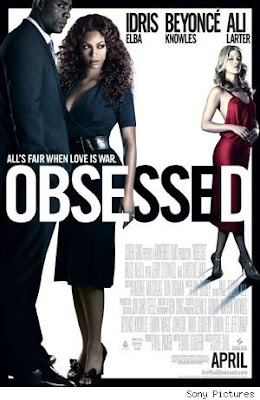 First-weekend audiences for Obsessed were undoubtedly swelled by the presence of singer Beyonce and the prospect of a catfight between her and homewrecker Ali Larter (Heroes).

Undoubtedly the film did not disappoint in that regard.

Also surely interesting for many viewers were the racial angles to the film, which add some small amount of flavor to an overripe story line. Critics and social advocates used to complain that black characters were too often shown as villains or subservient in media portrayals, which was true. Today the opposite habit is the fashion, and it is just as unthinking and stereotypical as its predecessor.

The previous week’s box-office champion, the lighthearted Zac Efron comedy 17 Again, finished second this time, while another genre film, Fighting, opened at number 3. The earnest Jamie Foxx drama The Soloist, about a stereotypical black cellist, came in fourth, bringing in less than the studio would have hoped. That follows the lack of success of recent dramas such as State of Play and Duplicity.

Analysts have blamed these poor performances on audiences” unwillingness to watch serious films, especially because people tend to want to escape from their problems during economic hard times.

I think that’s not the case at all. The reality is that Hollywood’s theatrical film wing has largely forgotten how to do good dramas, and the central problem is the ever-greater politicization of Tinseltown in recent years.

Comedies, action movies, and other genre films have been largely free of the incursion of left-wing politics, due both to their genre expectations and the audiences to which they”re pitched, especially the young, who are less energized by politics. And those films are doing very well.

Dramas, on the other hand, aimed as they are at more mature audiences, have been thoroughly overtaken by progressive politics. The poor box-office performance of the numerous dreary and politically slanted antiwar films of the past few years exemplify this trend, as do the numerous tracts against bourgeois normality and for sexual radicalism and other outlier attitudes evident in
Milk, The Reader, Transamerica, and other such filmic delights of the past couple of years.

The occasional Christian-oriented film such as Fireproof or nonpolitical drama such as The Pursuit of Happyness does very well at the box office, but Hollywood has largely killed serious drama by insisting on equating it with progressive politics.

Why? Flush with money from the nonpolitical genre fare, the studios are content to allow their big stars, directors, and other key players to establish their progressive artistic, political, and, yes, sexual bona fides for the progressive elites by making these politicized dramas audiences don”t want to watch.

That means these sorts of films will continue to be made as long as the studios continue to do well overall and the nation’s elites remain repugnantly leftist”but it doesn”t make it right.

This essay was originally published at Big Hollywood