I Hate the Comments Here 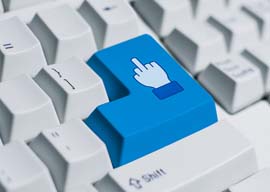 I”ve been writing for this site since 2008 and am very thankful to be a part of the Takimag family. It didn”t even occur to me to jump ship when the Derb was lynched and outside of my loyalty to the bravest old codger writing today, I didn”t leave because Takimag is unapologetically devoted to free speech. Taki senior is an inspiration and his daughter Mandolyna is a joy, but all that being said, the commenters on this site are a fucking nightmare.

They”re not as bad as the ones on liberal sites. They don”t use Valley-girl colloquialisms like “I just can”t” and “Is this satire?” Nobody is worse than the people who comment on Gawker, HuffPo, Slate, and Salon. They skipped school during the Logical Fallacies week and make mistakes that are so rudimentary, you feel like you broke into your babysitter’s diary when you read them. Almost without exception they say, “Sure, some people are like this, but others aren”t,” before concluding, “You can”t generalize.” I don”t know how many times I”ve had to tell these kids that one contrary anecdote doesn”t obliterate a pattern.

That doesn”t mean Taki readers don”t have their own phenomenally irritating habits. They can be summarized into the following five traits.

(1) “I DON”T OWN A TV”
You can”t discuss a TV show or a film without getting proud pedants telling you how they threw out their TV twenty years ago and “haven”t looked back since” (these same people inevitably watch TV on their computers, which is somehow meant to be different). Congratulations, you don”t take in information using a particular tool that most other people use. Do you also prefer vinyl to MP3s because the sound quality is “infinitely superior”? Like vegans and atheists, the TV-less can”t wait to tell us how much they enjoy abstaining from something the rest of us enjoy.

A television is like a computer. You don”t need to watch Real Housewives. You can DVR a documentary about the Ottoman Empire commercial-free and you can rewind it to show your wife the part where your father-in-law was right, there have been no famous Slovak generals. It’s just a tool. Do you also hate Sharpies because people use them to draw penises on the guy who passed out at the party? Most cable plans contain hundreds and hundreds of channels with pretty much everything you can imagine. I understand if you don”t have the facilities to bend this machine to your will. I just can”t understand how you fault others who can.

(2) DA JEWS
Every time I hear commenters talk about the Jewish problem on this site, I hear “Da Jews” the same way they say “Da Bears“ in that SNL skit. Sure, you can convince me that today’s strain of politically correct fascism has its roots in postwar Jewish Marxism. I”d even concede that the impetus was some kind of societal sabotage to prevent white males from feeling so good about themselves that they start another Nazi party. However, that was then and this is now. Today the fascists shutting down talks and getting people fired are white. They”re also primarily women and LGBT and mixed race, but the Jews are on both sides of the battle. Just last week we had yarmulke-wearing Joel Pollak pitted against yarmulke-wearing Ben Shapiro. Both are ardent supporters of Israel, but Joel likes Trump and Ben hates his guts. The so-called Jew-run media despise Trump despite his daughter (and hence his grandchildren) being Orthodox Jews. The modern Jewish experience is in the middle of a diaspora all its own. The “Jew York Times,” as you people call it, is way more inviting to Islam than everyone but Al Jazeera. If the Sharia law the Times fawns over were ever to be implemented, Pinch would be gone in a pinch.

You can”t get much more pro-Islam than these indoctrinated Marxist college students, and there is no way on earth they”d allow a pro-Israel speaker on their campus. We recently had Liberty GB’s Paul Weston and Jack Buckby (or as the U.K. antifa mob calls them, “Posh Spice and Scary Spice”) tour North America giving talks about the dangers of Islam. In Toronto, white goyim tried to shut the talks down as security from the Jewish Defense League pounded the crap out of the protesters every time the cops weren”t looking.

You can”t moan about a conspiracy when there’s so much infighting your enemy doesn”t have time for you. Even if the Jews were unified against you, what are you whining about? I”ll never forget Jared Taylor talking about the “Jews in your sandwich” mentality where you see them everywhere and it becomes a crutch. He pointed out that we criticize blacks for blaming the white man for all their problems and then turn around and blame the Jews for all our problems. “It gets to the point,” he said in that strange old-timey English usually reserved from 1940s movies, “where if it rains on your birthday, you blame it on the Jews.”