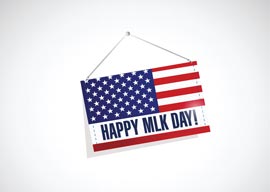 May a lowly white Canadian like me take a little pride in my knowledge of African-American “thangs“? You know what I”m talkin” “bout, Willis:

I wasn”t always this way. Canada might have been the last stop on the Underground Railroad, but when I was growing up, the only black people around were “West Indians,” and their undisguised contempt for American blacks was rivaled only by their distaste for Jamaicans. Both groups, they told us, were miscreants who “give us all a bad name.”

I only saw African-Americans on TV (they were in America, after all). My Scottish grandmother, whose heart was, I”ve always suspected, an alloy of granite and sleet, nevertheless cheered loudest when black contestants won big on The Price Is Right (and proceeded to go colorfully berserk).

Yet somehow, starting early in this century, “stuff black people like” started attaching itself to my brain like lint as I made my (privileged) way through this white man’s world.

“My Scottish grandmother, whose heart was, I”ve always suspected, an alloy of granite and sleet, nevertheless cheered loudest when black contestants won big on The Price Is Right (and proceeded to go colorfully berserk).”

It started when I discovered Kwanzaa, which led me to Shirley Q. Liquor, and now here I am, quite poised, should the need ever arise, to hold forth at some length on the topic “Why black people can”t swim.”

So imagine my surprise when I learned about something new:

I have no reason to lie to you, I swear on my kids:

From what I can make out, every year, African-Americans celebrate MLK Day with boozy parties at “da club.” Which is fine, I guess. White people have been commemorating statutory holidays with drunk driving and explosives since forever.
It’s not like I celebrate Canada Day by getting really drunk and holding a sÃ©ance to contact the ghost of my dog, so it would be peevish to expect Americans of any shade to commemorate Martin Luther King, Jr. through, say, displays of ritual plagiarism. If we”ve learned anything from the aforementioned Kwanzaa, it’s that historical accuracy is largely optional in the sphere of holidays.

But from what I can make out from these MLK party flyers, the whole “adultery” thing, on the other hand, is a key component.

You can see a collection at a Tumblr called “GetYourPeople,” whose disapproving motto is: “Ratchetizing our icons and abusing Photoshop, one shitty party at a time.”

All these handbills feature a photograph (or three) of Martin Luther King, as you”d expect. What you don”t expect (unless you”re J. Edgar Hoover, I guess) are images of the slain civil rights leader juxtaposed with stock photos of champagne bottles and barely-dressed females shoving their butts in his face.

In some cases, fireworks are Photoshopped, with exuberant, distasteful obliviousness, behind his head.

Delivering on the promise of its “Free At Last” theme, the Wish Ultra Lounge in Dallas lets everyone in, no cover charge (“before 10 PM”).

Not a few flyers helpfully remind partygoers that there will be “no school or work the next day,” which I didn”t think would be much of a concern anyhow.