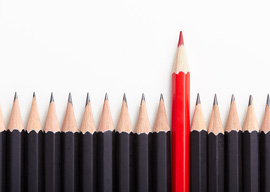 I have a confession to make: I enjoy reading New York Times columnist David Brooks.

(Wait, don”t hit the “back” button on your browser yet! I have a good point to make.)

The eggheadish token Tory of the Gray Lady has a reputation for being a stodgy bore with a broomstick up his rear. But on occasion he offers a good insight, and is far more self-aware than other pundits.

Where Brooks goes wrong is when he parrots liberal shibboleths in order to appear “respectable” in the eyes of the average NYT reader. His latest offering is another dish of the unctuous tripe he serves far too often.

In a column titled “Identity Politics Run Amok,” Brooks rues the trend of our politics “dividing along crude identity lines”along race and class.” Who, you ask, is responsible for America’s worsening racial and class divide? Is it the woman who gives mothers of attempted cop killers a national platform? Is it the sitting president who forces public schools to indulge in the sick sexual delusions of their students?

Of course not! The identity politics that Brooks so loathes is being fomented by the one and only Donald Trump, the soi-disant voice of the great white unwashed. The identity politics “practiced by Trump,” Brooks writes, “distracts from the reality that we are one nation. It corrodes the sense of solidarity. It breeds suspicion, cynicism and distrust.”

To his credit, Brooks censures the left for engaging in the same politics of id. But the real bad guy, he makes clear, is Trump and his traveling road show of the poor, the white, and the pissed off.

Why conservatives have become so averse to identity politics, I don”t understand. Sure, I get that speaking highly of “ideas” and “evidence” sounds high-minded. And yes, the right is supposed to be focused on the individual and his unique capacities. As premier cuckservative Jonah Goldberg recently wrote in the National Review, “Classical liberalism holds that the individual is sovereign and that he or she should be judged on his own merits, not according to his tribe, his class or faith. Identity politics is hemlock to this vision.”

But is it really poisonous to the dignity of the individual conscience to recognize that who a person is matters? That, yes, we”re all individuals, but each of us belongs to various groups that help us define ourselves and create meaning in our lives?

From a conservative point of view, treating identity as a bad thing would be analogous to treating heritage and tradition as inconvenient barriers to be torn down. In his acceptance speech for the Templeton Prize last May, British rabbi Jonathan Sacks identified the crucial role identity plays in our lives. “History,” he said, “is about facts,” while “memory is about identity.” It is memory, Sacks maintains, that contains “my story,” and it is “the past that made me who I am, of whose legacy I am the guardian for the sake of generations yet to come.” There can be no identity without memory. And for Sacks, if we are “without identity” then we are “mere dust on the surface of infinity.”

Identity politics is most often attributed to the left, but at its core, progressivism is about abolishing personal identity in the quest for the universal, perfected man. The whole idea behind the “New Socialist Man“ is to reengineer human nature to cut his inherited ties. In a society of completely atomized individuals, there is no family, no religion, no community, no race, no nationality. Just plain, unbiased human beings starting anew.

Can you think of anything more boring or meaningless?

In a society without common ties, no events would generate collective remembrance. Just think where we”d be: The Greeks wouldn”t have Marathon; the French would miss Verdun; the Russians would have no Stalingrad; the Brits would lose Somme; Yorktown, Gettysburg, Pearl Harbor, and the World Trade Center would mean nothing to Americans.