Ideology: A Waste of Time 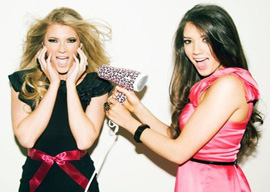 My executive editor at a Florida magazine, Hardy Burt, informed me at lunch one day, “God is a girl!” This was after his first vodka martini. I can’t imagine what we were discussing. He may have been right. It would be nice to think so. He appeared to be dead serious. He was much older and wiser than me and had been a public-relations genius in New York before a scandal forced him to leave town.

I have stumbled upon something extraordinarily profound, and it reminds me of what Hardy said years ago.

I tend not to get through The New York Times and London’s Financial Times on a daily basis. So they pile up. After a month or so I need to stay put in my room and set aside an entire Sunday to look them over, cut out articles, and think about the news as it was first presented, comparing it to what eventually happened. Some events are reported in passing, never to appear on the radar screen a second time. Certain phenomena I would have never heard about at all.

In this way, last weekend I discovered an article dated September 30th in the Financial Times about teenage shopping sprees and “haul videos.” What in the world is this? I asked myself. The article focuses upon two young, attractive American sisters named Elle and Blair Fowler, also known to their many fans in the viral world of YouTube videos as AllThatGlitters21 and Juicystar07.

“All these efforts spent upon politics and ideology in my salad days now seem like a horrible waste of time.”

What did the sisters do to merit an article in the Financial Times? They go shopping and report about what they buy over YouTube. It’s not complicated. The girls are enthusiastic and wide-eyed. They are not selling anything, or at least they weren’t when they started in 2008. They merely talk about themselves and the products they buy to keep themselves happy and beautiful. I mean, that’s it. By way of introduction, here’s an interview with the two sisters. And a sample of an Elle beauty video. Here’s another, a long one discussing books!

Retail therapy should not be underestimated. It is real and significant, a necessity. It could be argued that the entire US economy is now based upon it, which is to say, upon the consumer.

But Elle and Blair represent more than that. For me they are proof positive of an unspoiled, youthful world free of intellectualism, where there is no place for regrets, second thoughts, or big ideas. Everything just is, as it should be, and it is all good. There is no conflict in which to become embroiled, and you don’t need to solve a problem. The possibilities are endless.

Shopping is simply a manifestation of this fact, not an end in itself. It is the nearest and most convenient reality to be enjoyed by anyone, oblivious or not to our modern age’s glaring defects. In sum, Elle and Blair are not mere airheads, although that would likely be your first impression.