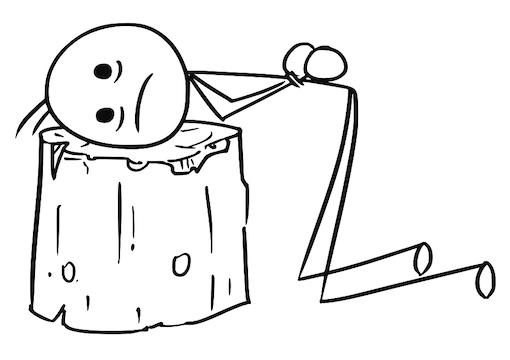 During the Black Lives Matter era, the number of deaths by murder in the U.S. has increased over 40 percent in the years 2014 to 2020, with several thousand more incremental homicides just since the death of George Floyd.

What can we do about it?

The data are now conclusive that relative to the declining homicide trend line of the previous era, the Black Lives Matter push has gotten an extra 10,000 or more black lives ended over the past half dozen years. Denouncing cops and sanctifying criminals leads to many more murders, especially of blacks shooting blacks.

Murder should instead be going down like it was before the Establishment decided at Ferguson that the system of law and order that had been more or less succeeding for twenty years should be junked on the baseless belief that black problems with the law must be the fault of the law, not of the blacks.

By 2019, blacks were up to being known murder offenders at 8.2 times the rate of nonblacks. The 2020 ratio will likely be worse.

This inordinate murderousness is a massive problem for America, stretching far beyond its direct victims. Murder, the ultimate crime, contributes to our hollowed-out cities and long commutes from the hinterlands. And all the shootings make hopeless liberal plans like Raj Chetty’s for diluting the black underclass’ antisocial culture through integration.

There’s much talk at the moment about censoring social media. But I never see discussion of how to reduce the death toll social media takes in the inner cities.

Over the years I’ve probably read five or ten interviews with black police chiefs in which they lament how social media facilitates the kind of knuckleheaded interpersonal beefs that lead to black-on-black murders.

“The Black Lives Matter push has gotten an extra 10,000 or more black lives ended over the past half dozen years.”

In a violent lowbrow culture, social media’s public nature and the fact that everything you and everyone else says goes on your permanent record makes it more likely that some fool will decide that a diss demands a death.

But there’s no pressure on the vastly wealthy social media monopolies to figure out ways to keep their platforms from being used to incite black-on-black murder. What’s the political payoff? And it sounds racist to worry about it.

Next, one striking aspect of 2020 is that it gave us a crude natural experiment with which to test the libertarian proposition that the criminalization of drugs is what causes murder rates to be high in America. Arrests for drug offenses had already been declining in 2019, then dropped by one-third during the first six months of the pandemic.

In defense of the libertarian theory, it could be that decriminalization didn’t fail, it just wasn’t tried hard enough.

Or maybe what drug dealers need is legalization: i.e., if your cocaine wholesaler tries to stiff you on delivery of the 100 kilos you paid for, you can sue him in court and have the government force him to deliver your cocaine according to your legally enforceable contract.

In that libertarian utopia, consumers could buy Coca-Cola brand cocaine by the pallet-load at Costco.

I’m not sure I want to live in that world.

One question is what fraction of murders these days is driven by drug business logic versus how much is caused by lame interpersonal beefs. Jill Leovy, the L.A. Times’ murder reporter, emphasized the latter. Watching The Wire tends to give white people an inflated impression of how much black-on-black murder is driven by drug business rationality, when much is just idiots killing each other in lame squabbles.

On the other hand, when nice white people try to think about the death penalty for black murderers, they suddenly become extremely aware of all those Bell Curve statistics about blacks having a one standard deviation lower average IQ and thus being unclear on the “Thou shalt not kill” concept. For example, New York Times columnist Elizabeth Bruenig wrote a heartrending column about a childlike black Death Row prisoner whom she argues must have an even lower IQ than the 77 at which he tested:

In January 1993, a psychologist asked Corey Johnson to write a story about a picture of an astronaut crouching on a lunar landscape. In loops of cursive script, sloping left and then right, Mr. Johnson wrote, “me and my Mom went to the moon, when we got there there was people wroking they look like they was beilling something, but what I like most was when this man show us what they was look for.” The tale meandered for another nine sentences, culminating with a mystery: “but when I saw this man he look like he had found something, what I don’t no.”

Usually, the elite press treats IQ as a pseudoscience that understates black IQ for inexplicable but no doubt racist reasons. Yet Bruenig dives deep into IQ nerdery to make the case for sparing poor Corey by arguing that the test overstated his IQ:

Although Dr. Cornell had administered the WAIS-R, a test released in 1981, based on population data from years prior, he did not adjust for the Flynn effect in 1992. Dr. Olley, on the other hand, observed in his report that, “if corrected for aging norms, the score would be 72.8”….

Yes, the Times printed an IQ score adjusted to one decimal place. Bruenig goes on to argue that 72.8 is close enough to the 70 IQ cutoff for not executing people that has been more or less standard since a 2002 Supreme Court decision sparing the retarded.

Back then, Linda S. Gottfredson, co-director of the University of Delaware–Johns Hopkins Project for the Study of Intelligence and Society, was bemused by the sudden deference granted to IQ testing:

“Just about the only time I see journalists and liberals take IQ seriously is when it meets their ideological predilections. For example, they treat IQ as real when anyone claims that early intervention raises it, but not when evidence goes the other way. And so it is with crime. We are told we must not link IQ with crime, unless low IQ can be used to roll back the death penalty.”

The late psychometrician Chris Brand, a staff psychologist at a British prison, told me:

“My inclination is to say the low IQ do know murder is wrong, but that their grasp and control of their own actions is rather slight when temper or sex are roused or drink is taken.”

The death penalty is seldom applied in crimes of passion. It’s more likely to be demanded in aggravated cases where the murderer showed logical foresight, such as by killing witnesses to prevent them from identifying him.

What about Corey Johnson? Is he a Forrest Gump-like innocent who happened to be at the wrong place at the wrong time? Actually, he was a prosperous businessman who murdered seven people in cold blood pour encourager les autres. From the 2004 appeals court decision upholding the death penalty for Johnson:

…James Roane, Cory Johnson, and Richard Tipton were…principal “partners” in a substantial drug-trafficking conspiracy that lasted from 1989 through July of 1992…. [A]ppellants obtained wholesale quantities of powdered cocaine from suppliers in New York City, converted it by “cooking” [it] into crack cocaine, then packaged it, divided it among themselves, and distributed it through a network of 30–40 street level dealers, “workers.”…

Over a short span of time in early 1992, Tipton, Cory Johnson, and Roane were variously implicated in the murders of ten persons within the Richmond area—all in relation to their drug-trafficking operation and either because their victims were suspected of treachery or other misfeasance, or because they were competitors in the drug trade, or because they had personally offended one of the “partners.”

In other words, despite his childish prose style, Corey Johnson is a bad man straight out of The Wire.

Most people have strong views one way or another on the death penalty. My view is more cold-blooded. I think its existence as the ultimate punishment could play a useful role in deterring criminals from shooting witnesses. As Leovy complained in Ghettoside, the dozen or so murders of witnesses each year in South Central Los Angeles underpins the snitches-get-stitches culture of impunity for killers that makes possible the atrocious murder rate among blacks.

If we actually believed that black lives matter, we might try for the next ten years to speedily execute everybody who murders rationally to cover up previous murders in order to break the back of the culture of impunity.

Of course, we won’t do this, because Black Lives Don’t Matter to elites, except as a political tool.