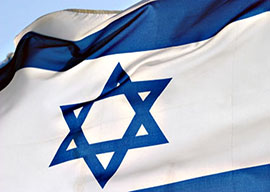 I can vaguely remember a time when there were no security checks whatever before getting on a commercial jet. You showed your ticket and walked onboard. When was that? I’m not sure. Maybe in the early 1970s. I remember when National Airlines, under Lewis “Bud” Maytag’s innovative leadership, had an arrangement whereby his perky, up-for-anything stewardesses grilled steaks in the Boeing 727 galley between Miami and New York. I have not been able to document this, however. Maybe I dreamed it. That’s possible. Anyway, Maytag had some interesting and suggestive ad campaigns highlighting his stewardesses and Miami hijinks.

All that is history. Now we are under a kind of siege when it comes to air travel. A few days ago a good friend sent me an Ann Coulter article. My friend calls himself a conservative. Coulter calls herself the same thing. Her article complained about Muslim terrorists and the U.S. Transportation Security Administration’s new pat-down policies and invasive body scans in response to Muslim terrorists. Coulter is keen on propagandizing the self-destructive “War on Terror” like every other neocon apparatchik, but she is against the TSA’s new policies”which are, ironically, part of the same war. She is in the business of fighting fire with gasoline.

“If you are not Old Right, you’ve been misinformed. Neocon dupes and flag-wavers such as Coulter promote a mindless, knee-jerk anti-Arab policy when it comes to Israel and the Middle East.”

This is all so stupid. My conservative friend regards Coulter as brilliant and not dopey. I told him that she is too skinny. She should stop exposing her bony shoulders and long arms. She needs to cut out wearing miniskirts and using sex to sell her silly books. I was dining in a Palm Beach restaurant not long ago and heard Coulter’s distinctive squawk nearby. She was on a date, discussing politics. “Right!” and “Right!” were her conversation’s highlights. She is having fun and it is all a game, and I can’t blame her for that. Like Limbaugh and Hannity, she is making a fortune out of it. She’s a current-events freak, a fan of her own voice and blonde hair.

I’m so sick of slick pundits, goofs, and war profiteers such as Coulter, Rush Limbaugh, and Sean Hannity. If you are not Old Right, you’ve been misinformed. Neocon dupes and flag-wavers such as Coulter promote a mindless, knee-jerk anti-Arab policy regarding Israel and the Middle East. This makes them popular, if not exactly original. Their policy, which is essentially Washington’s policy, which is essentially Tel Aviv’s policy, has gained America nothing but hatred and contempt from the Arab/Muslim world, leading to negative repercussions that include terrorism and 9/11 itself. But when the consequences of our foreign policy become grotesque, such as at the airports, the mainstream so-called conservatives put on their “limited government” hat and insist that Washington not bother us. Just check swarthy young men like the 9/11 hijackers. Not the rest of us. But the trick is to avoid the entire problem to begin with”or at least stop exacerbating it! Such an idea does not seem to have occurred to the talk-show conservative blowhards or anyone in authority. One wonders why not.