I’m Not a Racist, Sexist, or a Homophobe, You Nigger Slut Faggot 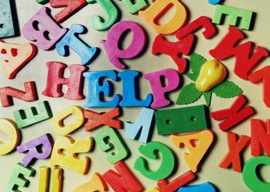 When pestered about their pedagoguery, the politically correct left insists they need to police our language because “words are powerful” and “words have meaning.” Calling a woman a “slut” can ruin her life unless she’s at a SlutWalk, in which case the word has come full-circle and is now empowering. Saying the word “nigger” in public anywhere in America is unthinkable, unless it’s in a rap song, in which case it’s “bad” meaning “good.” Likewise, “queer” is an antiquated word that reeks of homophobia unless you’re watching gay TV, in which case it’s a lot of fun.

Each word’s definition is forever in flux, so how are we supposed to know who the bigots are? When questioned about the parameters, we’re told it’s all about context and is contingent upon who said it. There’s an implication that deep down we’re all racist, sexist homophobes, so if words are so goddamned important to everybody, let’s nail down their exact meanings once and for all.

“If words are so goddamned important to everybody, let’s nail down their exact meanings once and for all.”

In Great Britain, “racism” is a very broad term that seems to mean “disliking people who aren’t like you,” and even criticizing extremist Islam begets the term. Listen, all you British people in Britain—if I may be so bold as to call you that—“RACE-ism” has to involve a race. You’re not racist if you’re anti-Islam, because that’s a religion. And indigenous Britons from different parts of the island don’t constitute separate races, either. When I was last in Glasgow, an old white Scotsman was facing racism charges for telling a young white Englishwoman she needs to go “Back down the road where you came from.”

And as long as you don’t harm them, what’s wrong with feeling that a group of people are not exactly your cup of tea? I don’t like Russians, and something tells me that Australian abbos would get on my nerves. In and of itself, that is not racist. Unless you try to harm someone because of your generalization, there’s nothing wrong with making generalizations. As I define it—and as I demand that society defines it forevermore—“racism” is to deny there are exceptions. If you come across a black accountant who would be great for your company but you say, “No thanks” despite it all, you are a racist as well as a bad businessman. To be against your daughter dating a black guy without first getting to know him is also racist. What if he was adopted by white dentists? In that case, he’d just be a white guy with black skin.

It is not racist for white people to be unashamed of their race. Few people mind hearing “Navajo Power,” but there’s this implication that for whites to show any kind of pride means they want to extinguish other races. That’s as absurd as saying a Dallas Cowboys fan wants all the other teams to die.

To say black people are totally responsible for their lot in life now that it’s 2011 is not racist. Assuming white privilege has to be counteracted with black handouts is racist.

So where did the left get the idea that we’re all racist? Why were they so shocked when a black president was elected? Maybe, just maybe, people don’t reject “people of color” solely based on their color as often as we’re told they do. Do you know anyone who refuses to talk to an awesome black guy even when said black guy likes all the stuff they do? Do you know anyone who refuses to hire an amazing black salesman who will make their company tons of money just because of a previous commitment to prejudice? Me, neither. Most people are too selfish to deny themselves good buddies and great workers based on a stupid hangup.