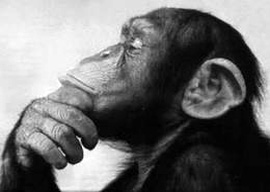 While I was arguing about abortion recently with a pro-choice pal he said, “I just wish stupid people would stop having babies.” This is a common sentiment among the smart community. Mike Judge’s film Idiocracy extrapolates on the current trend of smart people having fewer kids than everyone else and shows us a dystopian future where the president is a pro wrestler who thinks our crops need Gatorade.

After mulling this all around in my giant brain, I think I prefer idiots to smart people. They”re more fun. Despite the fist-clenching rage it inspires to hear this country’s liberal elite talk, they are not dumb. They”re actually pretty intelligent. Sure, they”re so out of touch they think biased news corrects years of “systemic oppression,” but as far as basic IQ goes, they”re well over the mean. But I find them to be about as amusing as leukemia.

There is a rumor that Richard Herrnstein’s motive for writing The Bell Curve was to prove that Jews are smarter, but Charles Murray’s motive was supposedly different. He allegedly wanted to get back to the way things were when his father was young. To his dad, being smart wasn”t something that was stolen from him by some rich kid who could afford Harvard. It was like having freckles or being good at tic-tac-toe. “Oh, you got a question about taxes?” I imagine Murray Sr. saying as he worked on his Chevy Nova’s transmission. “You should talk to Sandy’s brother. He knows all that numbers stuff.”

Two generations ago, nobody argued about IQ or that it was unfairly distributed due to institutional unfairness. They accepted it as a genetic trait. Kids with bad grades would be sent to trade schools, and the one smart sibling in a blue-collar family (like my dad) would get a scholarship to go to college. Nobody felt ripped off and the working class took pride in their profession. There are still people like this today. I”m good friends with a union electrician here in Brooklyn who has a tattoo that says “Working Class.” Once when I asked him a question about his mortgage he shrugged and said, “Oh, you gotta ask my wife. I”m dumb.”

When I grew up in the 70s, being smart was for losers. We were influenced by The Fonz, whose persona was based on dopey Italian greasers from the 50s. To such alpha males with omega IQs, book learning was for pencil-necked geeks. Acting like a semi-retarded New York greaseball defined cool for half a century. But then computers became popular and all of a sudden nerds were cool and stupidity wasn”t.

When I decide whom I want to hang out with, their IQ isn”t a priority. Are they open-minded? Are they funny? Do we share the same interests? These questions come up long before I have any concerns about their vocabulary. I”d rather hang out with a bellicose blooter than have some Pecksniffian blatherskite wax poetic about Richard Strauss. Classical music is nice on a Sunday if you”re hungover, but if I”m ripping through the Catskills on my motorbike with no helmet, I want to hear Godflesh or Young Buck. I don”t like having my higher senses titillated. I want them obliterated.

When I think of smart people I picture the morass of awkward divorces in the movie Husbands and Wives. Smart people are always kvetching about life, overanalyzing all its flaws and talking about themselves. Dumb people don”t have time for that. I work with a cameraman in LA who tells me his soldier buddies back in Tennessee are too dumb for PTSD. When talking about their experiences in Somalia they say things like, “You shoulda seen it! They were shootin” rockets. They were mad as hell! I just got back in my tank and got outta there. It was insane, dude!” Then they”re off to Afghanistan to play more real-life video games. Whom would you rather grab a beer with”them or Thomas Friedman?

In Appalachia, the rednecks destroy their front lawns by racing their rusty muscle cars through the mud. In Florida, stores that enforce the “No Shirt, No Shoes, No Dice“ rules get no customers. Over in California, the bouncing bodacious bimbos think they”re outside the box when they say, “War is bad.” I”ll take all of them over a New York intellectual who believes that being anti-Obama is racist. That’s retarded.