Immunity for the Speech Suppressors 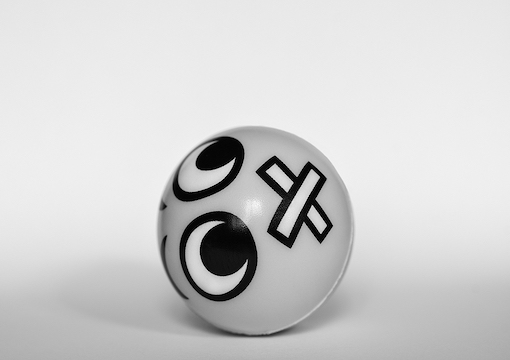 November 3rd…election day. There’s not much a man of my years can do at a time like this but think back to elections past. And at the moment I’m thinking of Friday, November 4th, 1988, four days before America had the privilege of choosing between two of the most uninspiring bowls of soggy Minute Rice to ever face off on the national stage.

During campaign season, the media had focused most of its fury on poor Dan Quayle, Bush’s marble-mouthed Spoonerist VP choice. Quayle, a social conservative, hit all the right “culture war” buttons, and the left responded with the predictability of piano-pecking chickens. Quayle was a racist, anti-Semitic, misogynist, homophobic fascist. And dumb, too! Oh, and his wife is ugly (Bill Maher shot a film in which he pretended to beat Quayle’s wife, Marilyn, to a bloody pulp, because, um, comedy?).

Having failed at all the usual slurs, and growing despondent over the baffling lethargy on the part of their candidate Michael Dukakis, Democrats and their media toads began grasping at straws. And they caught hold of one. On November 4th, reporters received the tip of a lifetime: A federal prison inmate in Oklahoma claimed that he’d sold pot to Dan Quayle when the VP candidate was in law school in 1972!

A devastating accusation: A dude smoked a joint in college. Surely this would be the silver bullet to fell the Bush/Quayle juggernaut.

The claim was being made by Brett Kimberlin, a young fellow serving a 50-year sentence whose only crime had been conspiracy to possess marijuana with intent to distribute. Oh, and possession and illegal use of a Department of Defense insignia, illegal use of the Seal of the President of the United States, and impersonation of a federal officer. Oh, and perjury. Oh, and a series of serial bombings that terrorized Indiana in 1978 (one bomb blew the leg off a Vietnam vet who later committed suicide due to his injuries). So surely this Kimberlin gentleman was on the level. I mean, the dude was practically a Boy Scout.

I remember it like it was yesterday. I was listening to L.A.’s resident far-left talk-radio paranoid schizophrenic Carole Hemingway (one of the earliest and most vocal proponents of the Reagan “October Surprise” conspiracy theory). On Friday the 4th, Hemingway was due to go live with a press conference held by Kimberlin from his prison confines to discuss the “explosive” Quayle pot-smoking allegations (not as explosive as an amputational bomb, but still…), when all hell broke loose. The feds had put Kimberlin in solitary! There would be no press conference. Reporters were being deprived of the opportunity to hear a convicted felon’s unproven allegation of minor drug use by a VP candidate when he was in college.

Democracy was dying in darkness.

Hemingway was one of hundreds of media voices crying out in the darkness that day: Kimberlin must be heard! Nina Totenberg of NPR led the charge to discover why the feds were putting a lid on such an earth-shattering claim of candidate malfeasance, mere days before a national election.

There was one overriding theme in every “mainstream” news report of Kimberlin’s accusations and the feds’ refusal to allow him to hold his press conference: We don’t know if the allegations are true, but this close to an election, the public has a right to hear them, and we, the press, have a duty to report them, so that voters can make up their own minds.

As Pacifica Radio host Dennis Bernstein said at the time, “the public deserves the option of deciding for itself if it believes Kimberlin.”

Following the Bush/Quayle victory, the press did not let up on the Kimberlin story. Now there were two exciting angles for the noble saviors of democracy to pursue: There was the drug angle, sure. Quayle was VP, so anything that could be used against him was of vital importance. But there was also the “suppression” angle. By placing Kimberlin in solitary, the government had limited the public’s access to information, the week before a presidential election. It wasn’t about whether Kimberlin’s accusations were fake (they were). It wasn’t about whether Kimberlin was an unreliable source (he was). It was about the right of the American people to have access to potentially pertinent information about a candidate. Let people hear everything—the good and the bad, the real and the fake—and let them make up their own minds.

That was the media’s take on the Kimberlin affair. Access to information, even potentially fake information, was what mattered. And the government had no right to prevent a story that was very likely false, from a source that was undeniably untrustworthy, from being heard by voters. This position was summarized in a 1992 New York Times editorial:

The truth or falsity of Mr. Kimberlin’s accusations is not at issue. A smooth-talking felon serving a 50-year sentence for drugs and violent crimes, Mr. Kimberlin had incentives to concoct charges. Officials at Justice and the Bush-Quayle campaign may have sincerely believed that the prisoner was lying about the alleged pot dealings in the 1970’s. That does not empower them to single him out for censorship and harsh treatment.

So, even though there was every reason to believe that Kimberlin’s claims were “fake news” and politically motivated disinformation, the torchbearers of light against darkness were adamant: Kimberlin’s almost certainly false allegations should not have been censored. Every major news organ at the time took the exact same stand.

“The gift of immunity has been extended to private-sector billionaires who’ve become the final arbiters of what gets heard and what gets buried.”

Yes, the same Washington Post that ran an op-ed a week ago arguing that the data from Hunter Biden’s laptop should be treated as disinformation even if it isn’t. “We must treat the Hunter Biden leaks as if they were a foreign intelligence operation—even if they probably aren’t…. The Biden leaks deserve the full potential-disinformation treatment. Every individual little fact—every email, every text, every photo—must be independently verified.”

Don’t run the story without verification! A complete 180 from how the Post approached the Kimberlin claims.

Still, at least the Post mentioned the Biden laptop. Most media organs ignored it, or spoke of it only as a Russian plot while lauding their own bravery in suppressing the story. Meanwhile, social media initially outright banned people and news organs from even discussing the laptop (funny enough, one gets the feeling that if there’d been Twitter in 1988, Jack Dorsey would’ve kept Brett Kimberlin trending for the entire election week).

The contrast couldn’t be more clear—in the Kimberlin/Quayle case, the right of the public to have access to information, even unreliable information, even deliberately false or misleading information from a convicted perjurer, was paramount. The fact that the unsound info from the felon with an agenda might have influenced the outcome of a presidential election didn’t matter; access is better than suppression. Conversely, with the Biden laptop, the press claims to have a duty to keep potential disinformation from the public.

An obligation to block access rather than fight for it.

Now, while the media’s hypocrisy in how it handled the Kimberlin situation vs. how it’s handling the Biden laptop affair is undeniable (and achingly obvious), there’s something even more sinister, but less obvious, about the double standard. After the election, Kimberlin sued the government for violating his First Amendment rights by preventing him from holding a press conference to spread his dubious claims to a bunch of salivating media hyenas. Specifically, he sued J. Michael Quinlan of the Bureau of Prisons (BOP), and Loye Miller of the DOJ. After several years of courtroom wrangling, Kimberlin lost with finality in 1993 when a three-judge panel of the U.S. Court of Appeals, D.C. Circuit, decided two-to-one that Quinlan and Miller, as government officials, were entitled to qualified immunity from the claims. In other words, two judges ruled that maybe Quinlan and Miller had robbed Kimberlin of his First Amendment rights, and maybe they hadn’t. But they had immunity. So bye-bye, bomber, your suit’s scuttled.

The dissenting judge, an angry black Jimmy Carter appointee, dissented, claiming that there should be no immunity against attempts to violate our sacred tradition of free speech.

That was October 1993. Three years later, leftists (and a semi-retarded conservative) shoehorned immunity for providers of online interactive services into the Communications Decency Act of 1996. That’s Section 230, the thing that Trump tweets about a lot these days (and the thing that I was writing about years ago). It’s what gives Twitter and Facebook and Google the ability to do to people on the right what Quinlan and Miller did to Kimberlin: They can be shut away in (virtual) solitary confinement.

There are times when leftists are better than rightists at “noticing.” Lefties saw how immunity allowed the BOP and DOJ to silence a guy who was peddling info that could have damaged a Republican. So in the mid-1990s they looked at that newfangled “Internet” thing and realized that immunity was the best way to ensure that the Internet could be used to “Kimberlin” rightists should Americans outsource the public square to Big Tech (which we’ve done, to an astounding degree).

And now leftists are working hard to remove qualified immunity from public officials, while at the same time working even harder to make sure it’s never taken away from Big Tech gatekeepers.

You gotta give leftists credit; they’ve played this one masterfully.

Kimberlin was, and continues to be, a most unsavory figure. He ended up serving only thirteen years of that fifty-year sentence, and then four more after his parole was revoked. He’s now a “respected” leftist activist. But his Quayle claims (which were later proven—by one of his initial defenders—to be completely bogus) should have been heard, on principle. The public should have access to all information about candidates, even info of questionable authenticity. But that was not the left’s takeaway from the Kimberlin defeat. Leftists didn’t learn what not to do…they learned what works.

This is a fine example of how Dems play the long game. Will it pay off on November 3rd? I have no idea as I write this…but I guess we’ll all know soon enough.