In Praise of Proud Boys 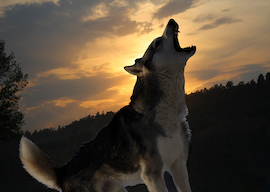 In terms of “optics,” last week was not a great one for the right. First, there was the arrest of “MAGAbomber” Cesar Sayoc. Now, I know this one is still hotly debated by rightists. Was the bomber a secret Democrat? Was it all a false flag? We’ll get back to that later. Because no sooner had Sayoc been apprehended than the nation witnessed a much more severe incident involving a far-rightist gone wild, when a self-styled stormtrooper named Robert Bowers murdered eleven Jews in a Pittsburgh synagogue.

Bowers is a neo-Nazi and white supremacist, and boy, does he hate Jews! So, to demonstrate the bravery of a typical Aryan übermensch, he shot a bunch of elderly people (most of his victims were in their 70s, 80s, and 90s). Such valor!

And then you had the racially motivated escapades of Kentuckian Gregory Bush, who, having tried and failed to enter a black church to shoot the place up, was forced to settle on shooting a bunch of black folks at a nearby Kroger.

With Sayoc, Bowers, and Bush all making their stage-right entrance a week or so before a hugely important midterm, it’s inevitable that Trump supporters are wondering if some kind of conspiracy is afoot.

Personal experiences past and present lead me to dismiss such suspicions.

There’s an issue that people on the right rarely talk about. But as someone with thirty years of mixing with fringe-right, far-right, and mainstream right organizations and figures, I gotta say it: We’ve all encountered at least one dude who makes us think, “That guy seems potentially dangerous.” Part of being on the right—in an organizational capacity or as a personality with “fans”—is the occasional fear that the guy who wrote you that overenthusiastic fan letter, or the fellow who showed up at that meeting a little too eager to “fight the enemy,” might at some point end up on the news…and not in a good way.

A lot of it has to do with the different manner in which right-wing and left-wing extremists engage in political violence. Leftists are most violent in groups. Individually, they tend to be pussies who’ve never fired a gun or gotten into a one-on-one fistfight. But as part of a mob? Now they find their courage. Mobs of leftists can lay a city to waste…but without their numbers, they’re usually not that much of a physical threat. Sure, there are exceptions…the black dude who gunned down Dallas cops in 2016, or the white Democrat who shot Republicans on a baseball field in 2017. In the world of ideologues, no one rule is hard and inviolable. But in general, when leftists attack, they do so as a pack.

Violent rightists, on the other hand, tend to be lone wolves. They sit at home, eyes glued to the internet (prior to the online age, they’d read homemade newsletters and cheaply xeroxed pamphlets), and they brood. They formulate insane scenarios in which dark forces have directly targeted them, and they obsess endlessly over this invented victimization. And they get angrier and angrier…dwelling on the supposed wrong that’s being done to them.

And, of course, these guys are almost always well-armed.

“We’ve all encountered at least one dude who makes us think, ‘That guy seems potentially dangerous.’”

When I saw what Bowers posted on Gab prior to his killing spree—“I can’t sit by and watch my people get slaughtered. Screw your optics. I’m going in”—I thought of the final words uttered to me by white-supremacist serial killer Jonathan Haynes (who I covered in more detail in a previous piece). Haynes began phone-stalking me in the early ’90s, claiming that Jewish film producers were depriving him of a “bride” by brainwashing white girls into only dating minorities. Haynes never threatened me directly; he thought I was one of the “good Jews,” the kind he could spill his guts to. I saved his voicemail messages because I had a bad feeling about the guy and what he might be capable of, especially after these chilling last words from his final message:

“I’m not willing to stand on a street corner and let people blow me away. I feel like I’m in that position to my enemies. Either they’re gonna blow me away, or I’m gonna blow them away.”

And then he blew a bunch of people away.

Notice the similarity to Bowers’ final statement? A paranoid loon who thinks he’s discovered a massive conspiracy against him, and now it’s up to him, the lone hero, to “go in.”

If you compare black mass shooters with white ones, you’ll see that blacks overwhelmingly prefer workplace massacres. From USAir employee David Burke, who crashed an entire plane full of people to get back at the supervisor who fired him, to Auburn Calloway, who tried to crash a FedEx plane to get back at his bosses, to the guy who shot his co-workers on live TV, to Cedric Ford, Omar Thornton, and Shareef Allman, black spree killers tend to target people they know. They need a specific, familiar face on which to pin their phony grievances. But white-supremacist killers hate people they’ve never met. They live in a fantasy world inside their head. A little too much abstract thought goin’ on in those big ol’ Aryan superbrains.

So yeah, this is a problem on the right, and it’s no surprise that two lone idiots, Bowers and Bush, decided that now was the right moment to “go in.” It doesn’t mean we on the right are responsible for those nuts, or that we shouldn’t vigorously oppose the left’s exploitation of the shootings to further erode free speech. But don’t scream “conspiracy.” These guys come with the territory.

Ah, but what about the “MAGAbomber”? What kind of supposedly right-wing zealot builds bombs that don’t work in the name of a bomb-threat campaign that only aids the left? What kind of self-defeating imbecile could possibly be that blind to consequences? Could anyone be that stupid?

Of course. In fact, just last week I had to deal with such a clown.

I was preparing to host a large event on the L.A. Westside for Ann Coulter, where she was going to give a talk and sign copies of her new book, Resistance Is Futile (buy it if you haven’t!). This was to be my first such event in five years. Back when I used to do high-profile conservative events on a regular basis, times were very different. No Trump, no Antifa threat. I never used to break my ass over security. I’d hire a minimum number of security guys, and I used venues that were far from impregnable, because the idea of violent thugs crashing them was not on anyone’s mind. In 2011, I did a large-scale gala right on Hollywood and Vine. Anyone walking down Hollywood Boulevard could have jumped a gate and they’d have been right in our midst. But we never worried about it, and it never happened. Ah, memories.

This time, I chose as impregnable a venue as I could. Second floor, no windows, no street access, only two doors, and underground parking. I asked the L.A. Proud Boys if they would serve as my security for the night, an offer they gladly accepted. The event was going to be completely private, invitation only, with the attendees culled from my personal, vetted mailing list. I was glad the Proud Boys were going to be there, but a week before the event, things took a turn for the bizarre, and all of a sudden the Proud Boys’ presence became far more vital.

My former podcast partner, Edwin Oslan, a self-proclaimed “punk rock right-winger” who moved to L.A. last year from West Bloomfield, Mich., was initially going to assist me on the event. After he cocked up the first task I gave him, I let him go. Bitter and angry, he demanded money from me. He also demanded that a Proud Boys leader pay for his drinks all night at the shindig. He had no rationale for those demands beyond a sense of entitlement. When he was refused, he decided to publicly dox the event, and then he embarked on a weeklong campaign to entice Antifa to violently disrupt the function.

Due to the doxxing, the venue received threats (including bomb threats). 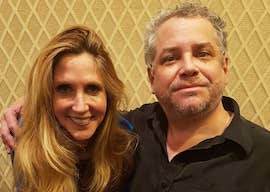 The L.A. Proud Boys stepped up in a way that went beyond my expectations. Marshaling a force of almost forty men, they kept us, and the venue, safe—at the doors, inside the room, inside the garage, and at the perimeter. They were as discreet and professional as the highest-paid security guys I’d ever hired…and they didn’t ask for a penny. Far from being a band of “thugs,” they were disciplined, coolheaded, vigilant, and friendly. I cannot say enough good things about them. They saved the day. In fact, at the start of her speech, Ann remarked that she’d never felt safer in California.

That’s why the left is so committed to destroying the Proud Boys. They are our anti-Antifa, and we need them. Without them, who knows what might have happened at the Coulter event?

So here’s my point. Had something terrible gone down that night, had the Antifa threats panned out, had Ann, the three GOP congressional candidates who spoke before her, or any of the attendees gotten hurt, would any of you have believed that the culprit, the instigator, was a self-professed rightist? You’d have been incredulous. “Why would someone on ‘our side’ put Ann Coulter and 200 L.A. conservatives at risk? Why would a ‘rightist’ try to destroy an event featuring one of the most influential conservative authors of our time?” Yet it happened. And, days after the event, there was Edwin on Facebook, bragging about how pleased he was that his efforts had elicited bomb threats. He joyfully admitted having coordinated with Antifa, and he even happily copped to having sent some of the threats himself. He thinks he’s a hero.

So yeah, this stuff happens. The common denominator between Sayoc, Bowers, Bush, and Oslan is that they were so lost in their blind hatred and delusions, they honestly believed their actions were heroic.

Truth is, I was caught off guard by Edwin’s behavior. I knew him for a year and a half, and I missed the warning signs that he was one of those guys who might pop off. But the Proud Boys saw it. Several months prior to my event and Edwin’s campaign to disrupt it, he’d tried to join the Proud Boys, and the L.A. Proud Boys leader smelled a rat immediately. This cycles back to my point about knowing there can be nutcases in our midst, and learning how to guard against them.

I slipped up this time, and I was saved by the Proud Boys. My personal debt to them is immense, and that’s the note I want to end on. As the left targets them for annihilation, the Proud Boys deserve support from all of us. Because one day, any one of us might need their help…to guard against our foes, or even one of our own.