In Praise of Mexican Inventors 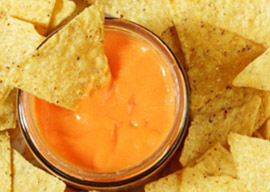 President Barack Obama”who would never lie…at least not intentionally…or at least he wouldn”t admit it…recently spoke at a Massachusetts school where he claimed that “30 to 40 percent” of the pupils are “DREAM kids,” which basically means that they are dreaming if they think they are here legally. He added that “our future rests on their success.”

Most of the DREAMers are from Mexico, a nation of 120 million whose residents love their country so much, they keep fleeing it to live in the United States.

Apart from a mean IQ of 87, what will these diminutive and swarthy newcomers bring to the table in terms of success? In his book Travels in Mexico and Life Among The Mexicans, Frederick Albion Ober speaks of the nation’s “inventive genius.”

OK, then, what have Mexicans invented?

“Toss a plate of nachos in the microwave and pop open a cerveza, America”you have seen your future.”

We are told that the ancient Aztecs invented chocolate, chewing gum, and popcorn”well, they didn’t exactly invent popcorn, but at least they shared some with their Spanish conquerors, which shows that they are a fundamentally nice and generous people. They also allegedly invented “mandatory, universal education” and “were familiar with the wheel” but only saw fit to use it in children’s toys rather than as an aid in conveying post-pubescent Aztecs across great stretches of dry terrain. It is also common knowledge that the Aztecs were pioneers in open heart surgery.

Wikipedia, which was named after a man named Craig”no, wait, that was Craigslist”lists a category called “Mexican inventors.” There are more than you might have expected”seven, to be exact.

Ignacio Anaya is thought to be the inventor of nachos. According to Wikipedia:

Heberto Castillo MartÃ­nez was a socialist political activist and inventor of the tridilosa, a steel-and-concrete architectural thingamajig that to the naked gringo eye looks fairly indistinguishable from basic scaffolding. Wikipedia’s page on the tridilosa says that the “topic of this article may not meet Wikipedia’s general notability guideline,” which would probably feel like a slap in the face to MartÃ­nez if he were alive.

Victor Celorio has received patents for a print-on-demand technology known as InstaBook, although he was not the pioneer of print on demand itself, seeing as patents for such technology go back to the 1970s.

Guillermo GonzÃ¡lez Camarena introduced a form of color television to Mexico and received a US patent for it in 1942. However, there are patents for color-TV technology going all the way back to the late 1800s.

JosÃ© HernÃ¡ndez-Rebollar received a 2010 patent for an electronic glove that can translate sign language “into spoken and written words.” Still, even the text of his own patent filing acknowledges that his “AcceleGlove” was hardly the first so-called “smart glove” and that the technology has roots that extend back to the 1960s.