In Praise of the Benjamin Button Babes 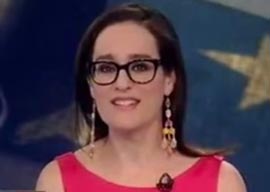 To be clear: The ideal female mate is young. You”re going to want three kids, and to do that you really need to get going by 25. My wife had our first in her early 30s and at the hospital she was wheeled through a door that said “Geriatric Mothers.” I thank my lucky stars we were able to defy biology and churn out three so late in life. I know you twentysomethings are convinced you don”t want kids, and I was the same way at your age, but you”re wrong. Talk to social workers who deal with the elderly. The deathbed moans from those with no kids are all about their total lack of legacy. Defying the biological imperative isn”t empowering. It’s a curse. So if you settle down with a woman over 35, you are making a huge mistake.

That being said, I”m not into women under 35. I remember having sex with young women when I was a young man and it sucked. Teenagers were the worst. It was like we were both trying to go through a doorway at the same time as we grunted, “Not there,” and apologized. My single friends often text me pictures of the twentysomethings they”re paired up with and I almost feel sorry for them. Sex lasts, what, 10 minutes? Now you have 23 hours and 50 minutes to talk to someone who says “like” every third word. The sex is terrible, too. They pump away like they”re working at a pump factory and there’s no intellect or imagination involved. It’s like playing tennis with a toddler. I want a woman who has been around the block and knows what she’s doing. I”ll spare you the details, but there are techniques you learn with time that only a wife can know.

“I want breasts with a bit of hang to them. If you can hold five pencils under your left one, I”ll write you a love letter.”

I even think they look better. Yes, there are soccer moms in the Midwest who cut their hair short, put on capris, and replace all heels with flip-flops, but the rest are what I like to call Benjamin Button Babes. Have you seen Kennedy when she was an MTV VJ? She looked like she was on Square Pegs. Today, with two kids under her belt, she flies dangerously close to 10 territory. I asked her about this and she said there was absolutely no cachet in being attractive in the “90s. Everyone wore Doc Marten shoes and if you wore high heels, you looked desperate. Thank God grunge is over.

Another Fox News BBB is Kimberly Guilfoyle. She was obviously attractive when she was young, but there was nothing there. She looked like she didn”t understand her own breasts. Today, with some lines under her eyes and a child to speak of, she’s pretty much perfect. I saw her without makeup at Fox and gasped at how exactly-the-same she looked. Dana Loesch is another conservative chick who gets more attractive every day. When she was young, she looked like a British librarian who specialized in the bog bodies of Northern Europe. Today, with her long straight hair and sculpted gams, she looks like Wonder Woman. I wouldn”t have touched young Dana Loesch with a 10-foot pole. Today, I would put that pole above my mantel over a plaque that says “This Touched Dana Loesch.” I feel the same way about Christiane Amanpour in her 40s and K.T. McFarland when she worked for Reagan. Even today, K.T.’s a total GILF.

At the other end of the political spectrum, we have Carrie Brownstein. Back when she was a grunge lesbian in the “90s, she looked like an ugly Jewish boy. Today she looks like a wife. Having sex with her would be a wonderful way to start your day, but then you have an intelligent equal to hang out with. You could argue about history or go to the Guggenheim stoned. Then the next time you fornicate, all that closeness developed throughout the day gets tied into it. Now you”re on an entirely different plane. This is what’s so great about marriage. People say it’s the same hamburger every night when you could be having steak and Thai, etc., but that’s a stupid analogy. As Red Eye host Tom Shillue once explained, it’s like having the same kitchen every night with different groceries being delivered every day. You learn how to perfect your soufflÃ© one week and then you spend a month on Southern food. Sometimes you make a 10-course meal fit for a king. Sometimes you just grab some chips.