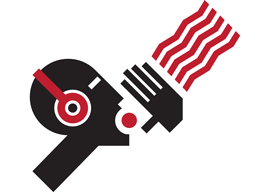 Last week, in the wake of the grand jury’s decision in Ferguson and the ensuing night of undocumented shoppers, I was planning to write the definitive essay on why the engineers of conventional wisdom”the holders of the Megaphone”always seem to get their big stories so ludicrously wrong.

For example, why would you stick with Michael Brown as your Exhibit A of the viciousness of the white race when, by August 18th, the public had both the autopsy report and the convenience store video demonstrating that Brown wasn”t the “gentle giant” of inane journalistic clichÃ©, but instead was a one-man crime wave?

But I got distracted from exhaustively enumerating the reasons behind fiascos such as Ferguson, because the latest self-evidently implausible story of the evils of straight white males and how something must be done about them was crumbling as I wrote.

Over the last 12 days of November, barely a single professional journalist had noted the absurdity of Sabrina Rubin Erdely’s article in Rolling Stone about the night of broken glass at the U. of Virginia (with its “overwhelmingly blond students”), in which fraternity boys purportedly behaved like the Cossacks in Fiddler on the Roof‘s pogrom scene.

Since then, Rolling Stone has admitted to botching the story. And the press in general has tsk-tsked about how proper journalistic etiquette requires asking individuals alleged to be gang rapists for their comments.

“These are propaganda parables that exist to demonize and depress large classes of people, to discourage individuals from coming together with their peers in a spirit of self-respect to assert their rights.”

But why do these nonsensical accounts get perpetuated?

The study of the workings (and failures) of the Megaphone is one of the central subjects of our time, but we lack even a word for the subject. Perhaps Megaphonics will do?

It’s a sprawling topic, so I”m only going to cover a few elements of Megaphonics here.

First, dubious concoctions like gang-rape-gate, Ferguson, and Trayvon aren”t really intended to be about individuals. As Theodore Dalrymple famously noted:

… the purpose of communist propaganda was not to persuade or convince, not to inform, but to humiliate; and therefore, the less it corresponded to reality the better.

These are propaganda parables that exist to demonize and depress large classes of people, to discourage individuals from coming together with their peers in a spirit of self-respect to assert their rights.

Consider a genuine phenomenon of “rape culture:” the widespread practice of Pakistani pimps “grooming” underage English girls to be raped en masse by themselves and their clients.

Until the “Independent Inquiry into Child Sexual Exploitation in Rotherham (1997-2013)” report finally came out this year, it had been considered low-class and no doubt racist to mention this ongoing pattern of Pakistanis raping thousands of English working-class girls across numerous cities. For more than a decade, the media and the police had succeeded in an awareness lowering campaign to keep English Christians from noticing the scale of Muslim rape culture (i.e., sex slavery) in what they had assumed was their own country.

Back in June 2013 I explained in “The Real Threat to British Elites“ why the English establishment had for so many years hushed up the still uncounted number of savage crimes committed by immigrants against English girls:

It’s difficult for Americans to grasp precisely why European elites are so terrified of populist organizations such as the British National Party or the ascendant English Defence League that they instinctively cover up the crimes of barbaric foreigners. A major difference between the US and Europe is that almost every European country has a rudimentary set of localist/nationalist organizations for young men already in place due to the more organic nature of sports over there. … [S]occer furnishes the skeleton of a system by which nationalist loyalties could potentially be organized.

For example, the hammer murder of Bosnian immigrant Zemir Begic in St. Louis last week for the offense of being white after midnight terrified the local establishment into a paroxysm of lying. The mayor and police chief explained how the minority mob, which shouted “Kill the white people,” couldn”t possibly have had anything to do with the mob violence in nearby Ferguson.

Why? Although Bosnian Muslims are not terribly tough by Balkan standards”back home in the 1990s they got shoved around by Serbs and Croats the way the poor little Ferguson shopkeeper got shoved around by Michael Brown”they are still much more likely to respond to communal violence in kind than are American-born whites.

This scares European elites. To them, Pakistanis are no challenge. Sure, they”re good at gang-raping little girls, but they”re hardly a threat to the establishment. It’s European men”with their talent for self-organization”who frighten Europe’s ruling class.

In the U.S., by contrast, there are few remaining examples of working-class men organizing themselves for sporting or social purposes. Most fan activity is centered around college or corporate teams. Occasionally, overenthusiastic fans in the ghetto celebrate victories with pogroms against immigrant shopkeepers, but that’s a minor concern. Entities like the Southern Poverty Law Center continue to beat the drums about the Ku Klux Klan menace, but the white American practice is flight rather than fight.

America’s lack of white workingmen’s groups means that fear and loathing among the dominant tendency in the media are directed toward self-organizing social groups higher up the class scale, such as country clubs (see “The Myth of the Golf Nazi“) and fraternities. As Erdely explained: “I”ll just say that this particular fraternity, Phi Kappa Psi”it’s really emblematic in a lot of ways of sort of like elitist fraternity culture.” And you know what elitist fraternity culture is like …

Of course, it turned out that this particular fraternity wasn”t, technically, involved. But that’s not the point. The point is that this fraternity with its impressive old house is emblematic of who founded the University of Virginia. And that’s intolerable.

Ms. Erdely has a track record of using lurid rape culture narratives to demoralize potentially conservative organizations such as the military and the Catholic Church. In contrast, the entertainment industry’s murky history of sexually abusing underage youths doesn”t seem to be of much concern to Rolling Stone.

Another Megaphonics phenomenon is currently happening in online comments sections. In the name of “having a conversation” about race or rape, actual conversations are being silenced.