Is There a Market Where I Can Short Liberals? 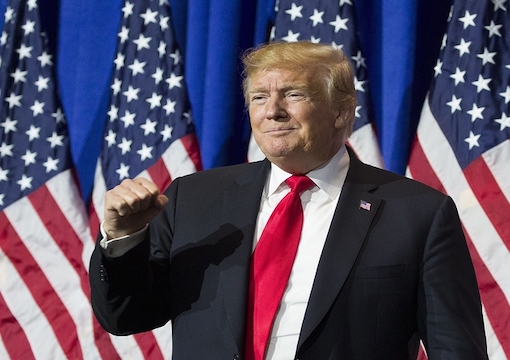 It’s been a great week!

In Iowa, the party that claims to be devoted to “science” and “technology” demonstrated that it couldn’t count to 10.

Trump delivered a triumphant State of the Union address, highlighting all he’s done to make America great again — and attacking previous administrations for failing to do so. It was such a bravura performance that when he was finished, Speaker Nancy Pelosi childishly tore up his speech from the podium in a shocking breach of decorum.

Hours after the president’s address, he was scheduled to be “acquitted” in the Senate impeachment trial — if that’s the right word for a dismissal of the most absurd charges ever brought against a chief executive.

After weeks of scurrilous accusations against him being made on the Senate floor, Trump’s job approval rating in Gallup polling has soared to 49 percent, the highest it’s been since he took office. He should ask Pelosi to impeach him again.

And the week is young! We should cap it off with something fun. For your gloating pleasure, let’s take a stroll down memory lane.

Liberals know nothing, but always express themselves with great bravado and certainty. These are people who claim to know exactly what the temperature will be a decade from now, but have trouble with what will happen next week. Their confident predictions are as useless as bill of impeachment or an Iowa vote count.

“Liberals know nothing, but always express themselves with great bravado and certainty.”

THE ECONOMY: As you’ve probably heard, the economy is booming under President Trump. Unemployment has fallen to historic lows, more than 7 million jobs have been created, and the stock market keeps setting new records. …

“In preparation for a completely unpredictable Trump presidency, I sold all stocks in my kids’ education accounts today. I urge u to do same.” — Kurt Eichenwald on Twitter, Sept. 26, 2016

“[Trump’s] statements reveal a deep ignorance of economics … He promotes magical thinking and conspiracy theories over sober assessments of feasible economic policy options. … If elected, he poses a unique danger … to the prosperity of the country. For these reasons, we strongly recommend that you do not vote for Donald Trump.” — 790 economists, the week before the 2016 election. The esteemed signatories included a dozen Harvard professors and a slew of Nobel Prize winners, such as Angus Deaton of Princeton, Oliver Hart and Eric Maskin of Harvard, and Kenneth J. Arrow of Stanford, as well as four others evidently not interesting enough to be mentioned in articles about the letter.

“It really does now look like President Donald J. Trump, and markets are plunging. When might we expect them to recover? … [A] first-pass answer is never. … So we are very probably looking at a global recession, with no end in sight.” — The New York Times‘ Paul Krugman, Election Night 2016

THE MUSLIM BAN: On June 26, 2018, the United States Supreme Court upheld Trump’s “Muslim ban,” in an opinion that simply cited the law:

“By its plain language, Section 1182(f) [of the Immigration and Nationality Act] grants the President broad discretion to suspend the entry of aliens into the United States. … It entrusts to the President the decisions whether and when to suspend entry … whose entry to suspend … for how long … and on what conditions.

“The Proclamation falls well within this comprehensive delegation. The sole prerequisite set forth in S1182(f) is that the President ‘find[]’ that the entry of the covered aliens ‘would be detrimental to the interests of the United States.'” …

“The President of The United States’ unconstitutional Muslim ban has been rightly thwarted by the courts.” — Rep. Jerrold Nadler, D-N.Y., Ranking Member on the House Judiciary Committee, Feb. 14, 2017

“[Sally Yates] warned the White House that their Muslim ban was illegal, it was unconstitutional. She told them she would not direct the Justice Department to defend it in court. The new president fired Sally Yates for that. But, you know what, she’s been proven right.” — MSNBC’s Rachel Maddow, Feb. 21, 2017

“[Trump has] leveled personal attacks against federal judges and career prosecutors who dare to see his promised Muslim ban for what it is, unconstitutional.” — Sen. Patrick Leahy, D-Vt., Senate Judiciary Committee, March 20, 2017

“I believe Kavanaugh is dead at this point. I would be shocked if he’s ever a Supreme Court justice.” — MSNBC’s Donny Deutsch, Sept. 17, 2018

I guess the lesson is, self-appointed experts operating within a media that rewards liberal fantasy and invective over reality are not the best touchstones of truth.