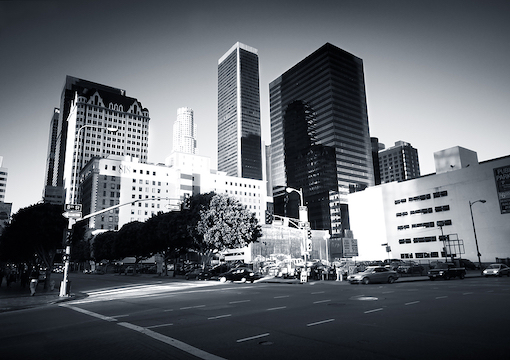 Part II of my series about the changing face of my native city. Part I can be found here.

When I was young, it was ridiculously easy for Westside homeowners to find a Mexican to do yard work or haul trash or feex spreenklers for ten bucks. The Mexis out here reminded me of the people I encountered in Eastern Europe in the immediate aftermath of the Soviet Union’s fall. They didn’t “get” the value of a dollar, they just knew a dollar was valuable. They’d grab $1 with the same childlike gusto as $100.

Well, that used to be the case with our Beans.

Not anymore! At some point, our Mexicans learned about median home values, neighborhood income levels, and how the three types of Jew, “Seinfelds” (secular Jews), “saucerheads” (Orthodox), and “loudshirts” (Persians), always have money even when they say they don’t.

So these days, when I need to have something feexed on my property, I have to haggle. More than that, the Mexicans have learned all the bargaining tricks that I imagine the Jewish peddlers of old practiced.

The days of the ten-dollar Mexican are over. And while the niggard in me is angry, the Angeleno in me couldn’t be happier. Because this is a healthy thing for the city. Westsiders now deal with canny Mexican businessmen who know how to negotiate and who then go out and hire the two-dollar Mexis to do the labor as they supervise.

We never got that kind of business savvy when blacks were our main minority (our blacks were so labor-averse, when I was a kid neighborhoods like mine still had Japanese gardeners, because blacks never did that kind of work). Don’t get me wrong—if you spoke to the average 1980s L.A. black, they were all entrepreneurs. Rockefellers! Magnates! Underground Railroad Barons!

Nobody can talk a good game like blacks. They’re every bit as verbal as Jews (hence why both groups make the best comedians). They just tend to talk rather than do.

Back when there was a black L.A., more than a few “black liberation bookstores” dotted the landscape. Because with blacks, it’s never so much about succeeding as it is about preparing to succeed. “Before the black man can thrive, first he gots to git knawlidge! So read Malcolm, Garvey, and Farrakhan! Then you’ll get da mental skills to go out there an’ be successful!”

Before the black man can earn them degrees and cure cancer, he needs diversity officers and black student unions and segregated spaces and affirmative action and cops booted from campus and white voices censored. It’s never enough to just get into college like a regular person; blacks always need something more before they feel “comfortable” enough to start learning (almost as if they’re looking for reasons to shirk the work).

Like how some dogs can’t lie down until they’ve turned around in a dozen circles or stamped on the bedding over and over to comfy it.

“Until California Hispanics begin voting in numbers that matter, we’re all just guessing.”

Just lay the fuck down! If you’re so damn tired, Rex, stop the preliminaries and lay down!

Mexicans don’t wait for the Anglos to comfy their bed for them. They just do the work, and eventually some learn managerial skills.

My favorite black L.A. anecdote is about how one of the first buildings burned at the start of the 1992 riots was South Central’s oldest black-power bookstore, Aquarian—a frequent gathering point for such luminaries as Maya Angelou, Alex Haley, Alice Walker, and Rosa Parks. As the riots began, the owner saw a horde of blacks charging toward the strip mall where the store was located, and he was like, “Yes, my brothers! Come, get your revolutionary literature so that we may organize and…wait? What the fuck? You stupid niggas is burnin’ my muthafuckin’ store!”

The rioters reduced the bookstore to ashes…just because.

Worse still, there’s a new generation of young blacks who don’t even bother with the “comfy the bed before I honor you with my genius” routine. Thanks to the 1619 Project cult, the increasingly popular line is “We don’t have to lift a finger to do anything, now or ever. Our ancestors did the work, and we just wanna sit back and get paid what they’re owed.”

Hence the popularity of the black catchphrase “taking up space.” “We don’t gotta do a damn thing except take up space in a room.”

Irony of ironies; in the 1980s blacks detested the notion of being tokens—people hired just to be there, but never asked to contribute. Today, that’s the black ideal. We just witnessed that dynamic after so many “magic black girls” crapped out during the Olympics. Expecting them to perform is racist; we should be honored enough that they’re in the room.

But increasingly that’s no longer L.A.’s problem. And to those across the country whose cities are absorbing L.A.’s fleeing blacks, I can only quote Ash from Alien: “I can’t lie to you about your chances, but you have my sympathies.”

The Mexicans around here earn their keep. Many of you don’t like to hear that. But (to reprise a theme from last week) I don’t cater to people who want to be lied to. At the moment, there’s an equilibrium of sorts, a kind of burgeoning cosmic balance, that keeps this county running. Gentrified white/Jew/Asian areas serviced by a hardworking brownish underclass that harbors no racial or ideological animosity (Mexicans don’t possess the antiwhite hatred of blacks, or the anti-Christendom religious hatreds of Muslims, or even the sectarian hatreds of the Irish laborers who used to be the “trabajo Mexicans” of England), whose members can move freely between the underclass and the gentry (Mexicans can be short and brown or they can be Wonder Woman and Daisy Duke), and who are not resentful of the work they do (Mexis don’t see themselves as kings and queens who are degraded by having to get their hands dirty).

Sure, there’s Mexican criminality (mainly in their own neighborhoods). But as my colleague Steve Sailer has pointed out, Hispanic criminality might be worse than white, but it’s way better than black (to paraphrase something he wrote several months ago, if blacks could just reduce their criminality to Hispanic levels, this would be a much safer nation).

So for now, what we have in L.A. works. And I predict a trajectory over the next, say, twenty years where it will work better and better as the black population falls to statistically insignificant numbers. Gentrified areas and a labor force made up of (generally) hardworking people who don’t harbor bitter resentment and who actually like their own neighborhoods (thus avoiding the “I hate you but I want to be accepted by you” pathology that plagues black America’s attitude toward whites).

But there’s a wild card in the deck. An X, an unknown. The Mexican mystery, the cucaracha conundrum…we have no idea how these people will vote.

You may think you know, but you don’t. No one does. Because right now, L.A. Hispanics don’t vote. And they don’t vote to an astounding degree. As I wrote in a pseudonymous piece for American Renaissance in 2001, when Antonio Villaraigosa first ran for mayor of L.A. he was opposed by another Democrat who was backed by the city’s blacks. Mexis were told that this was the most important election for L.A.’s Hispanic community ever. Yet out of 600,000 eligible Hispanic voters, only 130,000 cast ballots. It was a wipeout; the black-backed candidate won handily.

Twenty years later, Hispanics still don’t vote. Statewide, Hispanics—California’s largest ethnic group—account for only 21% of “likely” voters. That’s “likely.” In terms of “actual” voters, the figure’s even lower. And the trajectory isn’t a slow upward climb, but the opposite: California Hispanics—including young Hispanics—stayed home in 2020 to an even greater degree than in 2016. The majority of them cast no votes at all.

Polling by the nonprofit Public Policy Institute of California shows that Hispanics in CA mirror the state’s whites in terms of self-declared ideological identification: 37% liberal, 32% moderate, and 31% conservative. That doesn’t mean Cali Hispanics are “natural Republicans”; it just means they’re unpredictable. We have no idea how that Hispanic ideological identification translates to votes because they don’t fucking vote.

So it’s all academic at the moment. Potential energy. And everyone’s on edge regarding what might happen should they suddenly decide to unleash it. And I mean everyone, including Democrats. There’s a reason Hispanic voting fell in California from 2016 to 2020: Democrats didn’t waste resources on outreach (neither did Republicans, but the Republicans in this state are brain-dead anyway; ask them to solve a puzzle on the back of a Lucky Charms box and they’ll have a stroke from the effort).

Again, it’s not that California Hispanics are “natural Republicans” or natural anything. It’s that they’re untested. Until they begin voting in numbers that matter, we’re all just guessing.

And for Democrats, who, like the old Soviet guard, prefer their elections predetermined, that’s not cool, hombre.

As The Atlantic noted last month,

In 2020, increased Republican turnout led to victories in four competitive House races with large Latino populations. One of those districts even elected the state’s first Republican Latino congressman since 1873. This is precisely what the 2020 election results revealed. Most notable were shifts away from Democrats in Latino communities, especially in Mexican American precincts in Los Angeles and Orange Counties.

So you can see why the Dems are happy to keep the Hispanic voting percentage low. They have a good thing going that they don’t want to risk (slavish blacks, Asians, and Seinfelds). No need to poke the piñata and unleash Mexican votes that may or may not go their way.

Nobody who makes their living in politics likes uncertainty. Democrats have grown lazy dealing with ethnics who reflexively vote “D,” and the pathetic few remaining Republicans who “work” in the city and county party apparatus use the fatalism of “we can’t win” to excuse their sloth (Mell Flynn, Cali GOP delegate and president of the Hollywood Congress of Republicans, is an actress. Don’t ask her to organize; she’s busy memorizing John Patrick Shanley monologues).

So we have departing blacks, mysterious Mexicans, commie Seinfelds, right-leaning saucerheads and loudshirts, and Asians who mimic the Seinfelds in IQ and voting patterns but lack the personality and humor.

Next week in Part III, I’ll wrap everything up with an overview of our whites.