Isle of L.A. Part I: The Changing Colors of the Landscape 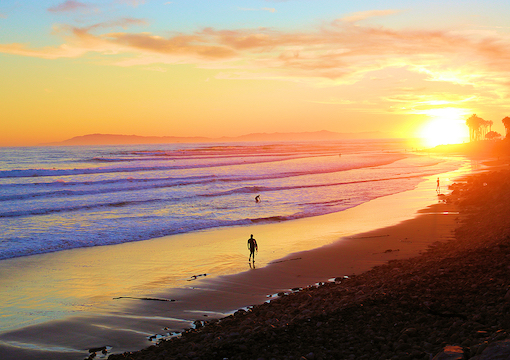 In honor of my upcoming 53rd birthday, I’m launching a two-part (or three…haven’t decided yet) series on the changing face of my native city.

I’ve never understood why some people want to be lied to. It’s why so many opinion journalists just make stuff up. If you speak comforts to your readers, they’ll never question your veracity, because for most people the definition of “true” is “conforms to my biases.”

I heard from a reader a few months ago who was incensed that I’d written so affectionately about my childhood experiences at majority-black public schools in the early ’80s. He wanted to hear that I got beat up every day by thugs. “Quit sentimentalizing blacks,” the dimwit barked.

To quote Norm Macdonald, “if something’s true, it’s not sentimental.” And the truth is I was happy and popular in school (to the point of being insufferably arrogant). No black kid ever laid a hand on me, and I never witnessed a single incident of antiwhite hostility. We were all friends. And the reason I wrote a column about it was to demonstrate how things can change. Because if I had kids of my own (which thankfully I don’t), I would not put them in an all-black school today. A conscious campaign to make antiwhiteness an essential element of being black, combined with another conscious campaign to promote “progressive prosecution” and decarceration, has encouraged antiwhite racial hatred while at the same time removing consequences for black criminality, a dangerous mix for a community with impulse control and resentment issues.

Now, that “don’t sentimentalize ’em” moron, by not wanting to hear about how things were, and by extension not wanting to understand how things have changed, is the type of person who’s incapable of comprehending current events, because for him time is a two-dimensional plane: no history, no future, just one flat through-line (which coincidentally pleases his biases) that never aberrates.

A few months ago some Ukrainian pundit I’m apparently supposed to have heard of named “Michael Malice” gloatingly tweeted that L.A. “has become the second Detroit” (Malice lives in Brooklyn where he was raised). It’s exactly what his followers wanted to hear. “L.A.’s a black ghetto,” they chortled, “gyuck gyuck gyuck” (or whatever Kallikak grunts such mouth breathers make).

As I said, dullards who can’t comprehend time passage.

“Those of you who see L.A. as only a meme might do well to study how things shake out here.”

In fact, L.A. County, which is down to about 7% black, lost nearly 150,000 blacks over the past two decades. To put that in perspective, that’s more than the entire population of Savannah, Georgia. A literal Savannah of blacks picked up and left (most heading either for the Section 8 havens on the outskirts of the county or back to the Deep South. And to that I say, good. Dance with the ones who brung ya).

But people who revel in comforting untruths don’t want to hear that.

Like the readers of New York Post conservative hack Miranda Devine, who loves to straight-out lie about how Beverly Hills is “blue” and “Democrat” (in reality, we’re the opposite). That’s what her audience wants to hear, so that’s what she gives ’em. “Beverly Hills is leftist Democrats, so they deserve BLM riots, gyuck gyuck gyuckawagawoolaramaroomarong!” (Devine’s Australian, so her Kallikak grunts have an Aussie flair.)

If there’s one thing the right doesn’t need at the moment, it’s more unreality.

To understand L.A. (and why it’s a place that matters, even to those who don’t live here), rightists must discard their illusions and fantasies.

To begin with, our Mexicans aren’t going anywhere. You could build a wall, you could have an immigration moratorium, or a complete ban. Doesn’t matter. Mexicans were foundational to L.A., and thanks to Reagan’s amnesty, all immigration policies since, and simple geography, they’re here for good.

Second, most of us are glad Mexicans displaced blacks. I don’t know of anyone who pines for that community except blacks themselves. With the antiwhite pathology currently coursing through so many blacks, and with the license granted to them regarding crime (due to Soros progressivism, but also due to the fact that whites who stand up to black criminals get their lives ruined by the media), I can’t imagine the nightmare this place would be if we still had our 1980-sized black population.

But the trash areas are small compared with the livable ones; if a war can be gauged by territorial gains, by land claimed vs. lost, gentrification has absolutely won against blight.

The recently released census race and ethnicity figures provide a lesson in why it’s better to look at L.A. with a clear head instead of a desire to dunk: What we’re dealing with now, many of you will soon be dealing with too. This is a county to study, because the lessons have widespread relevance.

There was a lot of chicanery in the way those census figures were portrayed in the press. The media grabbed onto the talking point of “the national white population declined for the first time evah!” Meanwhile, we were told, the black population held “steady” (the word used by almost every media organ from USA Today to Yahoo News to Ebony).

The “chicanery” lies in the fact that to paint this portrait, journalists had to use the figure of monoracial non-Hispanic whites (“white alone”), while with the stats for blacks, they did the opposite, using the figures of “black alone” and black in combination with anything else.

If you reverse that methodology, you get a very different picture. White alone plus those who identify as white “in combination” with something else rose in real numbers from 231,040,398 in 2010 to 235,400,000 in 2020. Whites who checked “white plus something else” rose a whopping 316% since 2010. So while “white alone” did indeed fall to under 60% of the population for the first time in census history, white alone plus white combo came in at 71%.

Considering that a large percentage of “white combos” are Hispanic, counting them as part of the entire figure for “white” has historical precedent, as in olden days Mexicans were automatically counted as white on the census.

Blacks, far from “steady,” showed a downward trend in real numbers and a drop in percentage. Black alone, a category that grew by 4.3 million from 2000 to 2010, grew by only about one-quarter that amount from 2010 to 2020. Black “in combination” grew at a better rate, but a lot of that growth was due to Hispanic blacks (Caribbeans mainly).

The point being, the news is not good for blacks. The Hispanic population ballooned to 18.7%, meaning that it will very soon be 20%, a full fifth of the nation.

Interestingly, 52% fewer Hispanics chose to identify as “white alone” compared with 2010, preferring to simply check “more than one race,” a massive drop caused not by immigration but by a large number of Hispanics from 2010 changing their checked boxes in 2020. As Pew noted, many Hispanics wrote in “Hispanic” as a race, as it’s not an option provided on the form (because it’s not a race). That so many Hispanics shifted from “Hispanic ethnicity and white race” to “Hispanic more than one race” is likely due to the fact that they see white as a race and Hispanic as a race and they’re saying, “I’m both.”

But I’d suggest another reason for the drop in “white alone” among non-Hispanic whites and Hispanic whites: It’s not good to be white right now. From the private sector to the government, it’s the smart move to say you’re not “just” white. I’d argue that these box-checking shifts reflect not so much a changing national complexion, but people responding Pavlov-style to a system that’s made it burdensome to be white.

There’s the daily barrage of antiwhite propaganda from the media, government, academia, and corporations. But there are also practical reasons for checking “white plus something else.” These days, whites are last hired first fired. Private industry has antiwhite quotas, and governments federal and local are instituting antiwhite race-based policies. Add to that the fact that the census was being taken at the exact moment BLM was targeting whites for violence and whites were being told to “shut up and sit down,” and the “bet-hedging” of checking more than “white alone” starts to make more sense.

Indeed, the Census Bureau’s celebratory “whites are declining” press release contains an admission that the white “decline” is “largely due” to “improved self-identification” as opposed to “demographic changes.” Leftists want to push the “whites are vanishing” line because by creating the illusion of a burgeoning nonwhite majority they can continue to push whites out of the public sphere in the name of “proportional representation.” Don’t take the bait.

A few weeks ago in Quillette, the University of Winnipeg’s Dr. Marilyn Simon discussed how it’s become so unfashionable for teens to identify as “cis” (a term that’s been in wide use for barely a decade), straight teens are finding creative ways to not call themselves straight:

The trend for self-identifying with a sexual identity other than “cis-” has even led some seventh graders to identify as a new sexual category “semi-bisexual,” which means “bi-sexual but attracted to only one gender.” In other words, straight.

Teens aren’t necessarily getting less straight; they’re just responding to social pressure to not identify as straight. So they check boxes to prove they’re not “the bad thing.” Keep telling people “this thing is bad” and they’ll stop identifying as that thing even if they are that thing.

So I suggest caution with those census numbers. More than likely, that 71% “white alone and in combo” figure is quite white, and the 52% of Hispanics who stopped being “white alone” and switched to “combo” didn’t actually get darker, just more situationally aware.

I’d posit that the group with the most legitimate reason to dread the census numbers is “black alone.” And I’d likewise posit that those of you who see L.A. as only a meme might do well to study how things shake out here. Because the national trends are following ours: blacks increasingly marginalized, and a fluid coalition of whites and Hispanics growing in size.

Many cities are on the way there. We’re there already. So enough with the dunking and maybe try to listen to a guy who’s been in this place over half a century, witnessing these demographic changes firsthand.

To be continued next week.