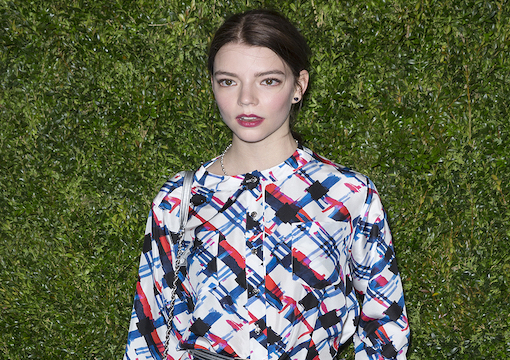 Remember that wacky wagon train known to history as the Donner Party? Eighty-seven souls stranded during a particularly nasty winter while making the trek from Missouri to California in 1846. Party members starved, froze, and some resorted to cannibalism. Of the 87 who began the journey, only 48 finished it. But if there was a consolation prize for the survivors, it’s that they ended up really liking California.

One of those survivors, Virginia Reed, wrote a letter back home to relatives in Illinois, telling them how great things were in Cali. In fact, she tried to persuade her female relatives to join her! Now, that wasn’t an easy sell. The journey had led to a mass-casualty event. And here was Virginia writing to her cousin Mary, barely two months after the hellish ordeal, saying, “Make the same trip!”

And what did Virginia use as bait? Gold? Cattle? [In Lex Luthor voice] Beachfront property?

She told her cousin how easy it is in California to find a Mexican to marry: “Tell Henriet if she wants to get Married to come to Callifornia she can get a spanyard any time. that Eliza is a going to mariye a spanyard by the name of Armeho Armijo.” (Eliza Williams was another Donner survivor.)

We know from Donner Party diaries that “Spaniard” is how they referred to Mexicans (as opposed to people from Spain). There were even several “Spaniards” (Mexicans) in their party. So white girl Virginia Reed was speaking specifically of Mexican men. She was literally telling her cousin, “The great thing about this state is that a single woman can easily nab herself a Mexican, and such a prize is worth the long and arduous trek.”

The historical relationship between whites and “Hispanics” (a hazy term that I’ll use for lack of a better one) is fluid, as the Donner example illustrates. In the mid- to late 1800s, in states like Texas and California, Mexicans were legally classified as white. And to hear Mike Gonzalez of the Heritage Foundation tell it, the left is to blame for the de-whitification of Hispanics. According to the former Bush Administration speechwriter (who, for the record, is Cuban), leftists persuaded Hispanics to “see themselves as a racial minority and to think of themselves as the core of a pan-ethnic victim group of ‘Hispanics’—a fabricated term with no basis in ethnicity, culture, or race. This transformation took effort—because many Mexican Americans had traditionally seen themselves as white.”

“Whether one views the ‘whitening’ of Hispanics as good or bad, genuine or artificial, it’s a trend.”

When the 1930 Census classified “Mexican American” as a race, leaders of the community protested vehemently and had the classification changed back to white in the very next census. The most prominent Mexican-American organization at the time—the patriotic, pro-assimilationist League of United Latin American Citizens (LULAC)—complained that declassifying Mexicans as white had been an attempt to “discriminate between the Mexicans themselves and other members of the white race, when in truth and fact we are not only a part and parcel but as well the sum and substance of the white race.”

Gonzalez tries to bolster his thesis by citing the 1897 Ricardo Rodríguez federal court case, from which came a ruling establishing “that Mexican Americans were to be considered white for the purposes of citizenship concerns.” But in fact the Rodríguez decision is a mess; the court agonized over “anthropological science,” “race ethnology,” and the differences between “dark tint, withered leaf brown, chocolate brown, and brown black.” In the end the court concluded only that Mexicans are “certainly not of African descent,” which was victory enough for the plaintiff.

And indeed, Gonzalez argues, it was that line between black and “not black” that leftists decided to blur: “What all these radicals sought—and were quite successful at eventually achieving—was to analogize the experience of black Americans to that of Latinos.” Yet while Gonzalez attributes the identity shift to nefarious 1960s leftists, in fact Mexicans themselves were examining the benefits of going brown a good decade earlier. In 1951 a Tex-Mex named Pete Hernandez murdered another Tex-Mex in a bar. He was sentenced to life, but he appealed because the jury was “all white” and thus not his “peers.” The Texas Court of Criminal Appeals shot him down, writing “Mexicans are members of and within the classification of the white race as distinguished from members of the Negro Race.” But in 1954, SCOTUS declared that indeed there’s something in between white and black, and yes Hernandez had been wronged because none of those “sorta-whites” had been seated on the jury.

Hernandez was no leftist ideologue; he was a common murderer who cynically used the “I’m not white” card to weasel out of his conviction. But through his actions, a SCOTUS precedent—and a new racial precedent—was born.

The Heritage Foundation’s Gonzalez is coming at this issue not from a racialist angle but rather a mushy Con Inc. assimilationist “let’s drop the identity politics and bleed red” position. But he is basically saying, “We Hispanics are white. Let’s embrace it.”

Funny enough, a whole bunch of blacks are pretty much saying the same thing (“You Hispanics are white; embrace it”). As black politics have become more radicalized in the post-Ferguson era, there’s been an increasing desire among race-obsessed blacks to nix the whole “people of color coalition” idea and jettison the Hispanics. I’ve written about this in previous columns, and last week during the Golden Globes the controversy became very public when, following The Queen’s Gambit star Anya Taylor-Joy’s best-actress win, Variety proudly proclaimed that “the Argentinian Taylor-Joy is the first woman of color to win this category since Queen Latifah in 2008.”

A person could not look whiter than Anya Taylor-Joy (her mother is a Brit of Spanish descent, her father an Argentinean of Scottish descent). Predictably (and not without cause), black Twitter started hollerin’ like it was Def Jam night at the Apollo: “That bitch be white!” Variety was forced to correct the piece: “A previous version identified Anya Taylor-Joy as a person of color. She has said she identifies as a white Latina.”

Taylor-Joy could have run with the “person of color” thing to make her win seem more historic, but in the age of BLM, with “appropriation” the surest path to cancellation, anyone who looks as she does and has a Hollywood career to protect must never risk making blacks angry. Just as Hernandez claimed “I’m not white!” to save his skin, Taylor-Joy shrieked “I am white!” to save hers.

The irony regarding black race hustlers is that just as Hispanic racial identity is fluid, so too is the black attitude toward it. When it benefits blacks to count Hispanics as “people of color,” they do. Take, for example, Joy Reid, who last week vomited forth this gem about how evil whites only want Covid lockdowns lifted because “all that matters is that black and brown people get their behinds into the factory and make me my steaks.”

Reid knows that, overwhelmingly, Hispanics not blacks are the ones doing the food-service kitchen work, so she had to co-opt their efforts to make her point about callous whites risking “nonwhite” lives because they want their beloved dining. Browns are only “bruthas in arms” when designating them so helps blacks dunk on whitey.

On the other hand, when the L.A. Unified School District recently decided to eliminate on-campus police, the board, strong-armed by BLM, pledged to redirect the money previously spent on security to a $36.5 million fund for LAUSD black children, and black children only.

Black students comprise barely 7.7% of the district (falling rapidly; it was 8.2% last year). The district is over 70% Hispanic, but no money for those kids. Because in this case, it profited blacks to count Hispanics as white instead of “fellow POCs.” Southern California-based black “influencer” Chrissy Omari defended the “black only” earmark because (according to her) Mexicans only came to this country because the fruits of black slavery made it an attractive destination (yes, she’s insane). In fact, she told me in a Twitter thread that, if not for slavery, the U.S. wouldn’t have had the $15 million to “settle up” with Mexico after the Mexican-American War. So Mexicans owe blacks, as do all whites.

In a 2019 piece on the popular black website Lipstick Alley, a commentator stated,

Hispanic or Latinx people are not non-White or “people of color.” These are regular degular White people with some curls, light tan, and maybe some features that look different- that is ALL. Nothing more. They may look ethnic but they identify as White. Or they WANT to identify as White. THEY ARE WHITE PEOPLE.

Kareem Carr of the Department of Biostatistics at Harvard makes it simple: Anyone with “white enough skin” is white. Screw that anthropology bullshit the Rodríguez court fussed over.

You got “white enough skin”? You be white.

Rudy Alamillo of the Department of Political Science, Western Washington University, believes that his people must remain brown! In a paper examining the rise in Hispanic support for Trump, Alamillo claims that Hispanic Trumpers are in “racism denial,” that they adopt a false “colorblind” worldview in which racism is not the biggest problem in America and anyone can succeed if they try hard enough.

“By denying racism, Hispanics can reduce the social space that exists between themselves and Whites as a means of climbing the social hierarchy and attaining the social benefits that come with being White,” Alamillo asserts, adding that increasing numbers of Hispanics are “denying racism and supporting Republican candidates as means of achieving Whiteness.” These “Hispanics who seek Whiteness and the benefits that come with it could support Trump as a show of allegiance to Whites,” to “demonstrate their loyalty to Whites.”

In other words, little brown dogs begging for approval from their masters.

A bit condescending, no?

“Denial of racism is a strategy Hispanics use to Whiten themselves.” Alamillo reluctantly concludes that the American “racial hierarchy” will “see the White category as we know it today expand to include assimilated, light-skinned Hispanics,” especially “given their phenotypical similarities to Whites and high rates of intermarriage with non-Hispanic Whites.”

Aaaaand we’re back to 1846 California with Spaniards marrying white women.

Alamillo never considers the possibility that many Hispanics sincerely see themselves as white. No, they’re fakers, putting on a minstrel show to court favor.

Gonzalez would argue that in fact it’s the “we’re brown” Hispanics like Alamillo who are doing that, to court favor with leftist institutions (the media, academia, etc.).

Still, Alamillo’s research does indeed show that embracing (or re-embracing) whiteness is a growing trend among American Hispanics (this is supported by census racial self-identification data and the fact that 20% of American infants with a Hispanic parent also have a non-Hispanic white parent).

So whether one views the “whitening” (Alamillo’s term) of Hispanics as good or bad, genuine or artificial, it’s a trend.

Where will it lead? I’ll tackle that next week in Part II.