“It Is Doubtful if the Negro Loved Him” 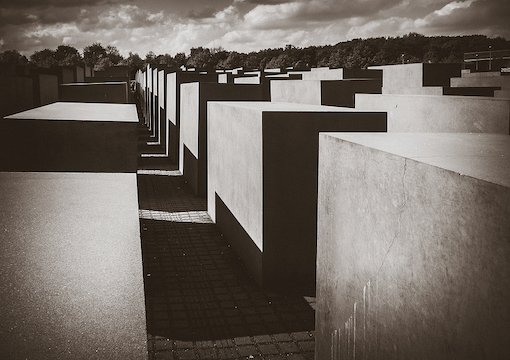 A reader of mine was displeased with a recent piece in which I laid much of the responsibility for the current BLM racial madness at the feet of leftist Jews in academia, politics, and the media. According to the complainant, I was failing to allow black Americans their “agency.”

“They’re not molded by Jews,” lectured the heckler.

Now, generally speaking, I reject all “extreme” worldviews, including the “hidden hand” interpretation of world events. I’m not a conspiracy guy, and the “invisible puppet-masters” Weltanschauung ain’t mine. That said, there’s an equal and opposite extreme to the “controlled conspiracy” school of thought, and that’s the correspondingly absurd belief that all human events occur organically, with no direction or influence from people in positions to direct or influence.

According to this viewpoint, on Aug. 2, 1990, upon hearing news of the Iraqi invasion of Kuwait, all Americans of their own accord dropped what they were doing and said, “By God, this is the most important event of my lifetime. We must immediately mobilize our armed forces to liberate Kuwait and stop Saddam Hussein.”

Similarly, the hundreds of rabid, hate-filled black extremists who are given platforms by the news media are the only black Americans available to opine. There are no other options. Publishers and producers are not making editorial choices by selecting them; these are the only blacks alive who can write op-eds or speak on camera.

A rather silly way of looking at the world, no?

Calculation is not the same as conspiracy. Calculation is commonplace. The worlds of academia, journalism, and philanthropy are filled with conscious choices made by people with agendas. A disproportionate number of those people are Jews. That’s just a fact.

In his 1898 Harper’s essay “Concerning the Jews,” Mark Twain castigated Jews for not being organized enough in their political advocacy. “You huddle to no sufficient purpose, politically speaking,” Twain scolded. “The Jews are exceedingly active in politics all over the empire, but they scatter their work and their votes among the numerous parties, and thus lose the advantages to be had by concentration.”

Twain advised Jews to take advantage of the political “emancipation” that had recently been granted them in France, England, Germany, and Austria (and which they’d always had in the U.S.). He wrote with a mix of admiration and half-joking dread about what might happen should “the cunningest brains in the world” find political cohesion: “It will not be well to let the race find out its strength. If the horses knew theirs, we should not ride any more.”

Twain urged Jews to “band together for a definite purpose” and become “politically important.”

Twain penned that essay at a pivotal moment in Jewish history, when the aforementioned “emancipation” was indeed allowing Jews to be far more overt about asserting influence. Twain’s point about Jewish political advocacy was essentially “Do in politics what you’ve so successfully done in business.” To that end, Twain offered several examples of how Jews employ their “cunning brains” in their financial dealings. One seems especially relevant at the moment:

In the cotton States, after the war, the simple and ignorant negroes made the crops for the white planter on shares. The Jew came down in force, set up shop on the plantation, supplied all the negro’s wants on credit, and at the end of the season was proprietor of the negro’s share of the present crop and of part of his share of the next one. Before long, the whites detested the Jew, and it is doubtful if the negro loved him.

Jews have certainly followed Twain’s advice about becoming “politically important.” And once again, blacks have been given something on credit. Training, guidance, and a platform. From the early days of black American politics, when Jews cofounded and funded most of the prominent civil rights organizations and served as almost all of the early civil rights attorneys, to the current days of hateful, radicalized black politics, Jews have been the professors, publishers, editors, mentors, and philanthropists.

One could argue that today’s black opinion leaders “owe” Jews, just as those sharecroppers did. And they’re defaulting on the debt. Which absolutely scares the hell out of Jews. Because it’s not just “doubtful” that today’s black race-hustlers love the Jews. It is, in fact, quite certain that they despise them.

Philadelphia Eagles wide receiver DeSean Jackson posted a fake Hitler quote (that he thought was real) about how “white Jews” are “blackmailing America” and “lynching Negroes” for “world domination,” so “Hitler was right to kill the Jews.”

His penalty? The NFL made him say “sowwy!”

TV host Nick Cannon slammed “the Jews” for being “violent savages” who are “not the true Jews” (they also “rule the world” via banking cabals). Lionsgate, which is producing Cannon’s new talk show, declared that it’s “standing by Nick,” and Fox refused to fire him from The Masked Singer. Meanwhile, rap star Waka Flocka Flame vilified “the Jews” for trying to cancel Cannon, and radio host “Charlamagne tha God” fantasized about the day blacks can turn the tables on “the Jews” and get them fired.

Black blog star Larry Johnson told his 144K Twitter followers that Jews “don’t like to admit it,” but “their god is Lucifer.” NFL Hall of Famer and CBS sportscaster Shannon Sharpe told his 1.1 million Twitter followers that today’s Jews get to claim victim status for a Holocaust they never personally experienced, while blacks are expected to forget slavery because it never personally happened to them. And Tariq Nasheed told his 251K followers that it’s time to “cancel” the Jews who cofounded the NAACP…and all Jews owe fealty and obedience to blacks because “Foundational Black American soldiers defeated the Nazis and liberated people from concentration camps.”

How’s that 1619 Project going for you now, leftist Jews? Blacks have decided that not only do white Americans “owe” them for slavery, but Jews “owe” them even more for defeating the Nazis and liberating the camps! What’s that you say, my Jewish brethren? That’s not historically accurate? The “black soldiers liberated the Jews” story is a fraud? True enough. But so are the stories in your beloved 1619 Project. I look forward to blacks demanding their “liberation reparations.”

As if to rub kosher salt in a wounding month, last week a widely celebrated photo of a young black woman and an old white man chatting together at a BLM rally, a photo that had been used to signify “solidarity” and “coming together,” was revealed to be a photo of two people promoting Holocaust denial and the “eternal guilt” of the Jews.

Yes, the photo was of black and white coming together…in opposition to Jews!

Recognizing an epidemic when it sees one, The Daily Beast posted a July 17 piece titled “The Disturbing Rise of Anti-Semitism Among Black Celebs.”

When Jews tried to fight back on Twitter by flipping the #JewishPrivilege hashtag to explain why they’re not privileged (SPOILER ALERT: the Holocaust!), they found no sympathy from blacks. Again, 1619 rules: It’s not about suffering, but owing. Blacks “built America,” and are therefore “owed.” Holocaust Jews, on the other hand, slaved for Germany. American blacks (and Americans in general) owe them and their descendants nothing.

1619 theology has robbed the Jews of their Holocaust cred. And make no mistake—Jews are petrified.

American Jews, being well-off, must by necessity rely on history to make the case that they’re “partners in oppression” with blacks. But the two central pillars of current black extremism make the Jews’ history irrelevant. The 1619 Project asserts that black labor was stolen by an ungrateful nation; Holocaust Jews may have suffered, but it occurred elsewhere, and besides, they’ve been compensated and celebrated. The other pillar, cancel culture, mandates that long-ago racists must be deleted no matter what “good” they did. Ulysses Grant won the Civil War. Yet if Grant can no longer be admired, neither can the “problematic” Jews who cofounded the NAACP. Thus, Jewish “civil rights” history is negated.

Jews are finding it difficult to fight back, because in today’s climate—a climate they helped create—blacks are criticism-proof. White villains? It’s open season. Call ’em Nazis, get ’em fired, have the cops go after ’em. Hell, go to their hometown and attack their mom. But you can’t do that with blacks. Critique them? You’re a racist. Anger them? Neighborhoods will be looted and burned in retaliation (as happened to L.A.’s Jewish Fairfax District in May).

Worse still, Jews can’t profit from black anti-Jewish hate. Jews love white Nazis. Where no Nazis exist, Jews create them. Thirty years ago, we always knew the ADL moles at Holocaust revisionist events, because they were the ones “sieg heiling” like idiots. All you dipshit trolls who think you’re “striking a blow against the Jews” with your “based” Nazi Twitter accounts are deluded; you’re giving the Jewish community exactly what it needs. Ditto those anthropomorphic head lice called Holocaust deniers. Deniers are the raison d’être of Holocaust education. Deniers have single-handedly given Jews a reason to continue their use and abuse of Holocaust history.

But Jews can only exploit hate when it comes from whites. White Nazis are great for fundraising. White Nazis allow Jews to find cohesion in the shared fantasy that they’re still fighting WWII. There’s no similar reward in black hate. Organizations like the ADL and the Wiesenthal Center have spent decades masquerading as benevolent “human rights” groups that represent “all oppressed people” against the shared enemy of “white supremacy.” That facade would shatter should those orgs begin attacking blacks as the enemy.

And whereas white Holocaust deniers only further the interests of the “Holocaust lobby,” blacks have figured out that the way to draw blood is not through Holocaust denial but Holocaust diminishing. When deniers say, “The Holohoax never happened,” it gives Jews exactly the ammo they need to push for more “remembrance.” But when blacks say, “Oh, we know about your Holocaust, and we don’t care. We have a worse one in slavery,” Jews are stymied, deflated. Rendered mute. That’s pure kryptonite.

I ain’t denying blacks their agency. They’re demonstrating that “agency” every day by finding new and creative ways to kick the crap out of their former benefactors. Leftist American Jews are getting a taste of the hate they helped engender against whites. And that hate is coming from blacks who only have influence because they’ve come up through the ranks in fields where Jews generally play gatekeeper. That’s Jewish agency; they brought this on themselves. “Politically important” Jews made a conscious choice to empower and amplify the worst of black America. Maybe they thought they were still dealing with humble sharecroppers forced by their station to suppress their resentment.

The epidemic of black anti-Jewish hatred shows no sign of abating, a predicament that even our “cunningest brains” may not be able to think their way out of.