Just Say No to Saying Sorry 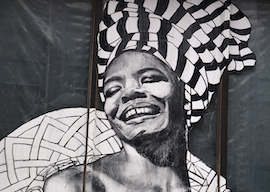 Woke is the concept that everything must be inclusive and inoffensive. Oh dear! Being hyperaware of everyone’s sensitivities must make one a hell of a bore. I recently flew down to Charlottesville, Virginia, where I had gone to university, to speak at a memorial service for my friend Willy von Raab. The other speaker was P.J. O’Rourke, and in front of a packed congregation P.J. and I managed to not exactly be woke time and again. If woke means boring someone to death, neither P.J. nor I got close. We had people laughing and applauding, and the kind and sophisticated vicar told me afterward that his church and congregation appreciate truth rather than pretension.

After the service and the speeches, we all gathered in the parish house next to the church for lunch and drinks. Willy’s friends were mostly Americans—ladies and gentlemen, Southerners, well brought up and well educated. I didn’t hear anything off-color or words like “dude,” “shit,” or the ever-present f-word, now used by big-city dwellers as a verb, adverb, and adjective. Or other incomprehensible-to-me words such as “dead-ass,” as read in The New Yorker, once upon a time a sophisticated weekly now turned into a vulgar hymnal for cool dudes who hate Trump voters more than they loathe uncool resistance to the f-word.

Never mind. There are worse things on the horizon where “woke” is concerned: like George Washington. It seems that murals in a San Francisco high school depicting his life are creating a hostile environment for certain students, and the massive frescoes that were painted around eighty years ago show slaves and dead Native Americans, a red cloth nowadays if there ever was one.

“Being hyperaware of everyone’s sensitivities must make one a hell of a bore.”

Now, we’ve been through all this before. Confederate generals’ statues are an endangered species, as is the Confederate flag—one I saw, however, proudly hanging in front of a beautiful old house near Charlottesville. So what will become of American history? Are we going to allow a few knee-jerk buffoon elites from The New York Times, The New Yorker, and the networks to decide what our children learn? Honest Abe wanted to repatriate the Africans brought over as slaves, and their children’s children also. Will the Lincoln Memorial be turned into the Maya Angelou one? I suspect there’s going to be a hell of a lot of apologizing, and soon, if these “elites” have their way. Pope Francis has already started it by begging forgiveness in South America, and that arch-phony Justin Trudeau has followed suit. The latest rewriting of history took place recently, when Mexico’s president Obrador wrote to the King of Spain requesting an apology for what the Spaniards did to the locals more than 500 years ago.

Unlike in this country, Spanish people are not only proud of their history, they don’t take any crap for it, as they say in the Bronx. They not only refused to say sorry, they told the Mexicans to shove it by telling them that “We are a proud people and did it the way great nations do it, those that have contributed to the discovery of other people.”

That the indigenous people suffered under Cortes is undeniable, but so has every people who stood in the way of progress or might. It is the latter that rankles liberal minds—might making it right. My favorite people are the Japanese, but I don’t hear any of them demanding Uncle Sam to say sorry for nuking them twice. Even worse, for imposing a Coca-Cola culture on the nation’s budo philosophy and way of life.

The ones still paying voluntary reparations for past sins—and apologizing ad nauseam—are the Germans, but I don’t hear la Merkel demanding that Israel stop annexing Palestinian lands and treating Palestinians as subhumans. I suppose it’s relative. The Spaniards answered promptly and correctly, and in a few words told the Mexicans to keep dealing drugs and sending them up north. Obrador is a clown opening up a Pandora’s box in asking for an apology for events that took place 500 years ago.

Macron the frog apologized to the Algerians for the French army’s conduct during the war of independence back in the early ’60s, but Algeria was considered a part of metropolitan France and the Muslim uprising a revolt. So go figure, as they used to say in Brooklyn. If I had my way I’d force the federal government to apologize and make reparations to Atlanta for Sherman’s acts, but then I’m only a lowly scribe writing in a garret.

Imagine a world where the French apologized to the Spanish for Napoleon’s invasion, the Spartans said sorry to the Athenians, and the Thebans to the Spartans and the Macedonians to the Thebans, and the Romans to a hell of a lot of people, and the Brits to the Indians, and the…oh, the hell with it, just say no to saying sorry and let’s get on with it. And a right cross to anyone who says you’re not woke.