Kanye’s Kancellation: The Devil’s in the Details 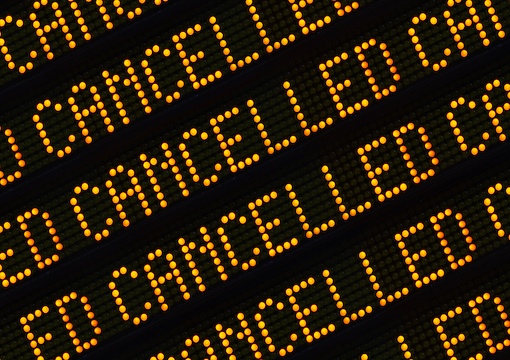 I’m not sure l’affaire Yeezy deserves a second consecutive column…but its lessons certainly do.

Because the lessons are so cut-and-dried.

Kanye West committed the cardinal sin: He offended the one group you can’t criticize—the Jews!

“Every ‘cancel’ story has its own unique character.”

Except…Mel Gibson went full-court on the Jews and he’s fine.

Okay, but Mel’s white. The real lesson from Ye’s downfall is that a black man can’t go after the Jews.

Except…Nick Cannon’s fine, back to work on The Masked Singer. And Chuck D never really left. Neither did Wesley Snipes, who once opened for a guy who wanted to lit-uh-ruh-lee murder the Jews.

See, the lesson is, there’s no lesson. Everyone who’s marveling at how much money Kanye’s lost over the past two weeks seems to have forgotten that Roseanne Barr, a Jew, not only lost her hit TV show, she was also forced to renounce for perpetuity all profits from it—a show she created, a show that was the product of her unique stand-up comedy. And she had to surrender every cent of profit participation. All for one tweet that vaguely insulted a half-black/half-Scottish-French Obama administration official.

As I’ve pointed out before, it’s all about nuance. Mel Gibson is well-liked; his peers acknowledged his drinking problem and helped him get past it by not chaining him to the terrible things he said while drunk (not just about Jews. He also told his girlfriend she deserved to be “raped by a pack of niggers,” a comment that was not only racially insensitive but linguistically inaccurate, as the official term for a gang of urban thugs isn’t “pack” but “honor roll”).

Roseanne, on the other hand, is despised; her cruel treatment of peers and underlings in the 1990s has never been forgotten by those she wronged. Following the offending tweet, nobody stood by her (not even the horses that make John Goodman look like he can walk). Her costars pushed her under the bus even at the risk of losing their own jobs. That says a lot.

No two cancel stories are alike, and one should be cautious when looking for “lessons.” Just last week I was asked on Twitter “what was it like when the ADL canceled you.” The ADL didn’t “cancel” me. In 2013, when a bitter ex and the pervy old NRO/Epoch Times guy who was obsessed with her resurfaced comments I’d made twenty years earlier about Auschwitz, the ADL didn’t lift a finger. The local GOP banned me on its own (they even sent out an email warning members not to associate with me). Friends of Abe banned me on its own. Pussies like Andrew Klavan and Larry Elder slammed me because they were afraid “the Jews” might come after them if they didn’t. But no Jews came after anyone. Cowardly rightists were cowards; big revelation.

Choose your lesson: Groups like the ADL are so powerful, their shadow alone can ruin lives, or groups like the ADL are paper tigers and if you just stand up to them you’ll be fine. After all, I’m still here and so are the people who share my work. Yes, due to my banishment I lost a truckload of money, and right at the time it was most needed when my mom was dying, which birthed an anger in me toward my outers that’ll never dim (seriously, if I ever see one of them on the street, I’ll kick the living shit out of ’em). But I recovered, and then some…not because I’m particularly well-liked, but because my work is decent.

Every “cancel” story has its own unique character.

In Kanye’s case, a number of factors contributed to his destruction. Adidas isn’t FUBU; it’s a German company that once sold a custom brand of spiked shoes to the SS specifically for kicking Jews in the head (the Adidas Judenköpfeklopfenshuh, “So comfortable, even Goebbels can wear it”), so there’s history in play. Also, in Germany cancel culture isn’t voluntary; they don’t have “Facebook jail” for speech criminals, they have jail jail. German companies are best off avoiding association with racially inflammatory speech.

Then there’s the fact that Kanye’s in free fall; he’s off his meds and unpredictable. It makes sense for business associates to untether until stability returns. That’s part of the process of regaining acceptance after a fall. Mel Gibson had to prove that his drunk days were behind him. It’s a dynamic that goes beyond race-based cancellations. Let’s not forget that Robert Downey Jr. was for a time unhirable; multiple arrests, breaking into strangers’ homes late at night, his brain fried on drugs and booze. He could only get arrested in this town.

When Downey got sober, he was only able to work again because his friend Mel Gibson covered the insurance. That was before Gibson’s own troubles (you see why Hollywood forgave him. It’s got nothing to do with Jew this or niggerpack that; Gibson’s been there for his friends, so they were there for him).

On top of that, there’s the added factor that Adidas’ initial indecision had every Jew in Hollywood frown-hissing about how anti-Semitism is no longer a cancellable offense. “Oy, if Kanye had insulted dah blacks or dah trannies he’d be gone. But it’s always okay to insult dah Jews! Will our torment never end?”

Jamie Lee Curtis grew so enraged, she rended her son’s tucking gaff. Sarah Silverman was so furious, she donned two layers of blackface.

Even blacks didn’t rush to defend Kanye. The general take from the Black Outrage Council was yes, cancel Kanye, but whites are the real bad guys for not having canceled him when he dissed his own people, and the real problem is that white men can get away with saying anything they want (the most cynically brazen lie imaginable, uttered in two completely identical op-eds by two different LaQueeshas at MSNBC and WaPo).

Which brings us to another point: Kanye hadn’t built up enough cred with “his people,” a people who are already prone to envy when one of theirs finds success in the “white world.” Kanye’s “slavery was a choice” comments from 2018 were like Cosby’s “pull up your pants”; blacks hold grudges about that kind of thing (Kanye’s street-cred deficit wasn’t helped by interracial marriage and acting sexually threatened by anthropomorphic heroin track Pete Davidson).

The only “lesson” in all this is that Kanye created a perfect storm where there was no possible outcome other than being sent to the time-out box. And he’ll either die there, or emerge as the black Isaac Kappy—a schizophrenic wreck callously exploited by money-seeking abusers until he’s down to owning nothing but an ashtray, a remote control, and a paddle game (and even then, Candace Owens’ husband will take the paddle game)—or he’ll pull it together and replicate or at least approximate Downey and Gibson’s happy endings.

Ironically, as everyone on the cancel-culture beat was obsessing over Kanye last week, they missed a story of perhaps greater import: James Gunn became CEO of DC Studios.

[In Tucker Carlson voice] Huh? How’s that possible? We canceled him!

It was summer 2018, and rightist firebrand Cerno—or was it Poso (I’m still fairly certain they’re the same guy)—uncovered some old tweets from Gunn making fun of pedophilia, rape, and the Holocaust. In came Townhall’s Kurt Schlichter, war hero from that time NATO console warriors bombed Serbians from afar (Schlichter was awarded three Purple Fingers for injuries sustained pushing buttons), and he declared that the right must take Gunn’s “scalp”—“cancel” him—because by taking two leftist “scalps” for every one rightist who gets canceled, rightists can force leftists to abandon cancel culture entirely. “Mutually assured destruction works, but it only works if it’s mutual. So, we shouldn’t stop. We should ramp it up.”

At the time, I rather strongly opined that Kolonel Koward was off his nut. Speech regulation is the cornerstone of the modern left. It’s of such importance that collateral damage is tolerated. Expecting leftists to give up speech policing because one of their own gets nicked is like expecting pro-lifers to abandon their crusade against abortion when one of their own is exposed as having had one. That’s not how it works; you don’t give up a core value just because someone on your side runs afoul of it.

Plus, another core leftist tenet is that words kill. A joke about trannies will cause twenty transyouths to commit suicide. Most rightists don’t actually believe that jokes can kill (if that were the case, Schlichter could’ve avoided that carpal tunnel), so of course the right can’t sell cancellation as well as the left. When you truly believe you’re preventing death, you’ll act with a conviction that a pretender can’t mimic.

But hey, what do I know? I mean, look at me: 54 years old and I’ve never exploded even one Serbian child. Whereas Schlichter’s the guy people go to each week to learn that Biden sucks, because apparently some of you need to be constantly reminded of that by reading dudes who get paid to write the exact same column week after week.

So Gunn’s scalp was taken! Cerno, Poso, Schlichto, Gummo, and Zeppo raised such a fuss (over jokes, mind you), Gunn was fired from Disney’s Guardians of the Galaxy series.

And, as Schlichter predicted, leftists surrendered and canceling ceased!

Well, that’s the Tarantino alternate-reality version. In real-reality, Gunn was soon rehired, he kept making big-budget films, and now he runs DC. Meanwhile, conservatives kept getting banned and banned, and in the end relief came not because anyone “took scalps” but because the world’s richest troll called a bluff.

Gunn survived for the same reason Gibson did; he’s liked by his peers. Plus, he’s not mentally unstable. He told some off-color jokes, but Disney understood that when Gunn apologized and said “my pedo joking days are over,” he meant it. They knew that if they helped him weather the storm, they could take him at his word that there’d be no new one in the years to come.

The Kanye story is interesting for its twists and turns, and for the almost unthinkable dollar amounts lost all because Tucker Carlson wanted to prove that Democrats are the real racists. But there’s no big lesson here. A troubled dope said troubling dopey things that put a bunch of corporate types in a tight spot. People with bottom lines moved to protect them, people with deadlines spun it to their benefit, and whether the story blows over or not depends on if Ye can get his meds straight.

It’s a fun story, but there’s not much depth. Yes, I’m convinced; it doesn’t deserve a second column.