Keeping Up With ‘Mr. Jones’ 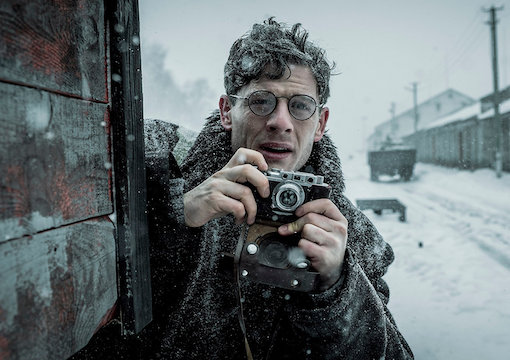 Duranty, who won a 1932 Pulitzer Prize for his PR work for the Kremlin in the Times, remains something of an enigma despite his notoriety as a propounder of Fake News. What motivated Duranty to paint such a rosy picture of the Five-Year Plan?

In an era of grim ideologues, Duranty was a charming mountebank. Journalist Malcolm Muggeridge, who knew him in Moscow during Duranty’s glory days in the 1930s, recalled four decades later:

I always enjoyed his company; there was something vigorous, vivacious, preposterous, about his unscrupulousness which made his persistent lying somehow absorbing.

In the years after the stock market crash of 1929, when only the Soviet Union appeared to have any money to spend, many intellectuals quickly became converts to Marxism. (Few, though, wondered where Stalin was getting the money to buy foreign factories and subsidize visits by luminaries like George Bernard Shaw.)

But the chauvinistic Englishman Duranty was never a true believer in leftism. He liked free speech and capitalism just fine in the West. Instead, he saw Russians as Asiatics racially incapable of democracy, requiring a cruel czar to rule over them.

Perhaps Duranty, who had previously served as right-hand man to Satanist Aleister Crowley (who preached, “Do as thou wilt shall be the whole of the law”), found the genuinely evil man he’d always been looking for in Stalin.

In any case, betting on Stalin was very good for Duranty’s career: He presciently reported as early as 1923 that Stalin would likely outmaneuver Trotsky to become Lenin’s successor. Ever after, Duranty liked to chortle, “My money’s on Stalin.”

“Mr. Jones tells the heroic story of the young Welsh reporter Gareth Jones, who was the first to break the news of the Ukraine famine under his own name.”

Mr. Jones (rentable from Amazon Prime for $3.99) tells the heroic story of the young Welsh reporter Gareth Jones (played by James Norton, a front-runner to become the next James Bond), who on March 29, 1933, was the first to break the news of the Ukraine famine under his own name.

On the other hand, Muggeridge, whom I had dinner with in 1979 when he visited Rice U. on a lecture tour (here is my article in the Rice Thresher), had anonymously reported the story four days earlier in the Manchester Guardian. But few paid attention to Muggeridge’s unsigned articles, while Jones’ previous job as a foreign policy adviser to David Lloyd George, the prime minister who had won the Great War, gave weight to his report, as had his dramatic interview the month before with Hitler on the plane carrying the new Chancellor to Berlin.

Duranty chose to ignore Muggeridge’s articles and instead attempted to cancel Jones in his New York Times response the next day:

RUSSIANS HUNGRY, BUT NOT STARVING
Deaths From Diseases Due to Malnutrition High, Yet the Soviet is Entrenched

Duranty’s headline about how Russians weren’t starving, they were merely dying of diseases due to malnutrition, is reminiscent of current media attempts to spin our endless riots, such as ABC News’ recent tweet: “Protesters in California set fire to a courthouse, damaged a police station and assaulted officers after a peaceful demonstration intensified.”

Mr. Jones is a man of a keen and active mind, and he has taken the trouble to learn Russian, which he speaks with considerable fluency, but the writer thought Mr. Jones’s judgment was somewhat hasty and asked him on what it was based. It appeared that he had made a forty-mile walk through villages in the neighborhood of Kharkov and had found conditions sad.

I suggested that that was a rather inadequate cross-section of a big country but nothing could shake his conviction of impending doom….

To Duranty, it hardly mattered that millions were famished due to Stalin’s economically illiterate decision to collectivize agriculture. What mattered was, as Koba would say: “Who? Whom?” And Duranty’s money was on Stalin.

And Duranty was right about that. Twenty eventful years later, Stalin died on his couch, still dread master of the world’s vastest domain.

Duranty summed up his response to Jones’ scoop with his most famous bit of Stalinoid wisdom:

By the same token, if the ‘New York Times’ went on all those years giving great prominence to Duranty’s messages, building him and them up when they were so evidently nonsensically untrue, to the point that he came to be accepted as the great Russian expert in America, and played a major part in shaping President Roosevelt’s policies vis-a-vis the USSR—this was not, we may be sure, because the ‘Times’ was deceived. Rather, because it wanted to be so deceived, and Duranty provided the requisite deception material…. Just as the intelligentsia have been foremost in the struggle to abolish intelligence, so the great organs of capitalism like the ‘New York Times’ have spared no expense or effort to ensure that capitalism will not survive.

Two years later in 1935 while reporting from Inner Mongolia, the intrepid Jones was kidnapped and murdered by bandits, perhaps at the behest of the vengeful Soviet NKVD.

In contrast, while few had noticed Muggeridge’s articles at the time, he went on to live into the 1990s as one of England’s most famous pundits, the man who introduced Mother Teresa to the world in 1968. His memoir, Chronicles of Wasted Time, became the most influential account of what it was like to serve as a foreign correspondent in Stalin’s Moscow.

To bolster Muggeridge’s claim that:

As it happened, no other foreign journalist had been into the famine areas in the USSR except under official auspices and supervision, so my account was by way of being exclusive.

He left out all mention of Jones’ similar venture. Hence, Jones’ fame faded in the second half of the 20th century, only to return in the 21st. The movie gets its revenge on Muggeridge by giving him about three-quarters of a second of screen time.

As a film, Mr. Jones is quite satisfactory, but suffers from a limited budget of around $10 million. Other than Sarsgaard, the cast isn’t star-studded.

Moreover, the most visually spectacular incidents of Jones’ short life are missing. The plot begins, for example, with Jones recounting to what appears to be the British cabinet how his recent flight with Hitler convinced him that England must seek an accommodation with the big-spending Soviet Union (if only he could figure out where the Soviets are getting their foreign exchange…).

But why not show us Jones interviewing Hitler aloft? Similarly, why not spring for a two-minute epilogue depicting Jones’ final adventure in Inner Mongolia?

Also, the musical score is slightly annoying, which detracts from the enjoyment.

Polish director Agnieszka Holland has excessive confidence in her audience’s historical literacy, their ability to figure out on their own without any explanatory supertitles that, say, the grand old man who is Jones’ mentor is Lloyd George, or that the soulful writer in the prologue composing Animal Farm is George Orwell.

The elaborate Orwellian framing device for Mr. Jones assumes that the farmer in Animal Farm is named “Mr. Jones” in honor of Gareth Jones, although why Orwell would think that would be a worthy honor is unexplained.

Of course, the real reason for dragging Orwell into the story is because millions of people have read Animal Farm in high school. And it’s not a bad thing to give audiences a foothold. Personally, I would have also added to the script the only Englishman of the time definitely more famous to Americans than Orwell: Lloyd George’s old sidekick Winston Churchill, if just to show what a titanic personality Lloyd George was. Churchill lamented that in terms of interpersonal dominance, the relationship between Lloyd George and himself was always “master and slave.”

In reality, however, there is no record of Orwell ever mentioning Jones by name. One Jones partisan has theorized that Muggeridge, who was picked by Orwell’s widow Sonia to be his official biographer, perhaps jealously covered up the evidence of Jones’ influence on Animal Farm. Or maybe the crucial papers were lost when Orwell’s home was blown up by a German V-1 buzz bomb in 1944.

But Jones and Orwell did share a literary agent, so the fictitious scene in which their mutual manager invites them to meet over lunch is not implausible. And Orwell’s sadness over learning from Jones of the failure of the socialist dream in the Soviet Union is moving.

Mr. Jones’ laborious Orwellian metaphor finally has a brilliant payoff when the peak moment of Duranty’s career—the 1933 banquet at the Waldorf-Astoria welcoming Soviet Foreign Minister Maxim Litvinov to diplomatic recognition by the FDR administration, at which Duranty was the de facto guest of honor, feted by both communists and capitalists—is set to Orwell’s narration of the last line of Animal Farm about the dinner party of men and pigs: