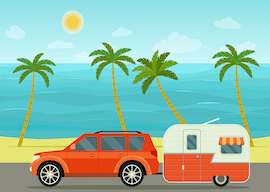 “Things are in the saddle,/And ride mankind.” —Emerson

Last week National Review published an unintentionally funny bit of sophistry by Kevin Williamson. “The division of labor is the meaning of life,” the article begins, and lest anybody should be confused, Williamson explains:

I do not mean this metaphorically or analogically, but literally.

Life begins with the cell, and the cell is defined by a minimum of specialization: membrane, cytoplasm, and (usually) nucleus.

What makes a cell a living cell is a matter of some slight imprecision: Most living cells reproduce, but some (such as neurons) do not; most cells have nuclei and DNA, but mature red blood cells do not; etc. But the generally shared characteristics of living cells all depend upon the division of labor within the cell: order, sensitivity to stimuli, growth and reproduction, maintenance of homeostasis, and metabolism.

Williamson gives us more biology in his long and ambitious piece, which seems intended to justify globalism and the absolutist libertarianism to which he subscribes; but unfortunately for his purposes, it’s all pointless, being incoherent from the beginning. Nor does he realize that he has indeed made an argument by metaphor or analogy. That “science” also could be used to support socialism likewise escapes him. (Needless to say, that would be a rather silly argument to make.)

Confident in his false premise, Williamson goes on to describe vast periods of human history. It is a story of endless contingency and radical disruptions—cultural, religious, and economic—of social organization and vital relationships. Those disruptions, of course, made for profound anxieties and fierce conflicts. The most important section of the article is the ending:

The division of labor giveth, but it also taketh away. The pains we are feeling in the developed world are growing pains, but they are painful nonetheless. We may like the fruits of disruption—forget that “may,” we like and love the fruits of disruption—but the process itself is uncomfortable and bewildering, and it imposes real losses on some people, too, mainly those who are not well-positioned to adapt themselves to a new mode of work and hence a new mode of life.

“What is needed today is not work so much as vocations, in the old, high sense of the word.”

Globalization is building a bigger beehive. It is recruiting new cells into the organism, with new and very fine modes of specialization. In that sense, it is growth, literally: smaller political economies growing into a larger one.

Except for the obvious one.

Yes, for the human race and for America, things have never been better materially. Division of labor is essential to life, and goods, in the economic domain as in all other ones, tend to be mixed. Merely noting these truisms, however, does not constitute a case against the economic nationalism and protectionism of Pat Buchanan, or Russell Kirk, or Alexander Hamilton. Merely observing that “globalization is building a bigger beehive” does not show that absolutist libertarianism (with its “free markets”) is superior to, say, a moderately interventionist state. There is nothing in Williamson’s piece that can justify a statement such as: “Have a beer, man—these incessant market disruptions are as good as it gets!”

The high comedy of Williamson’s article is his scientific pretension. For all the biology in the world cannot show the meaning or value or significance of that biology. You cannot get from external descriptions of how things are, of what they are, and so forth, to their meaning, because the latter exist internally, in the lived experiences of men, women, and, since ours is a wicked God, vulgar libertarians, too. Such an insuperable epistemic gap is the sort of thing Soren Kierkegaard meant when he wrote that “truth is subjectivity.” So did Arthur Schopenhauer when he wrote that “The world is my…representation.”

Williamson’s account of biology is no more than a kind of mechanistic idolatry. He is like a man who should behold a plane, talk about how it works, and then assume that such functionality is synonymous with the value of a plane, as if there could be value independent of the people using that plane to get from here to there.

There are, moreover, some important conservative values that are missing in the political philosophy of Kevin Williamson (to call it that). Policies that support family growth for all Americans is one. Attachment to place is another. True, Williamson tells us that

The division of labor among human beings is not a purely economic phenomenon—it is also a social and emotional one. The human need for other human beings is so deep as to be fundamental. This should, properly understood, complicate our understanding of individualism and our rhetoric about it.

And yet, government intervention for the sake of human nature’s social and emotional needs is anathema to Williamson. Hence, there is no actual state or people in any meaningful sense for him—only consumers, who have no deep reason to live in one place rather than another. Indeed, in response to someone who decries the loss of American industry, Williamson urges, “Get a U-Haul, buddy, and go wherever the work is.”

But how much “freedom” is there in such “opportunity”? Where Williamson sees unique “freedom” and “opportunity,” Thomas Carlyle, an actual conservative and serious thinker, saw “the liberty to starve.” Is it desirable to spend one’s life moving from place to place, if need be, and constantly learning new skill sets for the same reason? Where is the community, and the relationships that make life worth living, in such a world? Williamson may conceive of himself as a right-winger, but in reality, he is a partisan of McWorld. In a certain sense, Williamson is far worse than Bernie Sanders & Co., for despite all their delusions, they do not propagate the individualist fantasy—a formidable object for any coherent politics and something that always is betrayed by how people actually live.

But dear me, now my conscience is racked by the concerns of the land’s good team members. They’ve just paid their taxes, and have rights besides. Well, don’t fret, fellow citizens. I heartily agree with that magnificent orator Sebastian Gorka: Ours is an exceptional nation, and we cannot allow Miss Ocasio-Cortez to take away our hamburgers! No, I am not a “socialist,” but like the current president (before he became a neocon, assuming he ever was sincere), simply want an economy and policies that serve the interests of all Americans, rather than Goldman Sachs and the rich donors who regard National Review—published by a “nonprofit,” like so many of our leading “conservative” journals—as a convenient tax write-off. It is significant, surely, that from Aristotle and Confucius in the ancient world up through Michael Anton in his new book, this conception of the state—marked by a robust and enduring middle class and prudent aversion to extreme social inequalities—has been thought to be necessary not only according to what people are and to what the state itself is, but to prevent strife and to preserve social cohesion.

Like Steven Pinker and other Philistines, Williamson believes that we’d all be much better off if we could just recognize that “By any meaningful standard of measurement, these are, materially speaking, the best years the human race has ever experienced—and the best years the American people have ever experienced, too.” He repeats this pabulum again and again, as if such repetition could compensate for his failure to argue rigorously from comprehensive first principles. Meanwhile, as I wrote in last week’s column, it is not obvious that material progress entails a superior form of life, and furthermore, such an instrumental approach is terribly problematic. Enjoying “the fruits of disruption,” for the majority of us, requires workweeks of forty hours or longer, doing jobs that typically have no intrinsic value. Work beyond what is necessary to meet our basic needs is not a virtue but a vice, producing in many cases nothing but anxiety and despair. People waste their lives in tedious toil, and for all the pride that attends this, the time is nonetheless irredeemable. What is needed today is not work so much as vocations, in the old, high sense of the word.

Williamson’s obtuse gospel is also blind to the reality that we Americans have long been flooded with trifles that serve to distract us from worthwhile things, thereby leaving us feeling worse. It is not the purpose or duty of the state to make human beings happy, Williamson might say, but I call for no such thing. I also agree with him that many of the problems that beset the working class in particular are self-caused, being individual failures of character. Nor do I have any trust or faith in the state. But I also don’t have any trust or faith in “free markets,” and to my mind, the state, like material goods, should facilitate the pursuit of happiness, or at any rate, lives more worth living than those most of us do now.

In “The Lessons of the Old Left,” an essay published this week at my web journal The Agonist, Paul Gottfried writes:

There is no morally subversive position, including support for infanticide and mandatory transgendered rest rooms, which our corporate boards will not energetically support. Likewise evil are the defense industries that payroll our fake conservative “think tanks” and nurture their eagerness to push the US into wars. Last year I examined in a commentary the incestuous relations between The American Heritage Foundation and Boeing and considered the likelihood at the time that Heritage’s next president would be a defense industry official. This connection was hardly accidental but entirely typical of the inseparability of war making and neoconservative foundations and publications.

Here, then, are some of the problems that can result if we assign supreme value to “free markets.” By “infanticide,” Gottfried means abortion, something Williamson also opposes. Doubtless, he is no advocate for “transgendered rest rooms,” either. But it’s different with the woke capital crowd, and as Gottfried indicates, if a people’s highest value is money, then they will almost certainly “subvert morality” and exploit each other more than they would otherwise, including engaging in perpetual wars around the globe for the sake of “democracy” and “human rights.”