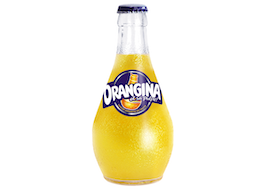 Hate Crime Hoax: How the Left Is Selling a Fake Race War is a timely and witty new book from Wilfred Reilly, a youngish black professor of political science at Kentucky State. He concludes that America’s real problem is not the vaunted outbreak of Trump-inspired hate crimes but instead the Establishment’s hate hysteria:

There is no race war in the USA in 2018. Let’s stop letting liars tell us there is…or we might actually get one.

Reilly, whose politics seem to take after conservative eminence Thomas Sowell, has assembled a database of 409 recent fake hate crimes, which is a lot.

So, what percentage are fake? Reilly’s problem is with coming up with an appropriate denominator of total hate crime allegations, fair and fake, to go along with his numerator of 409 phony ones. Therefore, he’s not willing to offer a precise calculation of what percentage of widely reported hate allegations are phony, merely estimating broadly that “Between 15 and 50 percent of hate crime accusations are flatly false.”

Last week, I analyzed all 21 incidents reported in a couple of 2016 “This Week in Hate” columns in The New York Times. Rather than counting stories that are “flatly false,” I counted instances that turned out to actually uphold the Times’ theme that straight white male Trump supporters were out of control. My best guess is only about one-third of the NYT’s curated cases actually supported The Narrative.

In any case, Reilly observes sensibly, it’s clear that hoaxes are common enough that the media and college administrations should be less credulous about promoting any new hate assertion until substantial evidence for its validity is assembled.

Moreover, authorities need to be aware that some kinds of hate charges are inherently less likely to be true than others. While racist violence out behind a biker bar at closing time might not be implausible, many of the most publicized tales are set in improbably non-Trumpist surroundings, such as the women’s dorm at the New School for Social Research in Greenwich Village. Reilly writes, “But my strong suspicion is that at least half of college campus hate incident reports are fakes.”

Reilly recommends that colleges immediately call the police rather than leave the investigation up to, say, the college’s Diversity, Inclusion, and Belonging (DIBs) department, which is likely to exploit it for its own ends.

In contrast, the police, to their credit, seem to treat hate allegations with evenhanded skepticism. Unlike the immense number of hate crime accusations that fizzle out under police scrutiny, there don’t appear to be very many cases of people who have been unjustly convicted due to hate crime hoaxes, fortunately.

“Violence motivated by animus toward a racial group should be punished equally no matter who punches whom.”

Interestingly, Reilly reports that while in the past, blacks, such as Tawana Brawley, perpetrated most of the fake antiblack hate hoaxes, in recent years leftist whites appear to be pitching in with more antiwhite hoaxes.

And, over the past dozen years or so, rightist whites have started to stage a few hate hoaxes of their own. In the later 20th century, antiblack hoaxes such as Susan Smith’s and Charlie Stuart’s were generally personal scams in which whites tried to get away with murder (literally in these two events) by blaming unknown black carjackers for their dead loved ones, but did not allege hate crimes.

Recently, however, some conservative whites have gotten into more Jussie Smollett-style awareness-raising hoaxes. Perhaps the funniest in Reilly’s book is from Princeton in 2007,

when a white Hispanic Mormon traditionalist conservative—I certainly hope I got all that in the correct order—named Francisco Nava accused two hooded men of beating him bloody with a bottle of Orangina.

There’s not much of a media market for this kind of thing compared with antiwhite hoaxes, but conservative celebrities such as Harvey Mansfield, Brit Hume, and David Horowitz took up Nava’s cause. Then the cops tripped up the Princeton student over his inconsistencies and he confessed to making it all up.

I have a vague suspicion that the rise in hate hoaxes is related to the similar rise among young adults of Live Action Role Playing, such as going to Comic-Con dressed as an Imperial Stormtrooper and fighting lightsaber battles with other people dressed as Chewbacca and Princess Leia. While the full gamut of Jussie Smollett’s motivations in acting out his fantasy of being the “Gay Tupac” fighting off a MAGA lynch mob seem obscure to an oldster like me, so does the idea of paying to dress up like Mario and act out with some other guy dressed up as Donkey Kong.

Reilly endorses David Kopel’s mooted reform of recognizing that hate hoaxes, comic as they often are, should be no laughing matter legally. Instead, hate hoaxes spread fear and loathing of the targeted race and therefore should be punished as the hate crimes that they are. Kopel writes:

To the extent that arguments in favor of special hate crime laws are persuasive, the arguments for special anti-hate-crime-hoax laws are at least as persuasive. Hate crime laws are promoted under the theory that they send a message…that such crimes are especially heinous. Precisely the same can be said about hate crime hoaxes—which are often treated quite offhandedly by the authorities.

Of course, this raises the old arguments of whether the category of “hate crime” should exist at all.

I’ve come around to the belief that it’s not unreasonable for society to especially try to deter crimes motivated primarily not by basic sins such as rage, greed, or lust but by animus against a demographic category.

Similarly we tend to distinguish between crimes of passion and crimes of calculation—e.g., a man who kills his wife’s boyfriend upon discovering them in flagrante delicto will generally be treated by the law somewhat less harshly than a hired hit man who cold-bloodedly kills the lover for money.

Likewise, it’s not particularly controversial that certain categories of victims, such as children, police officers, and political candidates, are protected by stiffer sentences. The state of Louisiana treats policemen as a group protected by hate crime laws, which in the wake of the Black Lives Matter assassinations of recent years seems rational.

Similarly, it’s not unreasonable that crimes unmotivated by any personal beef, but simply by animosity toward an entire demographic group, are particularly obnoxious and threatening to the public peace and thus should be deterred by higher penalties.

For example, Northern Irish Catholic movie star Liam Neeson recounted recently how when he was young man in Northern Ireland a female loved one of his was raped by a black man. Neeson set out, in the Northern Irish tradition of communal vengeance that did so much to make Belfast what it was from 1969 to 1998, to find a random black to beat up as a form of racial revenge. Fortunately, blacks were rare in Northern Ireland back then, so his plan came to nothing.

Northern Ireland’s long history of cycles of Protestant-versus-Catholic vengeance violence is testimony that the state can have a particular interest in deterring criminality against groups. Individual-upon-individual acts of revenge are bad enough for the keeping of the peace, but race-upon-race crime might set off long processes that can go on for many years.

But this concept also means that the law should distinguish between “hate crimes” in which animus against a group rather than a person was the motivation and “anger crimes” in which the aggressor’s motivation was to harm a particular individual. That would mean that punishing a criminal additionally for, say, shouting a racial epithet in the heat of a fight would not be considered a hate crime.

It’s essential for the sake of justice that hate crimes be defined objectively rather than making it a hate crime for, say, a white person to “punch down” at a black but not for a black person to “punch up” at a white. Violence motivated by animus toward a racial group should be punished equally no matter who punches whom.

This, however, is considered a highly controversial point of view by the ACLU.

If the goal of hate crime legislation is not merely to punch up at whites but to deter crimes that increase society’s overall level of racial animosity, then interracial hate hoaxes should be punished especially hard.

This raises the question of whether motivations in lying to the cops should be carefully assessed, or whether interracial hoaxes should simply be treated as offenses against public order no matter what the reason. For example, how much does it matter what Susan Smith’s or Jussie Smollett’s motives were in making up their stories about attackers of another race?

Smith likely wasn’t trying to make blacks looks bad; she was instead trying to get away with murdering her children. Blaming a black man was a handy lie for her. But it was a bad thing to do (even beyond the child-murdering).

Targeting whites for opprobrium was probably more central to Smollett’s conspiracy, but he might phrase his motivation as more that of helping his friend Sen. Kamala Harris replace the hated Donald Trump as president.

But perhaps it isn’t helpful or necessary to try to untangle the confused thinking of a Smith or a Jollett? Maybe we should just automatically increase the penalty for lying to the cops if the lie crosses racial lines? If you are going to make up a criminal who victimized you, at least make up one of your own race. It’s less bad for everybody that way.

This logic leads to another idea, one I associate with Jared Taylor: Perhaps all crimes should be punished more severely if their victims are of another race. If you like to rob or brawl, stick with people of your own kind.

I’m not sure that I’m ready to go that far, but growing diversity may lead us to these kinds of laws simply to preserve the peace.