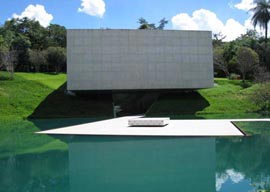 Plus, hot springs in Germany, Paris Autumn Festival, and the latest greatest art scene in Beijing

Inhotim Cultural Institute, Brazil
An idyllic cultural haven located in the heart of Brumadinho, Brazil, Ihotim offers breathtaking views of the country’s natural foliage alongside a beautiful collection of man-made contemporary art. These two aspects work in almost perfect harmony, creating a complementary experience in which one feels submerged in the nature that has served as inspiration to countless works of art—and the results of man trying to capture said nature in art. The exterior spaces, primarily designed by Roberto Burle Marx, showcase a variety of rare tropical plant species and beautiful gardens alongside more wild areas, in which fauna is allowed to grow naturally. The permanent exhibitions feature works by Brazilian and international artists such as Tunga, Cildo Meireles, and Adriana VarejÃ£o. All told, Inhotim is well worth the visit. 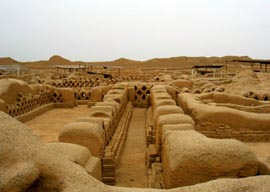 Chan-Chan, Peru
Chan-Chan, which literally means “Sun-Sun,” is one of the most valued archeological sites in South America. Treasured in part because it is the largest city from the pre-Incan period, in part because of its breathtaking glimpses into the lives and values of its people’s culture, this former adobe capital of the ChimÃº is amazingly well preserved. To wit: the twelve-meter high walls with engravings of sea life—which demonstrate the importance the sea had in its once bustling culture—are still intact. Although some of the city’s centers have been ransacked (said ransackers believed the high-class ChimÃº might be hiding gold), Chan-Chan gives even the better-known Machu Picchu a run for its money. 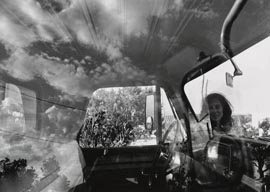 Lee Friedlander: America by Car, Whitney Museum, New York, through November 28
With his most recent photographic undertaking, Friedlander creates a perversion of the usual “on the road” collection that every American photographer seems to undertake: there is not a single photo in the collection that is taken outside of his car. Instead he allows the various view finders of a car (a windshield, a window, and even a side view mirror) to frame every photograph. This technique offers wildly intriguing images where parts of his car serve to complement an exterior and oftentimes even intrude on it. Presented in his usual square-photograph format, these photos capture Americana in much the same way that most of us experience it, that is, from the confines of a car. 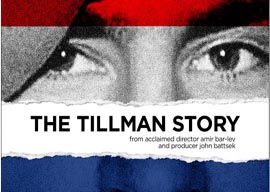 The Tillman Story
Israeli filmmaker Amir Bar-Lev’s documentary has only been in theaters for a few weeks, but it is already a front runner for the Oscar. The film takes a look at how a once successful star of the NFL abruptly left his career to serve his country during the Iraq War; what makes it so smart is that it does not succumb into the neat tale of patriotism and love of country. Instead The Tillman Story focuses on how the U.S. government took a tragic death, which was the result of friendly fire, and spun it to create propaganda for a war whose unpopularity was already beginning to show. It’s a heart-wrenching story of one family’s search for the truth (and by extension, many of ours) amidst a time of uncertainty and forced patriotism. 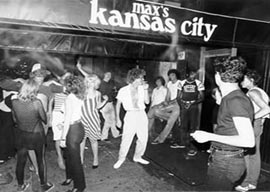 This magnificent coffee-table keepsake is an adoring retrospective of Max’s Kansas City, a New York City club that proved to be a magnet for the cultural heavyweights of the late 60s and 70s.  What was originally the place of choice for Andy Warhol and his loyal band of factory workers—Velvet Underground even recorded there—gave way to the glitzy rock of the New York Dolls then gave way to punk; the club closed in 1974 for one year until its re-opening. It then became a home for punk as significant as its downtown contemporary, CBGB’s. Max’s Kansas City offers words from some of Max’s most well known attendants themselves, including Lou Reed, along with pictures taken there before its permanent closing in 1981.  The release of the book will be accompanied by a gallery exhibition at the Steven Kasher Gallery in New York City opening on September 15 and closing on October 9.