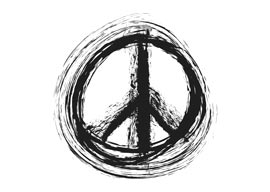 Pallbearers carried a gray coffin piled with “love beads” and other already stereotypical “flower power” tchotchkes through the streets before lighting it on fire.

The Diggers handed out a dense yellow “street sheet” that promised, between scads of “poetic” nonsense and excerpts from the Declaration of Independence, to (all-caps) “EXORCISE” the now-world-infamous crossroads where “the tourists came to the Zoo to see the captive animals” on a corny guided bus tour called “The Hippie Hop.”

It hadn”t taken long for this literal corner of man-made “paradise” in San Francisco””paradise,” that is, as long as your personal definition of utopia embraces scabies, rape (statutory and otherwise), mediocre music, body odor, and unpleasant, sometimes fatal drug misadventures”to devolve into a corrupt, commercialized, comic-relief parody of itself.

In fact, W.J. Rorabaugh, professor of history at the University of Washington in Seattle, argues in a widely noted new piece that the “Hippies Won the Culture War.”

“If the hippies really did win, it hardly seems fair because, in many ways, the “60s never really happened.”

To most Taki’s readers, Rorabaugh’s thesis is hardly, well, revolutionary. I daresay we all have a smattering of mid-career David Horowitz, Peter Hitchens and/or P.J. O”Rourke, and any number of other anti”Frankfurt School “we told you so”s shoved on our shelves.

As blue jeans, beards, body adornments, natural foods, legal marijuana, gay marriage, and single parenthood have gained acceptance in mainstream American society in recent years, it is now clear that the hippies won the culture wars that were launched nearly fifty years ago.

The first Apple was built in a computer hobby club in Menlo Park, California just a couple of blocks from where Jerry Garcia had lived only a few years earlier when he had created the Grateful Dead.

But Silicon Valley residents”most famously Steve Jobs“notoriously discourage their own offspring from using the gadgets they market to the rest of us.

Rorabaugh, while not entirely approving”he duly notes that the benefits of the era’s “sexual revolution” were confined almost exclusively to the spear side”generally views the hippies” “culture wars victory” as a good thing: an Apple in every home, a Whole Foods on every corner, and pot for everybody who’s not chicken.

Whereas it always seemed to a Gen-Xer like me that the hippies were actually trying to kill us, and still are.

Sure, they started small: Altamont. The Weathermen and the SLA. Manson.

Will longhairs ever admit that their “peace movements“ and environmentalism have helped murder millions of foreigners?

That their “health food” mania keeps another batch of said foreigners poor and hungry?

And Rorabaugh doesn”t mention the hippies” long and passionate embrace of the occult, which insinuated itself into mainstream movies, music, books, and even comedy, to no discernible good end.