Let’s Be Perfectly Clear About Scientology 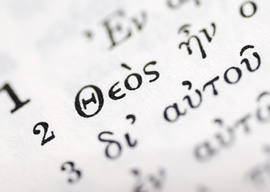 As someone who was molested in a previous life, I have a lot of respect for Scientology. Not only does this 3.5-million-strong “Way to Happiness” offer answers that help people “clean” their souls, it’s also the only place that clearly explains why we”re all here. (Seventy-five million years ago, Xenu placed thetans in volcanoes all over Teegeeack.)

The CoS is back in the news because of a new film called The Master in which director Paul Thomas Anderson “used [Scientology] as a backdrop.” If the Church decides Anderson has portrayed them negatively, it’s very likely he will get his ass sued off. Scientologists have the right to freedom of religion and it appears they”d like to make it illegal for anyone to say otherwise.

Mark Ebner is generally known as the first major whistleblower on the Church after he infiltrated them in 1996 for a Spy magazine feature. It has been insinuated and rumored that they have possibly (as well as allegedly, reportedly, purportedly, and reputedly) been stalking him ever since and submitting a “Dead Agent Pack” (alleged dirty secrets) to potential employers. Washington Post reporter Richard Leiby suffered a similar fate when he started investigating the Church. Most recently, Vanity Fair came under attack for a “false” and “defamatory” piece about Tom Cruise called “What Katie Didn”t Know.” The Church denies the allegation that girlfriends were auditioned for Tom. It is threatening to sue Vanity Fair‘s ass off.

“Scientologists have the right to freedom of religion and it appears they”d like to make it illegal for anyone to say otherwise.”

Oscar-winning director and ex-Scientologist Paul Haggis came out in defense of Vanity Fair‘s source. He recently quit the religion for a number of reasons, not the least of which was their denial that they practice “disconnection,” the act of separating Scientologists from family members who don”t follow the religion. Many of Scientology’s detractors claim this practice is what distinguishes a cult from a religion. Shortly after Haggis renounced the religion, a website appeared called “Who is Paul Haggis?” that calls him “the hypocrite of Hollywood.”

It is said that the practice of auditing one’s life through the Church also provides them with a pile of damning secrets with which they can blackmail the follower should he or she choose to leave. When the “suppressive person” is outside the Church, CoS agents allegedly do their own investigations and use that for leverage. As a man with many secrets who’s writing about Scientology, I”m a little bit nervous. I don”t want them to sue my ass off.

To be perfectly clear, I don”t know a lot about Scientology but from what I can see it is a wonderful and giving institution that saves lives and brings immense amounts of positive energy to the universe. Its current leader David Miscavige is breathtakingly gorgeous and I”m inclined to agree with Cruise, who called him “competent,” “intelligent,” “tolerant,” and a “compassionate being.”

Despite all these seemingly self-evident truths, the Church continues to get lambasted by jealous journalists and bitter ex-members. Earlier this year, high-ranking official Debbie Cook decided to ignore the non-disclosure agreement she and her husband each received $50,000 to sign and accused Miscavige of punching someone in the face. Her allegations include few or no details about this “someone” and what they had done. Was this “someone” a Preclear or a Suppressive Person acting as a Potential Trouble Source? Were their ARC and KRC triangles misaligned? How far along the Bridge were they? Were they beyond the level of OT III? What’s their Purification Rundown?

Not one”let me repeat that, not ONE“so-called “journalist” looked into these very simple questions and I think it’s because such questions don”t fit the media’s anti-Scientology narrative. In 1995 when Lisa McPherson died of a pulmonary embolism while receiving treatment under the Church’s very unique medical system, they were charged with “abuse and/or neglect of a disabled adult” and “practicing medicine without a license.” To this day nobody has researched how clear she was before her Purification Rundown, nor how close she was to the Bridge of Total Freedom.