Let’s Hope the Next Bomber is a Liberal Journalist 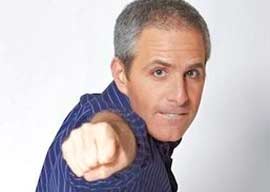 I first heard about the bombings from a little old white lady at a gas station down the street last Monday afternoon, and she said that “terrorists” were the likely culprits.

As someone who’s increasingly bewitched and bewildered by the political use of semantics, I have severe misgivings about the word “terrorism.” The US has been carpet-bombing massive swaths of the Middle East in varying degrees of intensity ever since the first Gulf War, which undoubtedly induces terror among the locals there, yet magically that’s somehow not “terrorism.” To me, “terrorism” is to “authorized military bombing” what a “cult” is to a “religion””the main difference seems to be that neither the cults nor the terrorists have gone pro yet.

Even the most conscientiously objective among us have our biases, formed mostly by life experiences and where we find ourselves in the social pecking order. I find myself more suspicious of the major media and the US government than I do of either Muslims or rural redneck rubes, and when I got home from the gas station to read online that the bombings had occurred at the Boston Marathon, my first thought was of the 2010 British film Four Lions, where a quartet of bumbling jihadists blow themselves up at the London Marathon. But I didn”t suspect Muslims as much as I suspected some pill-popping, attention-seeking, media-addled copycat.

And since the feds bleed what I presume are tens of billions from taxpayers such as myself to fund the CIA yet won”t divulge exactly how much they”re bleeding from us nor how they”re spending that money, you can”t shame me into silence by calling me a “paranoid conspiracy theorist” that I also wondered whether the bombings may have been a false-flag operation.

So although I had my suspicions, I reserved judgment, because that’s what a journalist is supposed to do, or at least that’s what they taught me in journalism school before modern academia became entirely submerged in the ever-rising floodwaters of Cultural Marxism.

This wasn”t the case with many other alleged journalists. Those on the “right” tended to suspect Muslims, and those on the “left” were fairly wetting themselves with gleeful anticipation that it was one of those gun-toting, tax-resisting, rural Angry White Males that has served as their cultural “other” and chief movie villain for generations now.

Since I”m a white male and not a Muslim, I don”t quite cotton to such rank defamation and stereotyping.

Michael Moore stopped gnawing on his Flintstones-sized rack of barbecued ribs long enough to note that being white would help you escape scrutiny as a bombing suspect. Moore would know something about being white, seeing as he owns a sprawling mansion in an area that is estimated to be 98% white and has no black residents.

Racial witch-hunter Tim Wise, who looks like the bastard love child of an albino beaver and Dr. Evil, allegedly lives in an area that is 97% white and 0% black; if that’s true, then he, too, ought to know a little about the “white privilege” against which he’s constantly railing.

Wise kinda-sorta claims to be white in an apparent quest to score self-flagellation points, but not really, since he says his Jewish ancestors were only able to achieve success by slyly passing as white. So if I”m understanding him correctly, even though he insists he’s white and that white guilt is a real thing, don”t try and pin any of the bad stuff about whiteness on him, because he’s not really white. This, apparently, is how he’s able to feel justified in plotting the “destruction“ of the “conservative old white people [who] have pretty much always been the bad guys” while he refers to Jews as “my people.”

Fuck me with a dreidel if that “destruction” line doesn”t sound somewhat genocidal, Uncle Tim. But what the hell do I know”I”m rendered deaf, dumb, and blind by “white privilege,” right?

Although the Boston bombings had nothing to do with whiteness, Wise immediately squirted his shopworn “white privilege“ meme all over the blood and guts in Boston.