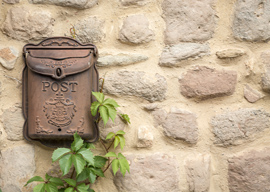 Why is the World Getting Dumber?

Jim Goad’s article of 18th June: ‘Why Is The World Getting Dumber?’, brought to mind an observation made by my tenth-grade biology master. He said that the greatest problem facing this country, was that the wrong people were having children. The right people, he went on, were too busy enjoying themselves. He concluded by saying that we were all going to pay for this. (I do not think we shall ever stop paying.)

Of course, an unintelligent population is a politician’s dream, and the educational system panders to stupidity, encourages it, and takes advantage of it through indoctrination. One has heard a variety of people say that most people now are incredibly stupid. One would add to that, literal-minded, and slow on the uptake.

Take away their telephones, and try to converse with them.

People who think correlation=causality all die as a result 🙂

The central premise of this article is wrong: IQ is increasing, a phenomenon known as the Flynn effect . Ironically, the term “Flynn effect” originates in “The Bell curve” by Richard Herrnstein and Charles Murray. Murray claimed that while the data showed an increase in IQ scores in the USA, intelligence (“real IQ”) was actually declining. So according to Murray, IQ tests don’t measure intelligence or even IQ and he is hoisted on his own petard (or should that be “burning cross”?)

East Germans have considerably lower IQ’s than West Germans. Croatians have lower IQs than their genetically indistinguishable Austrian neighbours (same pattern all along the iron curtain, as you can see from the links you quoted). Irish people have lower IQs than Irish Americans. Social discrimination depresses IQ, as the differences in IQ between Northern Irish Protestants and their Catholic cousins shows. Education raises IQ. Pretty sure I can thank my high school Math teacher for a hefty chunk of my IQ score, because he taught me to solve the kind of problems found in IQ tests. The more IQ tests you do, the higher your score becomes. The environmental factors affecting IQ are huge.

Development is the best contraceptive, and seems to be linked to both low birthrates and higher IQ. Ethiopia currently has a birthrate similar to that of the USA in 1910. Environmental factors affecting birthrate are also huge. Note that birthrate is not the same as reproductive success. High infant mortality also encourages higher birthrates.

If you read up on this subject and conclude that IQ is a reliable measure of intelligence, genes are the most important factor controlling IQ and evolution is making us dumber, then you need to read more.

I felt as though some of my brains leaked out through my ears while I was reading this article.

My guess is that the people who brought us H-C were aware of the correlation you noticed, and reasoned that the less educated the populace, the easier they would be to control.

A list from The Naked Communist, by Clean Skousen, was read into public record in 1963 by congressman Albert Herlong Jr.  The list was 45 goals of Communists. Early in the 20th Century, the Soviets actively tried to create a “Black America” to split the US. At the time, blacks as a whole in America were too well educated to fall for it. But keep diluting the gene pool with imports from the five countries you listed and over time we’ll be so easily manipulated we can kiss the Constitution goodbye.

Wow, what a great column. Mr. Goad says, in a beautiful way, what I think. To have the ability to express ones self like that borders on genius. Mr. Goad should be required reading for every American.

This seems to be the same thing that is happening at the border too.

When in human history have racial demagogues—of any color—ever been satisfied with “just enough”?

Why limit it? What about political? Ideological?  LGBTQQIA+?  Alinsky was simply pro-division!

A moratorium on all immigration. Repeal the immigration act of 1965. Deportation of anyone here illegally. Prosecute anyone that knowingly hires an illegal.

I think an “accelerating” cause of the quest for racial immunity was the actions over eight years in office of our beloved first black president. Obama broke the law when necessary (Fast and Furious), wrote his own law when he wanted to (EPA Clean Air Standards) and refused to enforce the laws when politically expedient (Obamacare). With a track record like that as an example you can hardly expect the lawless among us to not want the same type of carte blanche that this man accorded unto himself.

For as much is being said about the separation of children from their parents after being detained crossing the border illegally, little is made of the children that die regularly making the journey to come here. Crossings occur in remote inhospitable areas where people do die of thirst, heat and exposure. Other people are jammed into small spaces with no air conditioning or ventilation as they are smuggled into the states. As it happens things go wrong and people die.

It is anyone’s guess as to how many people die each year crossing over, or those who are killed or assaulted just getting to the border. Border patrol regularly finds bodies. This whole situation rarely crosses the minds of the concerned classes. The great prize of these “Hunger Games” is to get into the country. Maybe it is not discussed because the only way to stop the incentive for trying is to truly secure the border, something they can never allow.

Mormon eschatology is even a bit more complicated than you make it. The short answer being that no one goes to heaven or hell after death until after the judgement. Some wait in Paradise and the remainder in Spirit Prison. After the judgement, some, including all infant children, will be rewarded to be in the presence of God. The remainder will have something less, away from God’s presence, in two other kingdoms. In effect, the greater your distance from God the greater your punishment. A few, the worst of the absolute worst, will be cut off completely and be with Satan and all who follow him. The first resurrection began with the resurrection of Christ and is continuing. The second resurrection will occur sometime before judgement and is for those not good enough to be resurrected earlier. Whole books have been written on the long answer.

Just for the fun of it, you might submit to any Italian the description of Eugenio Scalfari as a “… flamboyant … celebrity reporter” and watch the reaction.

It really is a gem…  of course, non-Italians couldn’t appreciate it.

Thank you for your very interesting article

I always say, when we stopped believing in Hell, we started to create it on earth.

The LDS (Mormon) take on Hell is a bit more nuanced than presented in Joe Bob’s article, which captures some of its spirit but falls down on the details. Mormons actually believe in three types of “hell”, with only a handful of people making it to the third and permanent one. In the first there is real suffering: anguish in anticipation and clear knowledge of our guilt, despair and darkness with the absence of the light of Christ, while in the second, there is actual compensatory suffering for the sins for which we have not repented.

Notes From a Messy Desk

In my DC region telephone technician days, I passed through the offices of all the greats in the think-tank industry. Brookings, Heritage, CATO, AEI, an Alphabet Soup of Depravity, the usual suspects. You undoubtedly have run across some of them. But man, the think tanks are chock-a-block filled with brilliant people and lot of articles and much research is generated by these folks, all paper. Back then, in “organized” in folders and stacks, big piles, all around them. The best of them were the sloppiest perhaps, but they knew where every document they needed was in the pile. Remarkable. Messy-study syndrome IS the sign of a busy mind. For all the talk of paperless, we print. It has to land somewhere. T’anks for the chuckle.