Liberalism Is Expensive, Conservatism Is Cheap 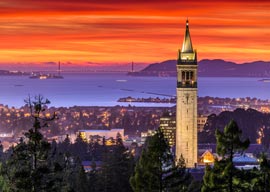 Here’s another set of polarities to accompany previous concepts such as Fringe versus Core and High/Low versus Middle that are useful in grasping why some things in modern America are automatically assumed to be liberal and others conservative. This is a reductionist, one-dimensional perspective that hardly explains everything, but it does sum up broad tendencies:

Liberalism Is Expensive, Conservatism Is Cheap

While you are considering that, let me try to usher a few objections out of the way:

There are obvious exceptions to my general rule. Democrats favor, at least theoretically, spending less on defense and medicine.

This correlation hasn”t always been true. The British Liberal Party of the later 19th Century, for example, espoused most of the arguments made by American conservatives today for thriftiness, public and private. The equation of liberalism with high prices has simply been a hallmark of our era since roughly the cultural revolution of the 1960s.

I”m not focusing on traditional topics such as taxes and government spending, but instead calling attention to some empirical commonalities, such as that the more liberal a region or institution is, the more expensive it tends to be, and vice-versa. For example, San Francisco, where the average one-bedroom apartment rents for $3,100 per month, voted 84 percent for Obama in 2012.

As a glance at maps of Presidential elections results by county shows, modern American conservatism tends to flourish where land is abundant and thus inexpensive, while liberalism thrives where cities are thrust up against deep water, and thus suburban expansion is limited. Not surprisingly, the family values party does better where voters can afford to start families.

Likewise, 84 percent of campaign donations by Harvard professors go to Democrats. (And that figure would be over 95 percent if not for Harvard Business School professors, and even they gave 62 percent of their money to Democrats.)

Liberals run academia and they like it the way they”ve made it: ever more expensive.

“That’s what leftism at its best was about in 1946: making good things affordable for the masses.”

Higher education doesn”t have to be as costly as it is in America today. The countries that were humiliated in WWII, such as Germany, Italy, and France reacted by radically proletarianizing higher education, with open admissions, low or free tuition, and the concomitant vast lecture halls. That’s what leftism at its best was about in 1946: making good things affordable for the masses.

You may have noticed, however, that you haven”t heard much about formerly world-renown European universities such as Gottingen (current tuition: “¬291 per semester), Heidelberg, Padua and the Sorbonne lately. In contrast, the famously elite universities of WWII’s winners, such as Harvard and Yale, Oxford and Cambridge, became even more elite and famous.

Similarly, tuition at Brigham Young University is notably cheaper than at other private colleges: $5,000 for Mormons and only $10,000 for gentiles. Much of this bargain is due to generous Mormon tithing, but BYU also keeps costs down by having bigger class sizes. The Latter-Day Saints tend to have old-fashioned mid-20th Century American views about equality of opportunity. If more kids want to go to BYU, then they expand the campus, in sharp contrast to Ivy League colleges that have become dramatically more exclusive over recent decades. (Of course, today’s Americans tend to find Mormon inclusiveness weird and scary, whereas having two Yale Skull and Bonesmen running against each other for President in 2004 is just plain natural.)

Interestingly, the social revolution of the Sixties is often specified as beginning in 1964 at UC Berkeley, the flagship for the post-WWII philosophy of affordable mass higher education that was pitched in-between the Dink Stover-traditionalism of the Ivies and the barebones colleges on the Continent.

Numerous explanations have been offered in the half-century since for why Berkeley students found their seemingly rather pleasant education so alienating. But the working solution adopted since then by academia has been to spend more money.

Thus, the number of campus staff on hand these days is staggering. For example, the U. of Michigan recently made sure student council leaders debating an anti-Israel BDS resolution had staffers standing by to provide real time therapy in case any of the young politicos felt threatened or agitated by being contradicted.

As a native Californian, I”ve always been struck by how much of the cultural revolution of the 1960s transpired in California even though many of what we hear ret-conned today as the causes of the 1960s “ slavery, the Civil War, Jim Crow, civil rights, and so forth “ were not particularly relevant in California. There were enough blacks to stage a major riot in Watts in 1965, but it was hard to say that blacks were terribly central to California in the 1960s.

Instead, the California that fostered Berkeley in 1964 was largely a creation of the once seemingly triumphant liberal consensus of the middle of the 20th Century, with the population almost tripling from under seven million in 1940 to 20 million in 1970.

My impression is that the social revolution that began in California in the 1960s was actually more about the transition from affordability to expensiveness, from inclusivity to exclusivity.

Middle class life in California in the decades after WWII had been, by today’s standards, absurdly cheap. In a review of Kevin Starr’s history of California: Golden Dreams: California in the Age of Abundance: 1950-1963, Benjamin Schwarz wrote in The Atlantic:

From the end of the Second World War to the mid-1960s, California consolidated its position as an economic and technological colossus and emerged as the country’s dominant political, social, and cultural trendsetter. … It was a sweet, vivacious time: California’s children, swarming on all those new playgrounds, seemed healthier, happier, taller, and—thanks to that brilliantly clean sunshine—were blonder and more tan than kids in the rest of the country. … Starr consistently returns to his leitmotif: the California dream. By this he means something quite specific—and prosaic. California, as he’s argued in earlier volumes, promised “the highest possible life for the middle classes.” It wasn’t a paradise for world-beaters; rather, it offered “a better place for ordinary people.”

In contrast, 21st Century California is notoriously expensive. It’s a great place to be Mark Zuckerberg.