Look Out, Biden: Russia Could Not Even Hack Its Own Election 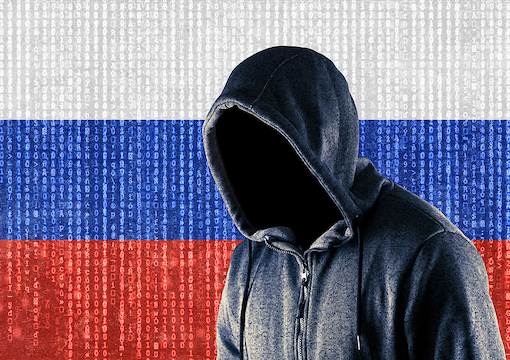 The Kremlin’s secret magic wand to fix elections, or so the sore-loser version of the story goes, resulted in Donald Trump’s victory four years ago. Strangely, though, this magic wand didn’t seem to work in the Russian municipal and regional elections that took place last month, which delivered a body blow to United Russia, Vladimir Putin’s legislative rubber stamp. So maybe, just maybe, the crybabies have incorrectly diagnosed the reason for Hillary Clinton’s loss in 2016 and ought to revise their potential excuses if 2020 doesn’t go their way.

The truth is that Trump did not actually win anything that Hillary Clinton did not already lose in a classic display of hubris, arrogance, and elitism that prompts chronic overuse of the facepalm emoji by gobsmacked political consultants like me. Meanwhile, Trump’s team made astute gambles, led by the now-withdrawn Kellyanne Conway, who is in reality a far more astute pollster than the contorted logic of her televised defenses of the president would ever suggest. She saw a chance to flip Wisconsin and put it in the red column for the first time since 1984, and Trump obliged. They doubled down with success—with 22 of 72 counties switching columns.

Instead of confronting this reality and laying the groundwork to reverse the forty-point rightward swing from Obama’s performance in parts of the Midwest, Democrats spent the past four years obsessing over the president’s tweets that even his daughter Ivanka evidently finds unhinged. They ignored the best political advice ever offered—not by Winston Churchill or Nelson Mandela, but by Michael Corleone: “Never hate your enemies; it affects your judgment.”

As for the claim of Russian “hacking,” only the looniest corners of the leftist fantasies entertain the notion that Russia actually manipulated voting machines at American polling stations. The term “hacking” is an ominous descriptor to excuse the idiocy of Hillary Clinton’s campaign chairman John Podesta surrendering his password to a phishing scam, even after consulting with the campaign’s IT specialists. Again, where’s that facepalm emoji?

Yes, Russia has decades’ worth of experience in counterintelligence, which it uses to its advantage abroad. (Here’s a dirty little secret: The United States is not always a benevolent impartial observer of foreign elections either.) But these tools do not automatically bend the world to the Kremlin’s desires. Even in its own backyard of post–Iron Curtain states, Russia struggles to assert its influence because the parties and candidates who win elections usually do not align with Russian objectives so easily.

Russia has barely a prayer in countries like Czechia or Slovakia. The former Yugoslavian republics are either E.U. members or on track to become so. In the Baltic states, pro-Russian parties do not manage to win majorities. In Bulgaria, perhaps the most Russophile country in Southeastern Europe, the Kremlin’s preferred candidate in the last presidential election barely exceeded 10% of the vote. Even Belarus, home of the last European President-for-Life still standing, has begun to slip from Moscow’s orbit, as the ongoing protests demonstrate.

This wave has now crossed the Volga River and has impacted even domestic Russian politics. In the September voting, Putin’s party has lost almost 35% versus its previous performance. Especially in bellwethers like the Siberian city of Tomsk, United Russia took a shellacking. Much of this reversal of fortune can be attributed to anemic turnout, meaning that ordinary Russians seem less and less inclined to give Putin a blank check. If he can start to lose ground in the hinterland of Russia, his international ambitions become even harder to achieve.

Ironically, Kremlin mouthpieces will dismiss United Russia’s poor performance as evidence of Western “hacking” of Russian elections. But votes, whether in Wisconsin, Siberia, or a future Mars colony, are not allocated by foreign or interplanetary conspiracies; they are earned by disciplined adherence to a well-crafted strategy. No fake-news generator or phishing scam can undermine the kind of tenacity and focus that successful candidates and parties demonstrate to gain the confidence of voters.

Upstart Russian parties, along with many other fresh-faced political successes in Europe, have taken that lesson to heart. Trump’s chances for reelection ride heavily on how well Joe Biden does the same. Time will tell if the pathetic “blame Putin” playbook will get another reading.