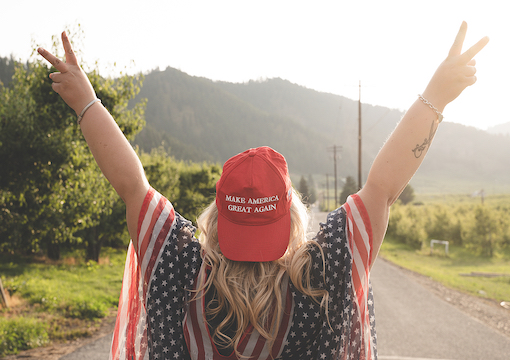 Last week I examined the phenomenon of MAGA rightists who, in their zeal to advance the Wuhan lab Covid origin theory and vindicate Trump, have embraced the CCP propaganda line that Covid is an American bug and the Chinese are practically innocent bystanders in the whole affair.

In the six days since I penned the piece, that phenomenon has only grown. Last week saw former Trump official Pete Navarro tell Steve Bannon that Anthony Fauci is “the father of the pandemic” and “the biggest mass murderer in history.”

Now, that’s exactly the kind of nuanced subtlety that Trumpism will be remembered for. Fauci’s worse than Mao!

I’m sure the CCP is having a good laugh at that.

Also last week, rightist websites and government officials claimed to have “uncovered” a Wuhan lab “smoking gun”—a book by a Chinese scientist who claims that, yes, Covid was cooked up in a lab, but only as a defensive measure because the U.S. cooked up SARS and unleashed it on China in an act of “biological terrorism.”

So apparently America did SARS, too.

Now, obviously, none of these dimwits consciously want to parrot CCP propaganda. So how does something like this happen? More to the point, why do the MAGA minions eat it up?

It’s a simple principle: Restless unmoored ideologues are just begging to be corralled. People craving forward momentum yet possessing no concrete idea of where they want to end up are very easy to manipulate. A clever enough person or entity can, with minimal effort, channel this pent-up energy for their own benefit.

David Shor is a data scientist and progressive Democrat activist. He’s also one of the most honest analysts working today. Back in January, in a fascinating Twitter thread that continued for several months (though it’s largely barren now, as Twitter prefers redaction to preservation, the antithesis of Joe Gould’s vaunted Oral History of Our Time), Shor stated:

I think the thing that people don’t really get is that what left-wing activists care about is really influenced a lot more by what billionaire philanthropists want than people realize.

Adding later in the thread:

Obviously things are spontaneous to *some* degree, but in practice I think people who don’t work in the industry overrate the extent to which activism is a spontaneous grassroots phenomenon.

His point applies equally to left and right. I was a “Tea Party” organizer during Obama’s first term. Back then, Dems called us “astroturf,” and that was partially correct. It was wrong in that the people at the marches and demonstrations were sincere. Nobody paid them, they weren’t shills. But, without the guiding hand of the verminous Koch brothers and Con Inc. and the GOP establishment, without navigation and support from big-money overseers, the “movement” wouldn’t have had the same level of success.

“It’s fitting that Ashli Babbitt has become the Patron Saint of MAGA. Her pointless demise personifies what the movement has become.”

Of course, the Tea Party reflected the values of those who corralled it. Low taxes! “Mah chahld ain’t yer ATM, Obammer!” It was actually a point of pride among Tea Partiers that we steered away from “social issues” or anything “racial.” Immigration? Black-on-white crime? Certainly not! We aren’t the racists the left claims we are! We’re patriots fighting for low corporate tax rates and we all bleed red and support the troops and hey, did I mention that my child isn’t your ATM, Obama? I did? Shit…I’m outta ammo.

And together we helped deliver the glory that was the Boehner Congress! The man himself flew out to Beverly Hills on Jan. 30, 2011, to personally thank our merry little band of Hollywood Tea Partiers for our efforts.

And America—I mean the Koch brothers—lived happily ever after (well, one of them…).

Until an upstart named Trump began talking about things that weren’t on the Koch agenda. And a new kind of movement sprung up, centered pretty much entirely around one guy…and it’s still a movement centered around one guy. The guy ran on a cause, but then the guy became the cause. And that’s the problem.

Having been neck-deep in Tea Partiers, and knowing a hell of a lot of MAGAs, I can tell you that the main difference is not ideological (not counting the “Groypers” and their incestuous little world of code words and high signs). The difference is that the MAGAs are un-corralled, directionless. That the Jan. 6 riot was not an insurrection is not good news. It’s terrible fucking news. A bunch of morons did something stupid and destructive for no discernible reason. I wish it had been an attempted insurrection; that would’ve been less pathetic. But in truth no one had any idea what the hell they wanted. I don’t think Trump knew what he wanted by calling for the demonstration in the first place.

If you’d asked any 1/6 rioter what they were there for, they’d have said “Trump!”

Okay, but what’s Trump for?

But what does that mean? You know, specifically. What are your policy goals?

This is gonna win me no friends, but the cult of Ashli Babbitt drives me nuts. I look at her selfie videos and I see exactly the kind of person who’d show up at one of my Tea Party events and I’d put her in a tricorne and give her a drum and she’d march around in a circle for two hours banging like a mechanical chimp and at the end of the day she’d think she accomplished something. Unlimited enthusiasm, limited smarts. Only as useful as a smarter person makes her, completely hopeless without direction.

This trespassing dumbass broke through a window into a besieged, barricaded room filled with cops pointing guns at her screaming, “Don’t come in here,” and she tried to enter anyway and got her fool ass shot, and I bet if she could’ve used her last breath to answer the question “Why’d you do that?” she wouldn’t have had an answer except “Trump.”

There’s nothing even remotely heroic about that. Yet rightists are Rain Manning all over themselves to lionize her as a hero. Last week, GOP Rep. Paul Gosar tweeted a photo of Babbitt with the caption:

They took her life. They could not take her pride. #onemoreinthenameoflove

Leftists decried the MLK reference, and they’re right. Love MLK or hate him, the sonofabitch died for a clearly defined goal.

Attempts by rightists to make Babbitt their George Floyd (“It doesn’t matter if they were breaking the law, or if they were suicidally stupid; cops shouldn’t a’ used so much force!”) won’t succeed. Floyd-mania was backed by Shor’s “billionaire philanthropists” who spend for their cause rather than fundraise off it. That’s a huge difference. Gosar wants your money. Lin Wood, Sidney Powell (who’s still making the rounds shearing the dolts), and Steve Bannon (who literally defrauded you guys out of millions and got pardoned to avoid trial, and none of you seem to care) want your money. They are bad shepherds. Soros, on the other hand, wants results, and he spends to achieve them.

The left funds and directs its fools. The Koch brothers and Con Inc. do the same (hence the success of the Tea Party). But MAGA? A bunch of aimless saps, hopeless when left to their own devices, under the direction of mercenaries who only want to channel them into writing checks.

But it’s even worse than that. Desultory MAGAs whose kinetic energy is not properly discharged by friends will have that energy discharged by foes. Like the CCP getting so many of you to shift blame for Covid to the West. Or how Babbitt beatification has led some of your leading lights to take staunchly anti-police use-of-force positions. Last week during a Babbitt rant, Tucker Carlson declared that if trespassers are breaking through your window, you shouldn’t be able to shoot them “without explanation.”

Screw that. I’d gladly lose a thousand Ashli Babbitts to preserve my right, and yours, to blast the living shit out of a trespasser busting through a window. There should be no “explanation” needed beyond “The person was crawling through the window uninvited.” There, Tuck. There’s your explanation. Now get a dustpan and scoop up the remains.

Mark Steyn also attacked the Capitol Police for using force against 1/6 rioters. The guy even rehashed the 2013 incident in which a schizophrenic black woman in an Infiniti rammed her vehicle through a White House barrier and into a restricted security zone, striking officers before they justifiably ventilated her. Steyn had the gall to claim that the woman was “defenseless” (his term), because a car can’t possibly be used as a weapon. Tell that to the Capitol officer who was killed in April when a Nation of Islam lunatic rammed his car into a restricted zone.

Supporting use of force against rioters and trespassers should be an inviolable principle of the right. There should be no exceptions. But on the MAGA right, where the only thing even partially resembling a goal is an undefined mandate to “vindicate Trump,” all principles are up for grabs.

The MAGA right, untethered to capable patrons, weighed down by parasites, bound to nothing beyond an allegiance to a rapidly fading and irrelevant egotist who was never the man his followers thought he was and who long ago jettisoned the goals that got him elected, is a drifting oceanic garbage patch floating aimlessly through broken windows in pursuit of pointless ephemeral crusades that help no one and improve nothing.

This aimlessness infects the political process. GOP politicos, risk-averse shirkers by nature, are backing away from attempts to resist Soros’ anarcho-tyranny because they’re getting no signals from the base that it’s an important issue. Why take on Soros when you’ll get more kudos by tweeting “Wuhan lab!” and “Ashley Babbitt is MLK!”

Meanwhile, leftist “billionaire philanthropists” and Con Inc. “billionaire philanthropists”—who never have a crisis of purpose and who always know exactly what they want and how to get it—will happily go about fulfilling their objectives while GOPs do Kabuki theater for a bunch of easily shorn mouthbreathers who have no idea what they actually want beyond a few childish buzzwords.

You ask the MAGAs what they’re for and they’ll say “Trump.” And you ask them what Trump is for and they’ll say “America.” And that’s as specific an answer as you’ll get. Meanwhile, people with very specific goals—dismantling criminal justice, justifying antiwhite violence, destroying the very notion of male and female, enacting “corrective” apartheid policies, enabling demographic replacement—will be hard at work as the MAGA base furiously masturbates to 2016 memes from the few glorious months before it all went south.

It’s fitting that Ashli Babbitt has become the Patron Saint of MAGA. Her pointless demise personifies what the movement has become. Goalless. Simpletons charging cannons with no clue what they’d do if they surmounted them.

Worse still, simpletons charging cannons oblivious to the possibility that those behind the cannons are beckoning them on purpose.