Misogyny Among the Fairer Sex 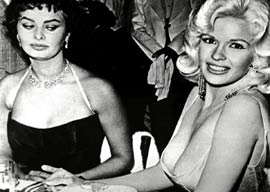 British think tank Demos recently released a study titled MISOGYNY ON TWITTER. A five-person panel of researchers”tilted in favor of males by an unacceptably patriarchal 3-2 margin””collected all tweets in the English language which included a series of terms that are broadly considered to be used in a misogynistic way over the period 9 January “ 4 February 2014, all of which were from Twitter accounts based in the UK.”

Women are almost as likely as men to use the terms “slut” and “whore” on Twitter. Not only are women using these words, they are directing them at each other, both casually and offensively; women are increasingly more inclined to engage in discourses using the same language that has been, and continues to be, used as derogatory against them.

This seemed to come as a surprise to everyone but me. I assume it would not have been very surprising to Henry Louis Mencken, either. He famously described a “misogynist” as a “man who hates women as much as women hate one another.”

Come to think of it, there was something I found mildly startling about the results”the fact that it didn”t reveal women used these terms far more than men did.

“They say men are competitive with one another? Sure, until you compare them to women.”

One of my favorite books about women is Patricia Pearson’s When She Was Bad, which eviscerates popular notions that females are nonviolent little buttercups in such a dispassionately clinical fashion, one could be forgiven for suspecting the author was a male. Pearson argues that up until puberty, boys and girls express aggression similarly”they hit one another. But as adolescence kicks in and boys gain a strength advantage, women develop far more sophisticated and Machiavellian modes of aggression such as malicious gossiping, spreading false rumors, and fabricating criminal accusations. It always reminded me of the Seinfeld episode where Jerry and George talk about how boys give one another wedgies, which leads Elaine to declare that “Boys are sick.” When asked what women do, Elaine says, “We just tease someone ‘til they develop an eating disorder.”

Not to universalize my experiences, since they are uniquely warped and demented, but usually when I get into a relationship with a girl, there’s the requisite “recap” phase where we share stories of our exes and what we felt was wrong with them. After that initial phase, I usually don”t think of or ever mention my male predecessors, but Holy Toledo, the gals never shut the hell up about my prior paramours. This has been so persistent, I suspect I”m not the only one who goes through it. And they say men are competitive with one another? Sure, until you compare them to women.

For men, conflict is often an odd sort of bonding ritual. Men will get into a fistfight, shake hands, and then go have a beer together. Women don”t seem to stop until their rival is either dead or crippled. Men try merely to outperform their male competitors, while women seek the utter destruction of their female rivals.

Again, my experiences with the fairer sex are hardly exemplary nor typical. They have often been pockmarked with serial infidelity on my part. But a persistently head-scratching phenomenon is that whenever I”m caught in the act of cheating, my aggrieved partner’s first instinct is always to go after the other woman rather than after me. The most flagrant example of this was when a girlfriend, learning I”d slept with another girl, went over to the girl’s house and bashed her in the back of the skull with an axe handle.

This peculiar behavior is also evidenced in the lyrics of the greatest catfight song of all time, “Fist City“ by Loretta Lynn. Responding to rumors that her man is cheating on her, Ms. Lynn’s harshest words about him are, “I”m not a-sayin” my baby’s a saint, “cause he ain”t.” Instead, most of her wrath is aimed squarely at her rival:

If you don”t wanna go to Fist City
You better detour around my town
“Cause I”ll grab you by the hair of the head
And I”ll lift you off of the ground.