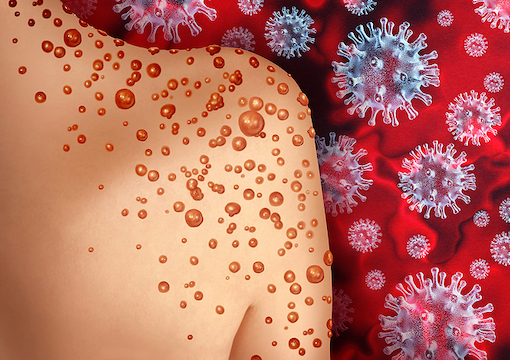 On the other hand, this less lethal relative of smallpox, which is now up to 2,000 confirmed cases in its first two months in the United States, sounds extremely painful and disgusting.

In Nigeria, where it is endemic in wildlife, it kills an estimated 1 to 3 percent of humans who get infected, a fatality rate worse than Covid.

Fortunately, in the current global outbreak only three people outside Africa have died so far, none in the U.S. Hopefully, there’s something different between African monkeypox and Western gay monkeypox.

Of course, monkeypox in America and Europe is overwhelmingly being spread by gay men to gay men.

For example, in New York City, none of its 336 victims so far have been women, in comparison to seven who are listed as “TGNCNB,” an acronym new to me that stands for “Transgender and Gender Non-Conforming Non-Binary.” Similarly, in Washington, D.C., which has the highest per-capita infection rate in the country, not one of the 122 patients is a woman.

While monkeypox is centered in virtually the exact same urban and resort gay neighborhoods, such as West Hollywood and Fire Island, from which AIDS dispersed four decades ago, it has already been found in 43 states.

One reason is because many gay men, despite their depiction in the Narrative as oppressed and marginalized, tend to spend a lot of money to travel to vast circuit parties to have sex with numerous male strangers. Numerous municipalities encourage local entrepreneurs to host big gay parties to lure in tourists, despite the role gay sex tourism plays in spreading infectious diseases, such as last summer’s Provincetown Bear Week superspreader event for the Covid Delta variant. And the success of heavily advertised anti-HIV pre-exposure prophylaxis drugs like Truvada has brought back 1970s attitudes toward industrial-scale gay promiscuity.

It’s unclear if this version of monkeypox spreads sexually or through more general skin-on-skin contact, or, most likely, both. It might also transmit through the air, but, at the moment, it appears to usually take a gay bacchanal to strew it far and wide.

Then again, who knows what monkeypox might evolve to next? The more people it infects, the more opportunities it has to evolve to be even more infectious.

The world had plenty of warning to call off Pride Month due to monkeypox, but of course, the Centers for Disease Control and the prestige press did not call upon gay men to tone down their decadence because that would be stigmatizing. In contrast to canceling weddings and funerals over Covid, it’s unthinkable to publicly ask gay circuit parties to cancel their 2022 saturnalias because in modern America there is nothing more hateful than causing gays to feel shame over their depravities. (Businessman Ric Sena did cancel last Saturday’s circuit party in New York due to “growing concerns about the monkeypox outbreak.” He deserves credit.)

The CDC, for instance, issued a document on July 12 entitled “Reducing Stigma in Communications and Community Engagement” instructing the press to replay the AIDS strategy of misleading the general public:

Partners can help by providing monkeypox information to different communities and various channels.

Be careful to avoid marginalizing groups who may be at increased risk for monkeypox. Keep messages fact-based to help prevent stigmatizing populations most affected.

For Messages to General Audiences:

…Emphasize that anyone can get monkeypox and promote it as a public health concern for all.

Among gays, however, the CDC wants to raise monkeypox awareness, but without the health authorities suggesting anything so unthinkable as that gays, say, knock it off with the group sex with strangers until we can figure out what’s going on with this monkeypox thing.

We want you to have fun while you are at [insert event/venue].

“In line with our harm reduction guidance, thinking about reducing your number of partners, potentially trying to avoid anonymous contacts ends up being smart from the perspective of decreasing the risk of exposure,” Daskalakis said. The CDC says people might want to reduce skin contact as much as possible by having sex with clothes on or after covering areas where the rash is present.

These government formulations tend to be written by gay men with advanced degrees who imagine that other gays can figure out what they are vaguely hinting at. But they forget that half of gay men have IQs below average and just won’t get it unless you explain it to them directly enough for non-gays to grasp it as well.

This week, however, as monkeypox spreads largely out of control, the winds in the media are starting to finally change. Joseph Goldstein, The New York Times’ hard-nosed municipal beat reporter, sympathetically presented the calls by dissident scientists within the NYC Health Department to finally ask gay men to temporarily restrain their self-indulgence:

Dr. [Don] Weiss said that asking people to change their sexual behavior—even if just for a month or so—was the most potent weapon available right now for reducing monkeypox transmission…. Dr. Weiss said his recommendations have been largely ignored by the department’s senior leadership, who seem “paralyzed by fear of stigmatizing this disease,” he wrote in an email to colleagues this June…. “If we had an outbreak associated with bowling, would we not warn people to stop bowling?” he wrote.

Bowling alone for a while sounds better than monkeypox, but what does Dr. Weiss, the director of surveillance in the bureau of communicable diseases, know?

If America actually had a homophobic culture, the government and media conspiring like this (in the open) to bamboozle the public into thinking that this gay-spread disease is a major threat to themselves might lead to a negative reaction to the actions of male homosexuals. If gays were truly unpopular in American society, it would instead be good for them for the government to reassure the majority that gays spreading monkeypox through their debauchery doesn’t much threaten anybody else.

In reality, though, gays are high-status and powerful, so the government is much more concerned instead that being frank with the general citizenry would open some naive eyes about gay male behavior, which could lower gay status, which is unthinkable.

If you are old enough to remember the 1980s, you may recall much the same Establishment tactics. At first, media coverage of AIDS was factual and informative because no party line had yet emerged. By 1983, people in the know talked about the Four H Club of AIDS demographics: homosexuals, heroin needle junkies, Haitians (a major U.S. gay sex tourism destination), and hemophiliacs.

(By the way, the world’s worst outbreak turned out to be in Southeastern Africa due to a regional heterosexual fetish for “dry sex.”)

But by the mid-1980s, a huge push was organized among the respectable to fearmonger the general public into believing that heterosexuals were as much at risk of AIDS as male homosexuals.

This generated much needless fear among straights, but it served to distract the public from noticing that the bulk of the American AIDS disaster was obviously the outcome of Gay Liberation from 1969 onward. Instead, official disinformation helped inculcate in confused heterosexual minds a sense of guilt that homophobia was, somehow, the cause.

In reality, of course, HIV spread outward not from rural backwaters but from where Gay Liberation had triumphed most overwhelmingly in the 1970s: Castro Street, Christopher Street, and Santa Monica Boulevard. Similarly, AIDS killed off large numbers of New York choreographers and fashion designers while leaving almost untouched less gay-friendly professions such as baseball players and golfers.

But an ironic truth like that is too sophisticated for us to acknowledge anymore. Instead, the straight media now blame AIDS on Ronald Reagan and the gay media on Nancy Reagan.

Why? Americans are increasingly unable to remember events that can’t be fitted into the Narrative. We now tend to reason about historical events in the following childish manner:

Hopefully, monkeypox will remain just a comic version of AIDS Lite. But if something worse comes along, we’re ever less able to function intelligently due to our culture’s worship of its sacred cows.