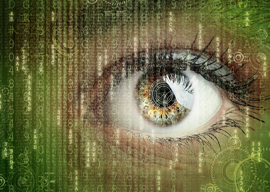 Get your red pill ready”the Matrix is real.

At least that’s what a bunch of tech nerds think.

Two high-dollar Silicon Valley investors are paying scientists mondo bucks to figure out if we”re living in a computer-generated reality. The New Yorker has the scoop:

Many people in Silicon Valley have become obsessed with the simulation hypothesis, the argument that what we experience as reality is in fact fabricated in a computer; two tech billionaires have gone so far as to secretly engage scientists to work on breaking us out of the simulation.

Who these two billionaires are isn”t clear, though SpaceX founder Elon Musk is suspected to be in on the consciousness conspiracy.

Silicon Valley isn”t the only breeding ground for Matrix theorizing. The Adderall-addled dopes on Wall Street also think life is but a dream. Last month, a group of Bank of America analysts released a report speculating that there is a 50% chance the world we”re living in is false. The report states: “It is conceivable that with advancements in artificial intelligence, virtual reality, and computing power, members of future civilizations could have decided to run a simulation of their ancestors.”

What a bunch of tards.

“So why are all these putatively smart tech gods so over real life that they”re desperately searching for something else?”

Of course bankers want to project their fake reality on the rest of us. They spend their days dealing in faux currency created ex nihilo. Their profession is insulated from real-world risk. Wall Street is a mystical playground where traders “create nothing” and only “own” make-believe stuff, as Gordon Gekko put it.

In such a fantasy environment, it’s no wonder big banksters think things are too good to be true.

The same goes for the decadent hellscape that is Silicon Valley. When techies aren”t developing ways to upload our brains to computers and thus obliterate humanity, they”re eating a plain-tasting goop in lieu of food. The ones who do dine out drop enormous sums of money on meals. They live and breathe on the internet and rarely go through the everyday drudgery us normals do, like stopping at the grocery store after work.

If you need the archetypal Silicon Valley super-genius, just look into Netscape cofounder Marc Andreessen. The man works manic hours with the goal of atomizing the bonds people share with each other, their family, and their place. He openly trash-talks his parents and upbringing in rural Wisconsin. Rather than go through the loving labor of carrying a child, Andreessen’s wife farmed out the gestation of their son to a surrogate. He dreams of using technology to create a WALL-E-like world where physical toil is replaced by technological comfort.

If I had a blue-chip stock portfolio, I”d bet it all on Andreessen funding the Matrix discovery program. He’s the type who sneers at the mundane living of the bourgeoisie from his silicon-plated throne.

So why are all these putatively smart tech gods so over real life that they”re desperately searching for something else? Is the present reality too good for them that they think it must have been created by machines?

Like the World Wars, I blame the Germans, specifically Immanuel Kant. The German philosopher divided our environment and sense of the living whole from the overly rationalized and willful self. For Kant, unencumbered will was man’s only obstacle to true freedom. Knowledge and morality were all things to be created only in the mind, without pesky outside interference.

The tech gurus funding the search for the Matrix must be Kantians. They believe in the fantasies dreamed up in their own heads, rather than the dirty, imperfect world before them.

Here’s my rejoinder to those who think we”re living in an artificial reality: Walk outside, get on some form of public transportation, and immerse yourself in what Saul Bellow called a “humanity bath.” Does the bum pissing on the seat behind you look like a computer program? How about the panhandler in the street? The heroin addict passed out on the sidewalk? What about the folks living paycheck to paycheck in Appalachia, or the inner cities?