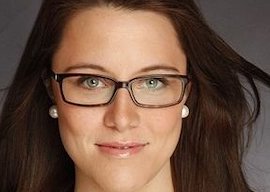 In retrospect, I should have stolen S.E. Cupp’s drink.

It was June 2010, and Friends of Abe, the Gary Sinise-led organization of Hollywood “conservatives,” was having its monthly beer blast in West L.A. A few nights earlier, we’d held our yearly big-ass celebration of neoconism with a 2,000-person-strong event at the Murdock Ranch (David Murdock, the Dole pineapple billionaire). Karl Rove was supposed to have been our keynote speaker, but he had to fly back to D.C. on short notice. A real shame, as his presentation was going to consist of a steady procession of mutilated soldiers whose extremities were left behind on the dusty battlefields of the pointless wars he helped initiate, paraded before us as we showed what amazing people we are by giving them standing ovations (and let’s be frank—if your legs have been blown off by shrapnel, what better compensation than knowing that TV’s Frasier clapped for you?).

With Rove gone, it was left to vodcaster extraordinaire Bill Whittle to improvise a speech in which he pointed out that Obama is bad. Fuckin’ blew our minds. I mean, who knew?

So there we were, a few nights later, drinking it up at Barney’s Beanery. I was going through a bad spot with my abominable girlfriend, and, worse still, I was in denial about my eyesight having deteriorated to the point of needing glasses. So I was drinking heavily in a dimly lit gastropub, and half blind to boot.

I was standing by the bar talking to a dwarfish bald conservative businessman from Vegas. As a short Jew with a full head of hair, I was getting an ego boost by hanging with an even shorter Jew who’s bald as a melon. And in the middle of my conversation with Mini Moishe, a woman shoved her way toward us and rudely thrust her drink in my face.

“Watch this,” she barked, “I’m going outside.” The pushy femme turned her back and took off for the front door, either to have a smoke or to hang with the smokers.

“That was rude,” I blurted out.

“Don’t you know who that was?” Cueball Dinklage asked.

“Dude, I don’t have my glasses on. Hell, for a moment there, looking at you, I thought I was talking to a giant sentient tit,” I replied.

“That was S.E. Cupp,” he breathlessly declared. “Boy, is she pretty! I wish she’d asked me to watch her drink!”

Okay, now it made sense. The entire Red Eye crew was there—Gutfeld, Levy, McCotter. Of course Cupp would be favoring us with her presence.

“Meh,” I said to Jewey DeVito. Frankly, that “semi-cute libertarian/conservative chick with giant glasses” look did nothing for me when Kennedy pioneered it in the ’90s, and it hadn’t grown on me since. “Hot or not, it doesn’t excuse her rudeness,” I told Kosher Curly. And right then and there, I had a thought—I ought to down her drink and split. That’d be funny, right? I’d get a free drink, and she’d learn a lesson in the value of politeness. A win-win!

But no, I didn’t. Not because I’m a gentleman, but because I was afraid that somebody in the bar might have roofied her booze (think I’m kidding? Standing right across from me was Bubba from Forrest Gump, who just a few years earlier had carved up a guy with a butcher knife. Conservative or not, this was not a room to turn your back on).

And now I’m filled with terrible, terrible regret for not having imbibed on her dime.

“Allow yourself the freedom to be giddy at Jussie Smollett’s downfall.”

In the wake of the revelation (“revelation” defined here as something that was already known to everyone with a frontal lobe not crippled by anti-Trump insanity) that black gay fraudster Jussie Smollett faked his late-night “lynching” at the hands of nonexistent white MAGA Klansmen homophobes randomly carrying nooses and bleach while cruising the frigid streets of America’s black-on-black murder capital at 2:30 a.m., Cupp decided that the real villains in this story are not Smollett or the Nigerians who assisted him in the ruse, but (wait for it) Trump supporters!

The giddiness among Trumpsters over the Smollett news is gross. This story is awful. He allegedly abused police resources, exploited raw divisions in this country, and made it harder for every victim of a hate crime to report. This is sad no matter your politics.

Sad? Sad? A dog getting run over by a car is sad. A child with cancer is sad. What Smollett did was a crime, an atrocity, and the one group of people not to blame is the one Smollett tried to frame for his faux lynching. And yeah, they have every right to be giddy (and by the way, S.E., why aren’t you “giddy” that a black man was not assaulted? I mean, shouldn’t that make you happy, rather than sad?).

“Conservative” Cupp’s language was copied almost exactly by Kamala Harris (birds of a feather when it comes to race). This is why I don’t for a minute miss my five years with the now-defunct Friends of Abe. In those bad old days, we were forced to maintain a steadfastly neutral stance on matters involving race. There was a formula we had to follow when commenting on anything negative emanating from the black community or from a black individual: We’d say, “Oh, how sad,” and button it with “and the Democrats are the real racists.”

For the record, neutrality on race is fine with me; it’s how I conduct my personal life and business dealings. But neutrality doesn’t work when the other side is not neutral. Bias against whites is an actual thing, and Smollett’s hoax was a deliberate attempt to incriminate an entire group of people. And that group isn’t even allowed to celebrate when the truth comes out? Smollett’s fraudulent claims could have provoked reprisals (last week, a leftist pulled a gun on a white couple in Sam’s Club because the husband was wearing a MAGA hat), but hey, bow your collective heads, whites, and don’t dare crack a smile at the fact that a racist scammer has been exposed. Don’t be angry about how his lies may have put people in jeopardy (because certainly whites are never the victims of interracial crime). Rather, be sad for the next gay black actor who might not be believed when he claims to have been accosted by invisible Klansmen roaming a polar vortex at 2:30 a.m.

Jussie Smollett was aided and abetted by a slew of accessories-after-the-fact—black activists, and leftists of all colors in politics and entertainment, who helped spread his obviously phony tale while using it to attack whites and Trump supporters. The scumbags who aided Smollett deserve to be ridiculed mercilessly. Forget nooses; hang the memory of this fraud around their necks for the rest of their lives.

But no. According to Cupp, we must only speak of the Smollett incident in a hushed, solemn tone.

My time with Friends of Abe coincided with my work helping to organize Tea Party events. Upon reflection, I now realize how good we had it back then. Every big-money GOP donor and Fox News kingpin was on our side, because we stuck to their issues. Low taxes! Foreign wars! No socialized medicine! I don’t regret those years (as a Beverly Hills homeowner, low taxation is genuinely my No. 1 issue), but looking back, having the Koch brothers and Sheldon Adelson and Murdoch and Ailes on our side made a huge difference. We weren’t “Astroturf,” as Nancy Pelosi once whined, but we were on the side of big money. And yeah, we did some fine things. We killed the “public option” in the first, failed iteration of Obamacare, and we delivered huge midterm wins in 2010. But how much of that was really us, and how much was the mega-donors who like their rightists the same way they like their coffee—filtered?

These big-business “conservative” kingmakers love mass illegal immigration, and they hate talk of race, because race is divisive, and one of the cardinal rules of business and politics is, never be divisive when you don’t have to. Back when Jesus huckster Pat Robertson was running for the GOP nomination in the 1988 presidential primary, I recall someone at a town-hall Q&A asking him if our dead pets will be waiting for us in heaven. Now, ol’ Pat, who claimed to converse with Jesus daily, could tell you Christ’s opinion on every bill before Congress. But when confronted with the pet question, Pat answered, “No one knows!” Wait, really? The guy had just related what Jesus told him about how to vote on House Bill 374. So while you’re on the phone with the Savior, why not ask him the pet question?

Pat was noncommittal because it’s a hugely divisive question among Christians, some of whom believe it’s blasphemy to suggest that animals have souls (and only those with souls get into heaven), while others hold that heaven wouldn’t be heaven without pets. Pat would have gained nothing by taking a stand on this one. Never divide the room if it doesn’t benefit you. That’s why the big-money GOP swamp creatures hate anything on the right that appears racially divisive, and the mouthpieces who spout the safe conservative line echo that way of thinking. Democrat bigwigs thrive on racial division—it’s their lifeblood. But on the GOP side, racial stuff gets in the way of the issues that matter to the machine and its moneymen. So, we must speak respectfully of brown-skinned illegals, lest we appear racist. And we must never push back against antiwhite bigotry. Trump broke those rules in 2016, and it worked. It’s the reason people like Cupp despise him so.

I agree with Ann Coulter that Trump is fast becoming a lost cause. But as an optimist who prefers to view the man’s cavernous cranium as half full instead of half empty, I will say this: Along with two (and perhaps one more to come) SCOTUS appointments, the other good thing Trump did was allow us our giddiness. Whether it was by calling Maxine Waters “low IQ,” or stating what most white Americans secretly believe even though they can’t say it—that it’s better to have immigrants from civilized European nations than shithole Third World dumps—Trump gave us a few years of feeling free from the pressure to treat all minorities with the respectful awe usually reserved for religious icons.

S.E. Cupp’s gonna have the last laugh—I have no doubt. Trump’s agenda is in shambles, and his grassroots base, which never enjoyed the perks of my beloved Tea Party, is fractured beyond repair. But let’s not lose the spirit just yet.

Allow yourself the freedom to be giddy at Jussie Smollett’s downfall.

And if you ever have the opportunity to swipe S.E. Cupp’s booze, please do so, for me. Don’t worry—she can well afford another drink.