No Cure for Impatience 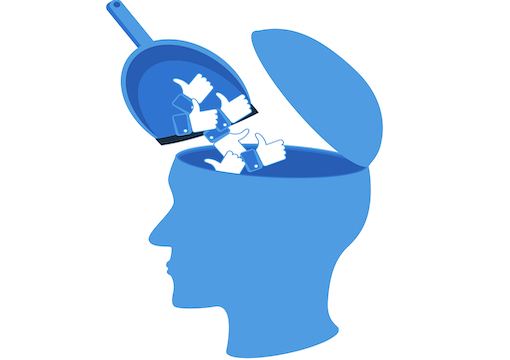 As is well-known by the naive, science is the disinterested search for truth about the empirical world. Vanity, greed, pride, rivalry, enmity, thirst for fame and other human passions do not enter into it. A scientist is delighted if his colleague discovers something important that he has overlooked; what he cares about is the extension of human knowledge about the natural world. Nobel Prizes? Who cares about them?!

Since the beginning of the Covid-19 epidemic, I have observed a syndrome emerging in scientific research, namely publication of hopeful findings before there is any real evidence that the hope is well- or properly founded. One or other of the hopes may be justified in the end, but the syndrome is not in itself harmless if it raises false hopes, puts additional pressure on politicians, and leads to a misdirection of financial and other resources.

Starting the trend was Professor Didier Raoult, of Marseille, for whom in other respects I have admiration, with his insistence that hydroxychloroquine, especially in combination with azithromycin, was virtually curative of Covid-19 disease. He has provided nothing like proper evidence that this is so, which is not quite the same as saying that it is not so. However, since hydroxychloroquine in the recommended doses is far from a harmless substance, and indeed there have been widespread reports of its toxic effects (in some people), it is essential that it should be proved effective and that it does more good than harm. Despite the lack of evidence, countries have stocked up on the drug, and a public demand for its use has been created in advance of the requisite proof.

“Things are easy to insinuate in the public mind but difficult to remove once there.”

Then there was remdesivir. A paper was published in the New England Journal of Medicine that must rank as one of the most lamentable and irresponsible in recent years, and the competition is stiff. It suggested that the drug was useful in the disease: Patients were ill, patients were given it, and quite a lot of them got better. There was no control group of similar patients who were not given remdesivir, so the effect of the drug, whether good or bad, was unknowable from this paper, which smacked more of advertising or stock manipulation than science. Indeed, the stock did rise on publication, but fell when the results were contradicted by another trial soon afterward. But as with Mr. Madoff’s scheme, you did well if you got out in time. At the very least, the editors of the journal failed in their duty in publishing this paper, and it is difficult to believe that, with so much research being done worldwide, there was not something better for the editors to choose from to publish—better from the restricted point of view of advancing human knowledge, that is.

Then there is tocilizumab, hopeful results of a trial of which were released to the press, albeit with the warning that they were as yet incomplete. But if incomplete, why release them at all, thus raising hope and perhaps public demand for the drug (which is very expensive)?

More recently, with attendant publicity, the Journal of the American College of Cardiology published a paper purporting to demonstrate that anticoagulation may be of use in patients with severe Covid-19 disease. It was taken up in the press—there was even a press release about it—but the paper showed no such thing, if anything the reverse. Apart from creating some kind of impression among the unwary, the paper was useless as science, though the journal in which it appeared is an important and respected one. It is true that more patients given anticoagulants and who were ventilated survived than ventilated patients who were not given anticoagulants, but many more patients who were anticoagulated required ventilation in the first place, so that the 9 percent of anticoagulated patients died compared with 5 percent who were not anticoagulated. These results are so confused that they are meaningless as a guide to treatment, all the more so as anticoagulation is not without its own risks. Papers as bad as this are a public menace.

The rush to publicity has bad effects: Things are easy to insinuate in the public mind but difficult to remove once there. On May 8, a respected and intelligent journalist, Ivan Rioufol, wrote an article in Le Figaro, the French newspaper of conservative tendency, excoriating the French government for its deficiencies during the epidemic. Among them, he blamed it for not following the prescriptions of Professor Raoult, which in my view is one of the things that it cannot be blamed for—on the contrary. The journalist writes:

To understand Raoult’s behaviour better [his publicity-seeking, etc.], you should read one of his intellectual mentors, the Austrian philosopher, Paul Feyerabend. In his book, ‘Against Method,’ Feyerabend wrote about methodologies, “The only rule that survives is that ‘Anything goes.’” In cases of emergency, everything reasonable must be tried without waiting for the slow procedures imposed by “an ideologically petrified science” that is anxious to preserve its power.

This, in my view, is primitive thinking. It suggests that in a crisis you should adopt a policy of any port in a storm. The problem is, of course, that you might put into a port whose inhabitants are deeply hostile to you and who will massacre you on arrival. The history of medicine is replete with this kind of thinking, that it is always better to do something, even if harmful, than to do nothing. This is not the case.

Alas, in conditions in which the underlying mortality is low, it is difficult to distinguish true effects from chance effects. In this crisis, Feyerabend and his disciple, Raoult, are just plain wrong, and—curiously enough—Feyerabend has in the process been petrified into an infallible ideological guide or guru.

We are not entitled to say that because fifty people took treatment x and recovered, they recovered because they took treatment x. Unless we know what would have happened to them anyway, we are entitled to say nothing of the kind. No doubt this is depressingly unexciting, but each time you hear of promising new results bruited abroad by researchers eager for publicity, you should ask whether there was a proper control group—controlled for as many relevant factors as possible. It is unfortunate, and far from harmless, that so much junk science has obtained so much publicity.