(Not) Guilty as Charged 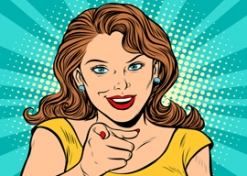 And so to that rainy mecca of Western values, London. Or erstwhile mecca, I should say. The talk there is of the end of a reign of terror. Its queen regnant was a lady called Alison Saunders. I say lady purely to pique her; she wasn’t a lady and would low with anguish to be called one. Being a lady involves a contract that rests on the graceful interplay of the sexes. We hold doors open and order wine; they bestow favors where they see fit and don’t send us down with false accusations.

It is a contract that Ms. Saunders dedicated her career to tearing up. As Director of Public Prosecutions, she had the full resources of the British state at her disposal. This role involves issuing “guidelines” to a judiciary that was once directed by common law (namely, the precedents of previous juries). It was the ultimate expression of the hive mind—common sense institutionalized across the generations. Now, we all know that “guideline” is one of the more armor-plated pieces of newspeak to stalk our unhappy world. “But it was only a guideline!” is a defense you rarely hear for good reason. By means of these wolves in sheep’s clothing, the scales of British justice have been tipped.

“Wherefore such a pathological inversion of decency?”

Any pretense of objectivity over “hate crimes” has been dropped. These became not only victim-defined but defined by anyone who happened to be in the vicinity. That’s right. Snowflakes and other assorted vigilantes no longer had to be on the receiving end of a microaggression (has anyone coined the phrase “nano-aggression”? Allow me). Nope, they just had to be standing around, minding everyone else’s business, to summon the forces of the state. If this sounds familiar, it should. It’s the same justification used by our hooded friends in Antifa to deploy preemptive violence wherever they see fit. Perhaps having seen the U.S. government lose control of its monopoly of violence, the Brits decided to extend theirs to whatever the kids want it to be? Phew. Good save!

And what about real crimes? By that I mean physical crimes, because the idea that a crime needs to be real, in the sense of having occurred, is also somewhat démodé in Merry England. Take the case of young Jay Cheshire. The cops swung into action with their newfound zeal when he was accused of rape. But women are as changeable as the Mediterranean. Two weeks later, his accusatrix altered her view of their encounter—presumably for the second time—and withdrew her accusation. Yet the boy’s 17-year-old mind had been placed into such a turmoil of doubt and self-loathing that he hung himself. A year later, his mother also hung herself. Whoever the original sexual Cassandra was, she really struck a blow for feminism! Another case saw an Oxford criminology student spend two years on bail for rape. You’d think a criminology student would know about consent, right? And so it was. Four days before the trial, a contrite police force coughed up all the filthy texts his accusatrix had sent—both before and after the relevant tryst.

Most striking is the lack of redress from these miscarriages (a misnomer if ever there was one, given the womb of justice was so clearly barren from the outset). Do the randy female amnesiacs get hauled up for wasting police time? Of course not. They still enjoy class victimhood if not de jure victimhood; just as the men are tainted by class guilt even when acquitted. Do the cops start investigating themselves for withholding evidence? Hell, no! They’ve got rapists to catch!

Unless those rapists happen to be Pakistanis queuing up staircases to have a go on a drunk, drugged, and heavily traumatized early teen, of course. In that case, British cops are happy to consider it as consensual. Keep up!

Wherefore such a pathological inversion of decency? It won’t surprise you to hear that there is a method to this madness. From the rogues’ gallery of Cultural Marxism, I would finger two fine intellects in particular. The first is your friend and mine, Herbie Marcuse. His doctrine of “repressive tolerance”—minted in the heady days of 1965—instructed the good crusaders of social engineering to tolerate what was repressed, and to repress what was tolerated. White men being the font of all that was once tolerated, they are first in line for the jackboot.

As such, Conservatives are particularly rich pickings for the sexual inquisition. One such unfortunate was former Chief of the Defence Staff, Field Marshall Lord Edwin Bramall KG, GCB, OBE, MC, JP, DL. An Old Etonian awarded the Military Cross on the beaches of Normandy, the one crosshairs he couldn’t escape was a historical kiddy-fiddling accusation—which arrived in his 92nd year. His house was besieged by the media, having been ransacked by the cops. It took them ten months to admit they were pissing into a violin (one of my favorite French expressions, seeing you ask). During that time, Lady Bramall—with whom he had enjoyed sixty years of marriage—died. Let us hope her parting was not haunted by a specter of doubt that her husband was Not Who She Thought He Was.