Notes on the Pussification of America 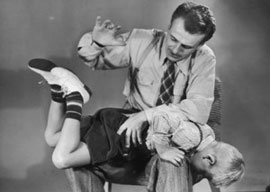 It is time to get women out of the schooling of boys. It is way past time. Women in our feminized classrooms are consigning generations of our sons to years of misery and diminished futures. The evidence is everywhere. Few dare notice it.

I have just read Back to Normal: Why Ordinary Childhood Behavior Is Mistaken for ADHD, Bipolar Disorder, and Autism Spectrum Disorder, by psychologist Enrico Gnaulati, who works with children alleged to have psychological problems in school, usually meaning boys. I decline to recommend it because of its psychobabble, its tendency to discover the obvious at great length, and its Genderally Correct pronouns, which will grate on the literate. (I mean constructions resembling “If a student comes in, tell him or her that he or she should put his or her books in his or her locker.”) However, a serious interest in the subject justifies slogging through the prose. (The statistics above are from the book.)

The relevant content is that women are making school hell for boys, that they have turned normal boyish behavior such as enjoyment of roughhousing into psychiatric “personality disorders.” They are doping boys up, forcing them into behavior utterly alien to them, and sending them to psychiatrists if they don”t conform to standards of behavior suited to girls. The result is that boy children hate school and do poorly (despite, as Gnaulati, says, having higher IQs). This is no secret for anyone paying attention, but Gnaulati makes it explicit.

“Women should not be allowed within fifty feet of a school where boys are taught.”

As a galling example he cites one Robert, an adolescent responding badly to classes and therefore suspected by his teacher of having a “personality disorder.” From the book:

She required all forty students in the class to design Valentine’s Day cards for each other. She was emphatic about wanting them personalized. Names had to be spelled correctly and compliments written up genuinely.

Valentines? This was eighth-grade English. Students, who by then once knew grammar cold, should be reading literature or learning to write coherently. In my eighth-grade class, we read Julius Caesar: “I want the men around me to be fat, healthy-looking men who sleep at night.” Valentines? Compliments?

This, the author assures the reader, did not take place in an asylum for the mildly retarded, but in one of the ten best high schools in California. What must the rest be like?

Of course Robert was having trouble putting up with the girly drivel, this feminized ooze devoid of academic content. “Oooooh! Let’s have a warm, emotional bonding experience.”

This is why women should not be allowed within fifty feet of a school where boys are taught. A boy, especially a bright one, will want to drop out of school through the nearest window and run screaming to a recruiting office for the French Foreign Legion”anything to get away from inane, vapid, and insubstantial feel-good compulsory niceness inflicted by some low-wattage ed-school grad.

Get these ditz-rabbits away from our sons. Let us have separate schools for the sexes, with each being taught by teachers of the same sex. I do not presume to tell women what they should teach girls”astrophysics, valentine design with sincere compliments, whatever they like. Just stay away from the boys.

The thrust of current social propaganda is that the sexes are identical in all important respects. They are not. The differences are great. It is time we stopped pretending otherwise.

First: By their nature, females are far more interested in social relationships than in academic substance. If you are a man, ask yourself how often you have serious intellectual discussions of politics, science, history, or society with women as compared to men. Seldom. Degrees and exceptions, yes. Still, seldom.

Second: Women are totalitarian. Men are happy to let boys be boys and girls be girls. Women want all children to be girls. In school this means emphasizing diligence”neat homework done on time, no matter how silly or academically vacuous”over performance, meaning material learned. Women favor docility, orderliness, cooperation in groups, not making waves, niceness, and comity. For boys this is asphyxiating.