Oh, What a Lovely Race War! 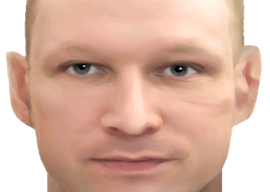 I don’t revisit my old work. I’ve been writing this weekly column for four and a half years now, and I never reread old pieces. Because for me—and I’m sure I’m not alone among opinion journalists in this regard—each essay I pen represents a catharsis of sorts. I had some bee in my bonnet, I wrote about it, and now I’ve had my say. What reason is there to go back? If what I’ve written resonates with readers, the piece will go viral. If not, it won’t. But regardless, I’ve relieved myself of whatever was busting to come out.

Not to be crude (a phrase inevitably uttered by those who are about to be crude), but it’s a bit like having a really good bowel movement. After you’ve had a fully satisfying bathroom experience, your body feels free, emptied, unburdened. And you’re ready to move on.

The sense of release that comes from having your say and being heard, though it may seem trivial to those with no opinions to share, can in fact be quite powerful.

Which brings me to the recent crop of right-wing mass shooters: Robert Bowers in Pittsburgh (shot up a temple), Brenton Tarrant in Christchurch (shot up a mosque), and John Earnest in Poway (shot up a different temple). As an old-timer with a morbid fascination for these things, there’s an odd twist to this new breed of gunslingin’ whiteys, compared with the ones from my youth. Before James Huberty shot up a McDonald’s full o’ Mexicans in 1984, he tried to seek medical help for what he knew was an incipient psychotic episode. Huberty had no political goals. He was feeling compelled to “hunt humans,” and deep down, he knew there was something wonky with his wiring.

In 1989, Patrick Purdy opened fire on a bunch of Asian schoolkids at Cleveland Elementary in Stockton, Calif. (our crappiest cities love naming their schools after even crappier ones, as a reminder that things can always be worse). Purdy started his day by calling in a threat to the school, telling them what he was going to do. Then he drove his car behind the school and set it on fire…loaded with fireworks! Still, the teachers and staff laughed it off, displaying the keen intellect that so exemplifies California public school employees. “We got a threat of a mass shooting? And now we have an exploding car? Crazy coincidence, man. Jupiter must be in renegade or somethin’.”

Sadly, five Vietnamese and Cambodian kids soon realized it wasn’t just a “crazy coincidence” as Purdy’s bullets shattered their bodies. Having defeated the dastardly tykes, Purdy killed himself. Authorities found that he’d carved the words “freedom,” “victory,” “Earthman,” and “Hezbollah” into his rifle, and on his flak jacket he’d scrawled “PLO,” “Libya,” and “death to the Great Satin [sic].”

“I’m not saying the recent spate of racist shootings can be entirely pinned on the silencing of the far right, but I do believe it’s a factor.”

And on that very day, a homicide detective coined the phrase, “the fuck?” Because how disjointed can you get? There was no coherent agenda. Death to America, hooray for PLO and Hezbollah, yet he targeted Asian kids and practically dared the school to stop him before he killed. Like Huberty, this was no ideologue. He was a loon with a bunch of loose screws.

But today, the white dudes who commit these types of shootings leave behind lengthy, detailed manifestos. More than that, they leave themselves behind. Mass shooters in the ’80s and ’90s rarely survived, typically dying by their own hand. But these guys seem to really, really want to be taken alive. Anders Breivik in Norway was the first. Lengthy manifesto, taken alive, and he stood trial with no apologies, like a political dissident facing a kangaroo court (which it kinda was; the bastard got only 21 years for 77 murders). The Pittsburgh, Christchurch, and Poway shooters, same deal. Lengthy manifestos and 8chan posts, taken alive, now awaiting trial. Charleston’s Dylann Roof? Lengthy manifesto, taken alive, unapologetic at trial.

This is the age of the “intellectual” (and please note the scare quotes) racist killer. Black mass shooters continue to excel at their preferred specialty—workplace massacres. But white mass shooters have evolved, so to speak. Now they all want to be op-ed writers. Which brings me back to my initial point: the cathartic nature of ranting in an essay and putting it out for the world to see. It has a cleansing, purgative effect, like (again, not to be crude) a really good poop. I’ve read every one of those racial murder manifestos, and you know what? They’re as good as anything on any leftist race-baiting site. Roof? Tarrant? Earnest? Breivik? In terms of writing ability, in terms of effective polemics, their work is no worse than what you find leftists spewing on BuzzFeed, HuffPost, Salon, ThinkProgress, Vox, etc.

“White guys are killing us,” “Let’s deport all white males,” “White men must be stopped,” “White men are the face of terror,” “The plague of angry white men,” “White people are cowards,” “When white women cry: How white women’s tears oppress women of color.” These actual essays are just as racist and just as inflammatory as anything the murderer Breivik wrote. But guess what? You can post ’em freely on Facebook and Twitter!

Leftist antiwhite sites that are allowed to exist by our benevolent internet overlords—sites that are allowed to have advertisers, sites you can post on social media—employ writers who are no more skilled than these murderers, and just as hateful. In terms of writing ability, I’d put Breivik and Tarrant up against any of the semi-tards who post at Salon. Hell, those two guys, whose manifestos together total more than 1,574 pages, are exactly the kind of prolific ideologues who, were they leftists, would be highly sought after by the editors of high-quantity political sites.

But ay, there’s the rub. See, the right-wing versions of left-wing race-haters aren’t allowed the catharsis. Banned from social media, banned from websites with traffic, they write their “masterpieces” knowing that the only way their work will be seen is if the media has a reason to publicize it. So, they give the media a reason.

I’m not saying the recent spate of racist shootings can be entirely pinned on the silencing of the far right, but I do believe it’s a factor. Groups like the ADL and SPLC, and cowards like Zuckerberg and Dorsey, have so effectively cleansed the ’net of rightist thought (including the commonsense, nonviolent kind), extremist whites are not allowed the release of taking a good figurative shit (oh wait, I forgot to preface that with “not to be crude”). Yeah, they can write stuff for their eyes only, but any real opinion journalist knows that the catharsis comes not just from the writing, but from knowing that your words will be seen. That’s where the feeling of satisfaction comes in. That’s what allows you to move on.

Since Breivik, every racial mass murderer with a manifesto has stated that he hopes his words and actions will provoke a race war and foment racial conflict. Same exact goal as the leftist race extremists at CNN, The L.A. Times, HuffPost, and BuzzFeed. Stir shit up between the races. But leftists get to do it with words. They’re allowed to do it with words…words that are seen and heard. When Don Lemon comes home after a hard day of yelling at white people, as he greases his backside with Vaseline, don’t doubt for a moment that he feels a sense of satisfaction that his hate has an audience. Again, this is the catharsis that ideologues feel when they know their words are actually reaching people.

A feeling of helplessness and the frustration of being ignored often accompany mass killings. This helps explain why blacks prefer workplace shootings to ideological ones. D’Quanté Jones can scribble a barely literate “essay” about how “white people be racist when they be chewin’ they food,” or “white people need to STFU and quit havin’ babies,” and it will get published, guaranteed, at HuffPost, The Root, Ebony, The Grio, etc. His screed will be allowed on Twitter and Facebook, and he’ll see, from the cheers and jeers in the comments and the retweets and reposts from friends and foes alike, that he’s had an impact. He’ll get that purgative release. But at work? D’Quanté feels left out, ignored by his white colleagues, who, oddly enough, don’t enjoy socializing with someone who hates them.

Eventually, D’Quanté will deal with those feelings of frustration by coming to work with a gun. “Now y’all pay attention to me, motherfuckers.”

The increase in verbose, “literate” white racist mass killers is not unrelated to the banning of far-right thought from popular internet platforms (and, in some cases, from the internet itself). Do you think it’s gone unnoticed by extremists that the only way these manifestos get seen by a wide audience is when they’re accompanied by murder? Several of these manifestos have expressed a hope that the concomitant murders will provoke governments into imposing more censorship, more gun control, and upping the antiwhite rhetoric, thereby creating even more racial conflict. And the left has responded exactly as these killers hoped. More censorship, more gun control, and more antiwhite rhetoric, thus disrespecting the victims by carrying out the wishes of the nuts who murdered them.

Notice how that’s never the talking point in the wake of a racist mass shooting. You know why? The left genuinely did not want to go to war against Muslim nations. The left genuinely did not want conflict with the Muslim world. But the left really does want the same race war that Roof, Tarrant, Bowers, and Earnest seek to foment. So leftists ignore their own post-9/11 advice, and play right into the killers’ hands.

To be clear, neither side will get its beloved race war. As is the case with all wars, the vast majority of ordinary people want none of it. They go about their lives, generally getting along well with others, reserving violent impulses for domestic situations and personal squabbles, rather than grand ideological goals.

But still, the clown parade will march on. Leftist race extremists will continue to be allowed major platforms to spew antiwhite hatred with a clear desire to provoke, while rightist extremists, denied platforms to do the same, will continue to find “creative” ways to be heard. There’ll be no race war, but lots of small-scale bloodshed. And the twisted, unspoken “partnership” between far-right killers and the media and government leftists who do their bidding will continue.

And everyone will live happily ever after (except for the victims and their families, but c’mon, who cares about them when there’s a race war to wage!).