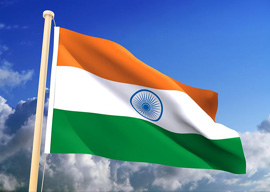 Once again the only country of any size that, as far as I can see, emerges from the Olympic Games with any credit is India. Accounting for something like a sixth of the world’s population, it had not”the last time I looked at the table”won a single medal in any event. This proves that, at least in this regard, it has its priorities right. It has steadfastly refused to measure itself by the number of medals it wins at the Olympics and does nothing whatever to encourage its citizens to devote their lives to trying to jump a quarter of a centimeter longer or higher than anyone else in human history.

This is the kind of goal that totalitarian regimes set for their citizens (or perhaps they should be called prisoners). The Marquis de Custine observed a long time ago, in his great book Russia in 1839, that tyrannies demand immense efforts of their populations to bring forth trifles, and there can be no trifle more trifling than an Olympic record, or even a victory without a record. To be the best in the world at something is no achievement unless what you are best at is in itself worthwhile. A man who throws the javelin farther than anyone else (I don”t even know whether the activity exists anymore) is not to be admired but pitied, at least if he has devoted many hours to it, which presumably he must have done to be the best at it in this world of fools.

“To be the best in the world at something is no achievement unless what you are best at is in itself worthwhile.”

I first thought about the matter many years ago when my brother insisted on taking me to the cinema to see one of those technically sophisticated but in all other respects childish films that are often commercially very successful.

“What did you think of it?” asked my brother as we emerged from the cinema.

“Well-made rubbish is still rubbish,” I said. “The fact that it is well made makes it worse, not better.”

This was a little harsh, no doubt. Men, even film directors, must live, and we, all of us, for various reasons, often do less than the best we can. Nevertheless, the deliberate production of intellectual, moral, and artistic dross”what Orwell called prolefeed in Nineteen Eighty-Four“is a peculiarly malign form of cynicism.

But to return to the Olympics. It goes almost without saying that if I had been a poor Brazilian in the favelas of SÃ£o Paulo who had to struggle to and from work for two hours every day because of bad roads and insufficient public transport, and who had witnessed the expenditure of billions on infrastructure that was so soon to crumble to worthlessness and liability, all for the sake of a couple weeks” gormless global entertainment, I should have been furious and ready for revolt. Only someone with brains of tinsel (such as Mr. Blair, the former British prime minister who brought the games to London) could have thought it worthwhile; not as bad, perhaps, as the endless mass parades in Pyongyang, but of a similar genre.

Now, if the games were genuinely amateur, if the competitors were schoolteachers or dustmen who, after work, went down to some dingy sports field to practice their putting-the-shot or other fatuous activity, I would be in favor of rather than against them. Of course, the standard of performance would be incomparably lower, but the level of humanity of the competitors would be correspondingly higher.

However, this is a completely utopian dream. The games have long been a kind of window on political pathology, perhaps even before the Berlin Olympics of 1936. My mother saw Hitler at the Olympic Stadium, and I remember seeing the Olympic flame borne aloft past me in Amalfi on the way to Rome back in 1960, by which time the games had long been a deeply vicious spectacle. Who now remembers the Press sisters, who both won gold medals for the Soviet Union at the Rome Olympics, and who precipitately retired as athletes when obligatory sex tests were introduced? I suppose these days such tests would not put them off or be regarded as relevant; after all, you are now the sex”or gender, to use the correct terminology”that you think you are. But at any rate, the success of the Press sisters (or brothers, as they were disparagingly called) was promoted in some quarters as evidence of the superiority of the Soviet social and political system, as if putting the shot, or throwing the discus, or jumping the hurdles (all activities in which the two Presses excelled, at least against feminine competition) were what Alexander Pope called the “proper study of Mankind.”