One of the Good Ones 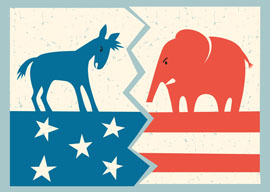 Jazz great Louis Armstrong, one of the most influential figures in the history of American music, kept a spoken-word diary via a reel-to-reel tape recorder he”d take with him on the road. When the recordings were first made public in their entirety in the early 2000s, I remember being struck by one particular moment, a brief but revealing clip in which Armstrong described an encounter he had had with a white sailor while performing in Honolulu. The sailor expressed his admiration for Armstrong’s work, boasting about owning every one of the legendary musician’s albums. It would have been a pleasant enough fan encounter, had the sailor not decided to go full Archie Bunker, stating that he usually “hates negroes,” but Armstrong’s okay because he’s one of the “good ones.”

As he recalled the incident, Armstrong couldn”t hide his rage. Why would that race-hating moron think he”d take that kind of thing as a compliment? Yet this was the world in which he lived. If he wanted to make a living, if he wanted to pack venues, he had to deal with jerk-offs like that.

Me? I don”t. Every now and then, I get an email from this-or-that white supremacist or Nazi sympathizer reassuring me that I”m one of the “good Jews.” At best, I ignore that kind of nonsense, because I can. At worst, I respond with a “Go fuck yourself,” because it feels good. That said, I do think it would be instructive, in the service of a larger point, to explore an incident last week in which one of these sieg heilers penned a post in response to my column about the alt-right and Israel. I”d never heard of self-appointed alt-right “leader” Matt Parrott, but apparently he’s one of those starry-eyed dreamers who’s hard at work creating a white homeland that will secede from the U.S. and become the independent state of Whitetopia, or something along those lines. I”d render my opinion of this monumental undertaking, but the Bible instructs us, “Answer not a fool according to his folly,” and, arguably for the first time in my life, I”m going to follow the Good Book’s advice.

“I truly hope that the best elements of the alt-right survive the idle pleasures of these victorious days.”

There’s no need for me to quote at length from Parrott’s anti-Cole diatribe, because this piece isn”t about him, but rather, the angel and the devil perched on opposite shoulders of that hard-to-define entity known as the alt-right. For the purposes of this piece, I”ll define “alt-right” as the Trump-supporting segment of the right that distinguishes itself from “mainstream” National Review-style conservatives via a willingness to straightforwardly approach certain “dangerous” topics like race. Parrott’s argument, essentially, is that the alt-right must beware the Jew, the eternal infiltrator. He accuses me directly of being an “infiltrator for fun and profit,” a statement so imbecilic it merits no further discussion. Parrott’s argument is that the alt-right will be destroyed from inside should Jews be allowed through the door, because, he points out, it was Jew infiltrators who gave us “negro jazz.”

And there we see, laid bare, the actual reason that the alt-right will probably disintegrate: Some of its self-appointed leaders are still pissed off about “negro jazz.” Note to the loons: America has moved way past concerns about “negro jazz.” Seriously, guys, it’s not really a problem anymore. Trump didn”t get elected because voters are furious about bebop and scat. And what remains of the coalition that helped put him in office has a choice to make: listen to the people who still read Henry Ford’s anti-jazz International Jew as though it’s a current-affairs tome, or try to use what little influence their (momentarily) high profile has brought in order to effect real change in areas that matter (i.e., not jazz).

See, here’s the thing: The left imploded in 2016 because it overplayed its hand. The left had managed to achieve a good amount of success at making whites, especially straight white Christian males, feel cowed and guilty. Whites were told they owed a debt to anyone with darker skin. Today’s whites must pay for the sins of whites long past, and the breadth of that debt is infinite. Whites, especially poor whites, were told that they not only no longer mattered, but, in fact, they”re a menace, a pestilence so foul that anything deemed “too white,” be it a TV show, a workplace, or even a photograph, must be diluted with diversity lest the alabaster malevolence wreak deadly havoc on mankind.

And you know what? It was working. Mainly because, in direct contradiction to the false leftist stereotype, straight white Christian males are pretty damn tolerant people (and kinda easily guilted). But during the Obama years, the left just couldn”t be satisfied with the victory it had achieved. Again and again and again, the media piled on. Horrible whites! Terrible whites! Privileged and racist by birth; a curse upon humanity. Antiwhite hatred became commonplace in the “respectable” press, while anyone who dared to say “I don”t think I”m evil just because I”m white” was labeled a hate criminal. Websites that even lightly broached topics that were complimentary toward white people or the culture and history of majority-white nations were decried as outlets for “hate speech,” while sites that ran essays with titles like “White guys are killing us,” “The plague of angry white men,” “Let’s deport all white males,” “White men must be stopped,” “White men are the face of terror,” “Deal with your shit, white people,” and “Why is it always a white guy: The roots of modern, violent rage,” were embraced as “mainstream.”

Whites were tarred as incurable, congenital racists. College and university “safe spaces” excluded whites. Leftists demanded the removal of images of white men from public squares. When a white toddler was killed by an alligator at the Disney World resort, leftists taunted the grieving family with “That’s what you get for being white.” When an American student touring North Korea was sentenced to fifteen years hard labor for trying to take home a propaganda placard as a souvenir, leftists ridiculed his plight with “He deserves it for being white.” The left simply went too far. At some point, leftists should have realized that white Christian male-bashing was out of control. They didn”t, and now you have not only Trump heading to the White House with the GOP in charge of Congress, you also have hundreds of Democrat losses at the state level.

But if the left overplayed its hand, the right underplayed its. In years past, conservatives had many opportunities to win races by appealing to working-class white Christian males, but GOP “leaders,” ball-less even in the best of times, were absolute castrati when it came to even lightly traipsing through the racial minefield. Long gone was the bold, unapologetic strategy of Lee Atwater, the late GOP political consultant who embraced the “angry white male” as a target constituency, replaced by a mealymouthed centrism fueled in part by gullibility”Republicans had come to believe the leftist myth that you couldn”t win the White House without catering to blacks and Latinos at the expense of white males.