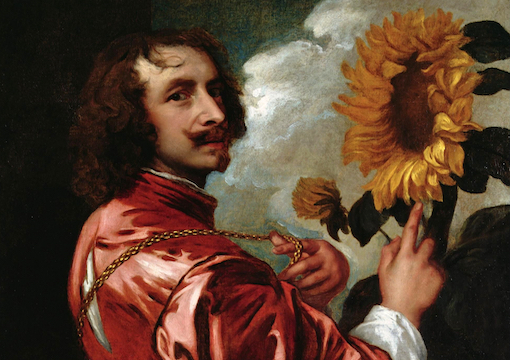 Someone—having reached the age of forgetfulness, I forget who—said to me a few weeks ago that the first sign of socialism is a shortage of toilet paper. This humble commodity then becomes a matter of political privilege, accessible only to those with some kind of favorable connection to power.

Considering how large a part it has played in my life, I have given very little thought to toilet paper, its production, and its transcendent importance. However, I once visited the main prison in the former Soviet Republic of Georgia where, as perhaps you might expect, it was in short supply. The prisoners, however, had at least a temporary solution to the problem: the Complete Works of Lenin.

The Soviet Union always had a problem with the production of this essential product of civilization, but it never had any problem with the production of the Complete Works of Lenin. Of course, there was a time when to have used the written words of that great man for hygienic purposes would have been as dire in its consequences as desecrating the Koran in Mecca in a similar fashion, but by the time I reached the gaol in Tiflis the danger attached to doing so was long past. Indeed, given a choice between normal toilet paper and the pages of the Complete Works of Lenin, I suspect that most people would have chosen the latter, for ideological reasons. It lent a pleasure to a mundane task from which we usually prefer to avert our thoughts.

Normally I am against the desecration of books, even of very bad ones, but I make an exception in the case of the Complete Works of Lenin, as long as examples molder, unread but available to scholars, somewhere in libraries.

“Considering how large a part it has played in my life, I have given very little thought to toilet paper.”

We have recently been reminded of the importance of toilet paper by scenes of panic buying of it in supermarkets consequent upon the coronavirus epidemic and the prospect that we shall all soon be confined to home for two weeks. In Australia, a fight broke out among three fat women who were squabbling over the last multipacks on a supermarket shelf. Aiming blows at one another was probably the nearest they had come to physical exercise for a long time. They screamed at and pulled and shoved each other. Fortunately, there were no weapons to hand to assist them in their efforts to obtain their vital supplies.

George Orwell once wrote that our civilization was based upon coal, without the procurement of which everything we took for granted would grind to a halt. This is no longer true, of course, to the extent that it ever was true: We have other sources of energy now.

What Orwell was driving at, ultimately, was a materialist conception of history, and perhaps of life in general. He implied that all that was a necessary condition for the existence or continuation of a civilization such as ours, all that made it possible, was in some sense more real than the froth that we normally believe to be the manifestations of civilization.

For example, if there were no electricity, there could be no theater productions, at least in their modern form, and certainly no films, to say nothing of many other refined aspects of existence. While we could do without plays and films, we could not do without electricity; just think how upset we are when the lights go out even for a short time because a power cable is down. We feel a sense almost of moral outrage, as if our rights were somehow being infringed. Therefore the least worker on the electricity grid is more important to us, if we think honestly, than the greatest director in the history of stage or film; and yet we admire the director far more than the man whose work is a precondition of the director’s work.

What is true of the worker who ensures the electricity supply is true of many other workers. Just imagine, for example, if there were no one to deal with your household rubbish, if you had to deal with it yourself. The inconvenience would be severe, it would greatly disrupt your life. In fact, your life is made possible by a fine tissue or spider’s web of people who produce goods or provide services essential to it. Among these, as I have mentioned above, are the producers, but also the distributors and sellers, of toilet paper. In fact, even the humble supermarket shelf-stacker is important to you, if you but stopped to think about him or her.

Supermarket shelf-stacking is often taken as the acme of dead-endedness. What fate could be worse for a person than to be a supermarket shelf-stacker? I do not agree, for a number of reasons. The first is that it is a socially useful and perfectly honorable kind of work. The second is that there are many people with an IQ of 80 (as many as there are with an IQ of 120) who must find work. It is not unpleasant work in itself and it is within their capacity. The third is that many shelf-stackers go on to other work; they are not career shelf-stackers, as it were. The fourth is that, in my experience, supermarket shelf-stackers are not discontented with their lot, at least if their helpfulness toward me and general cheerfulness are anything to go by. They are not resentful by comparison with some others I could name.

After the scene in the supermarket in Australia in which women fought over toilet paper—scenes probably equaled or repeated elsewhere—George Orwell might have come to the conclusion that our civilization is based not upon coal, but upon toilet paper. As I hope I have made clear, I do not underestimate its importance, and yet I resist the conclusion that what really counts in life, if we are honest, is an uninterrupted supply of it. If all the paintings by Van Dyck in the world were suddenly to disappear, we should be affected less than if all the toilet paper were to disappear. And yet I cannot help feeling that Van Dyck is a greater glory than a roll of toilet paper, however allegedly soft and tough its paper, and however pastel its shade.