“Party of Lincoln” Assassinates Itself 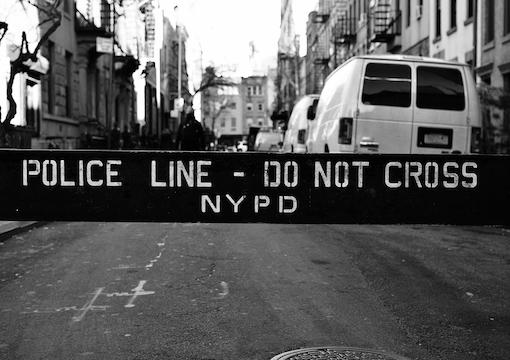 Man, have we got a bunch of dullards on the “mainstream” right. Michael Bloomberg’s old speeches and interviews about the realities of race, crime, and law enforcement are spot-on. And how do our Conservative Inc. mouthpieces respond? They join forces with Black Lives Matter to scream, “Bloomberg’s a racist!”

I’ve picked on Tim Young before; he’s the Fox Corporate Certified Fresh™ “comedian” who has to say he’s cutting-edge on his website because otherwise you’d never know. A few days ago, Dim Tim went after Bloomberg because as mayor he’d appointed a chancellor who, upon surveying the hellish overcrowding in New York’s public schools, jokingly quipped that a little birth control wouldn’t be such a bad idea.

An outrage, blanched edgy® Tim. You see, back in 2011, New York City councilman Charles Barron (who’s now a state assemblyman) condemned the birth-control comments as “racist” because “80% of the children are black and Latino.” Barron is well-known as an open-borders pro-reparations Robert Mugabe fanboy who’s campaigned for white expulsion in Zimbabwe and South Africa. He’s also stated that “slapping white people” is necessary for his “mental health.” And now Tim Young is recycling Barron’s talking points in order to, as Ann Coulter so perfectly phrased it in her column last week, “give up winning a war in order to land a quick blow in a skirmish.”

Apparently, these days we’re no longer supposed to suggest that maybe people on welfare (including freeloading illegals) should stop having so many damn kids. It’s far more important to pander to the likes of Charles Barron. The funny thing is, back in my day, “Quit having kids you can’t support” was one of the few themes that brought people together from opposing ideologies. Reaganite conservatives embraced the argument because bootin’ welfare queens from the public teat was central to their platform. But liberals supported the idea too, because, well, liberals love birth control, always and in all forms.

And, of course, “race realists” embraced the whole “birth control for ghetto and barrio dwellers” thing for their own reasons.

Even up through the 1990s, when Bill Clinton signed off on landmark welfare reform, there was widespread support for the idea that if you can’t afford kids, don’t friggin’ have ’em.

“Abandoning cops and crime victims just so you can brag about how the Democrats are the real racists will get innocent people killed.”

Issues like welfare reduction and “tough on crime” policing and prosecuting were always guaranteed winners. So why are they being abandoned now? Why are mainstream conservatives siding with, and pandering to, the worst elements in the black and Latino communities—the Charles Barrons, the reconquistadors—by using Bloomberg’s views on race and crime, and his former chancellor’s quip about inner-city birth control, to virtue-signal their “anti-racism”?

Simply put, these supposed conservatives have a brain disease, an infection far worse than coronavirus. They’ve got Party of Lincolnitis. What started out as a fun if not terribly effective GOP trolling campaign during the Obama years—The Democrats are the real racists! The Democrats were the KKK and we were Reconstruction! Jackie Robinson was a Republican!—has mutated into something very malignant. The weak-minded on the right have effectively hypnotized themselves into thinking that the highest calling of Republicans is to be the party of blacks (and browns).

In fact, “weak-minded” doesn’t go far enough. These mild retards took a talking point that was supposed to lure blacks to the right, and while blacks generally proved resistant to it, the ’tards started subconsciously luring themselves to the left.

Today’s mainstream conservatives would excommunicate Lee Atwater in a second.

Just the other night, anthropomorphic robocall Sean Hannity attacked Bloomberg for having dared to racially profile the typical urban street criminal as a “male minority.” Hannity vehemently disagreed! Walk down any inner-city street, the carbon-based pianola assured us, and you’ll get mugged by criminals of all races in equal numbers.

If only the LAPD could get a foothold against those East L.A. gangs of rampaging Danes.

Okay, you wanna play the Party of Lincoln game? Let’s do it. The post–Civil War Republicans disenfranchised white people in the defeated South, taking away the right to vote from tens of thousands of former Confederates. And no, it wasn’t because the party “loved blacks.” The postwar GOP was as cynical an animal as ever seen in American politics. As Professor Michael Perman (University of Illinois, Chicago) wrote in The Road to Redemption: Southern Politics, 1869–1879, “By the end of 1868, the Republican party was at the pinnacle of power in the South. It had rewritten every state constitution and was in control of every state government, with the exception of Mississippi, Virginia, and Texas, though these too would be won within the following year.”

After all the party had, in effect, been created by federal legislation; the elections through which it had won power had been held under the Reconstruction Acts; and it had all been supervised by federal civil and military officials. Furthermore, the composition of the electorate had been defined by the strictures of the Reconstruction laws and, as a result, many potential opponents had been disfranchised, while others had simply refused to participate in what they regarded as a rigged election.

The “Party of Lincoln vs. Party of the Klan” strategy relies on the myth that postwar Republicans were motivated by altruism. Any mention of the fact that the party was actually interested in (as historian Clyde Wilson put it) “not equality, but plunder, plunder, plunder” bursts the illusion.

The Independent Institute’s Joseph Stromberg pointed out years ago that the post–Civil War GOP was the first party to normalize “departicipation” in American politics when it disenfranchised “unreliable” (white) voting blocs (the prewar Southern treatment of black slaves doesn’t count as “departicipation,” because you cannot departicipate those who were never allowed to participate in the first place). In essence, it was the GOP that introduced the nation to the concept of “dissolve the people and elect another.” That was the GOP’s postwar Southern strategy: change “the composition of the electorate”…exactly what leftists are doing right now. And any “conservative” who can say, “Well, it was a good tactic in 1868 because it advanced ‘racial justice’” is highly likely to advocate that strategy today for the same reason.

Once it’s understood that the GOP’s “party of blacks” phase was to a great extent a cover for party expansion, plunder, and the settling of scores with Southern whites, it becomes painfully clear what folly it is to push for “party of blacks, 2020 edition.” The “settling of scores” factor is still there (in the neocons who despise working-class whites), and the “plunder” factor is still there (in the big-business Republicans who profit from cheap foreign labor). But what’s missing is the “party gain” factor. By surrendering on surefire issues like “tough on crime,” the GOP is digging its own grave, especially at the state level.

On Tucker Carlson a few nights ago, a guest discussed how Bloomberg paid off Al Sharpton to keep blacks from being disruptive during his tenure as mayor. The GOP hacks will probably rail against Bloomberg for that, too. “Bloomberg underhandedly used his billions to keep blacks from exercising their natural right to riot and loot!” I’m not kidding—I think some mainstream conservatives are so far gone, they’d happily pander to blacks about what a shame it is that a white man used his money to suppress their right to criminality.

Bloomberg is backing away from his commonsense mayoral positions. And the best strategy on the right is to stress that not only are his recanted statements correct, but Mayor Bloomberg’s policies got results. Make the Democrats pay for forcing the recantation. Make them own it. That’s the smart path. The dumb path? Pin the views Bloomberg held as a Republican and Independent on the Democrats. Then renounce them as proof that the Dems are the Klan Party.

Let’s do a little cost/benefit analysis here. What exactly do conservatives gain by attacking Bloomberg’s past statements about nonwhites, crime, and “black and Latino males who don’t know how to behave in the workplace”? Well, there’s the aforementioned partisan “quick blow in a skirmish.” And then there’s the release of endorphins that comes from smugly assuring yourself that you’re the true, purehearted anti-bigot, while the Demon-RATS are the real racists.

The benefits? One short-term partisan jab, and some warm fuzzy enjoys.

And what are the losses? Well, pretty much everyone but the thugs and criminals loses. Back in the ’90s, Republicans had so many electoral successes because of issues like welfare reform and victim-centered criminal justice, the Democrats had to at least pay lip service to those themes. And sometimes Democrats would even match or one-up the GOP rhetoric (Hillary Clinton on “superpredators,” for example). But now, for absolutely no logical reason, it’s Republicans who are aping the Dems on those issues. It makes no sense. Dems mimicked the GOP on crime because it won them votes outside the ghettos; Republicans are mimicking the Dems on crime even though it loses them votes outside the ghettos while still not winning them votes inside.

When easily led and attention-starved conservatives join with leftists to condemn tough-on-crime policing, reality-based criminal profiling, and welfare-baby reduction as “racist,” the Overton window closes ever more on exactly the things that need to be said and the policies that need to be enacted to save America from a nightmarish, dystopian future.

When GOP hacks ridicule Bloomberg for wearing wacky clothes and doing musical theater, even though four years ago they were defending Rudy Giuliani from similar attacks on his drag performances (look, it’s what NYC mayors do…they do wacky shit), it’s harmless standard operational partisan gamesmanship. But abandoning cops and crime victims just so you can brag about how the Democrats are the real racists will get innocent people killed.

It’ll also kill the GOP. Because there’s something those “party of blacks” numskulls always leave out of the story, and that’s the climax. The Reconstruction Republicans lost all of their ill-gotten Southern gains, and eventually they even lost the blacks. Indeed, blacks arguably suffered more than they profited as the GOP’s pets. They were used for the party’s short-term profit and then swiftly abandoned.

But hey, those “Bloomberg is a racist” zingers were totally worth it!