Party to a Pandemic 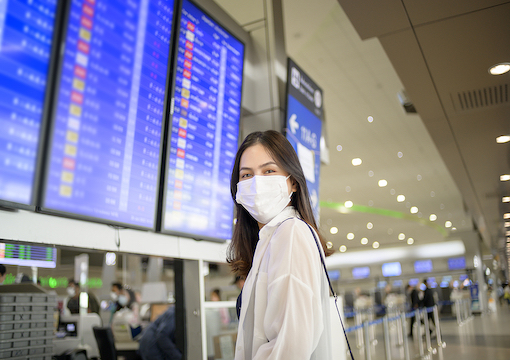 The World Health Organization says another pandemic of a scale similar to the 1918 Spanish Flu, which killed 675,000 in the U.S., is a statistical certainty. Unlike the current virus, which has a virtually nonexistent mortality in children and young adults, that flu had a preponderance for those between 20 and 40, and did not spare children.

With such a prospect it is critical to have clear thinking. Yet three years into COVID-19, we have none. What we do have is contrived language and censorship. It’s time to be blunt and put niceties aside.

There are only two possible scenarios for COVID-19:

(1) The virus was a natural event.

(2) The virus was developed in the Wuhan lab.

Scenario No. 1 remains the establishment line. Scenario No. 2 is considered illegitimate, even for speculation. Yet, even long preceding the pandemic, Bill Gates, hardly a right-wing conspiracy theorist, raised the specter of bioterrorism via genetic engineering.

Biowarfare would not be a new development. The most significant event occurred in 1346 in the Siege of Caffa, a Venetian port on the Black Sea. Muslim forces catapulted plague-infected corpses into the fortified city to infect the population. Fleeing by sea to Venice and Genoa, those who escaped carried the Black Death to Europe.

As for genetic engineering, it appears it may have already arrived. A British-Norwegian study found that the COVID-19 virus had inserted sections in its spike protein, showing beyond any reasonable doubt that it was artificially manipulated.

The paper has been suppressed. There are now only scattered reports of the study found on the internet, and the paper itself was compelled to alter its conclusions.

Similarly, a paper by multiple Indian scientists, independently finding the virus to be man-made, was also suppressed. Dr. Fauci called its findings outlandish.

The Wall Street Journal did publish a piece speculating on such an origin. For what it’s worth, the virus has all the functional characteristics of being weaponized specifically for biowarfare—with high infectivity and a prolonged incubation period to allow for maximum spread. Lethality, in theory, could later be adjusted upward.

The CCP may have the technical capability. The CDC, between 2004 and 2015, trained 2,500 Chinese scientists in virological techniques, including gene sequencing and reverse genetics. China is now a world leader in genomic editing.

They may also have the will.

The American public is oblivious to the extent to which the Chinese military has expanded on the concept of biological warfare.

The textbook Science of Military Strategy, published by the PLA’s National Defense University in 2017, comments on the potential for biological warfare to include specific ethnic genetic attacks.

Zhang Shibo, retired general and president of the National Defense University of China, has written that biological warfare is one of the seven new domains of warfare, and that it could be used to target specific ethnic groups.

He Fuchu, vice president of the Academy of Military Sciences, states that biotechnology will be the new “strategic commanding height.”

However, if we consider the above to be educational rather than military institutions, then this may all be idle intellectual speculation—an academic exercise.

There is a posted study that all but claims China deliberately exported the virus. It has been neither confirmed nor denied. It’s ignored.

If a weapon, it was remarkably successful in effecting a desired regime change.

Defending against the next pandemic is our public health establishment, led by the CDC. The CDC has been less than stellar in its performance. Emblematic was its failure in even the simplest of tasks: inventory management. A responsibility of the CDC was to assure an adequate supply of N95 face masks in the event of a pandemic. Instead, the CDC prepared and promoted a public education campaign for a zombie apocalypse. Sophomoric humor tends to indicate a lack of seriousness to the task at hand. We had less than 1% of the masks needed at the onset of COVID-19, and no industrial capacity to produce more, the latter a consequence of establishment Republican trade policy: “It doesn’t matter whether a country makes potato chips or computer chips.”

Pandemics can be existential events. Following the arrival of a few hundred Conquistadors in 1521, smallpox and measles killed an estimated 80% to 95% of the indigenous population of this hemisphere.

By way of comparison, COVID-19, at a purported (and clearly exaggerated) 1 million deaths in the U.S, has killed 0.3 % of the populace.

Analysis of the response to the pandemic is as critical as its genesis.

Policy in the Western world, including the U.S., has been set by the World Economic Forum, in conjunction with the Johns Hopkins Center for Health Security and the Bill and Emily Gates Foundation. The seven-point plan is a collaboration between governments, international organizations (in particular the WHO), and the corporate sector. Point 7 is significant: “Governments will need to partner with traditional and social media companies…to counter misinformation. This will require developing the ability to flood media with fast accurate and consistent information…. [Media] companies are to ensure authoritative messages are prioritized and false messages suppressed including through the use of technology.”

This is repeated essentially verbatim by the American Medical Association and the U.S Surgeon General, Admiral Vivek Murthy.

Exponentially compounding pandemic control is air travel. It’s not the elephant in the room. It’s the 767 on the front lawn. Pandemics can spread worldwide within hours.

Terminating international air travel now, and closing (and enforcing) the border now, is not bulletproof, but close to it.

The lockdown, crafted by the WEF prior to the pandemic, was the centerpiece of the American response. Either by coincidence or design, its primary effect was a transfer of wealth, a bonanza—a veritable party—for particular elements in the corporate sector. Its other was the enabling of a fortified election.

This proposal is not a lockdown but a lockout. Same strategy, but applied externally, not internally, to protect the American public rather than control and micromanage it.

The proposal is also 180 degrees opposite to point 3 of the WEF protocols: “Travel…is essential to the global economy and should be maintained even in the face of a (particularly fast moving and lethal) pandemic.”

This is remarkable indifference to common, everyday Americans. The pandemic next time is not theoretical. It’s inevitable.

An impermissible question must therefore be raised: Does the WEF have an ulterior motive?

Their openly stated agenda may shed some light.

As if coming from central casting is Klaus Schwab, president of the WEF: “The pandemic represents a rare but narrow window of opportunity to reflect, reimagine, and reset our world.”

The reset the WEF intends is a new world order of zero carbon emissions.

Per the WEF and their Elite allies, global warming is the single greatest existential threat now facing humanity. Whatever legitimacy there may or may not be in its “science,” the narrative is controlled, just like COVID-19. An actual threat, one of exponentially greater consequence and immediacy, is a nationwide prolonged collapse of the power grid. Yet this is of no interest to Davos.

The WEF also has an economic agenda: “You will own nothing and be happy.”

Another impermissible question: When we own nothing, who will own everything?

Public policy is not set by the public but by the Elite.

Some naively assume that because this is a democracy our government represents us. That too may not be so.

Some naively assume that the Elite define democracy in the American governmental tradition, as derived from the principles of John Locke and the values of the Hebrew Bible. They may define it, though, leaning more toward the German: “Democracy will be a tool of the master race, the future masters of the earth…philosophical men of power and artist-tyrants” who will “employ democracy as their most pliant and supple instrument to control the destinies of the earth.”

It appears “philosophical men of power and artist-tyrants” are currently running this county. We may mean little to them. If so, there is little between us and the next virus.