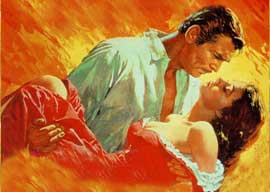 I was unfamiliar with the term until last week, and I usually pride myself on keeping up to snuff on the latest abbreviations, neologisms, and acronyms of the psycho-feminist academic hinterlands.

What most people”the normal ones”call “sexual intercourse” or “coitus” or simply “fucking” is derisively referred to as “PIV” by a very small and hyper-insane group of sideshow freaks in the big queefing circus tent that is modern feminism. The term “PIV” never seems to be used by anyone who actually enjoys PIV. Rather, it is framed as a threat to the public health, something nearly as destructive and pernicious as HIV. I believe that many of the PIV-hating feminists and their gelded male enablers suffer from a condition known as “HUA””“head up ass.”

The blog is called “radical wind” and is subtitled “blowing through female outerspace,” and blow it does, but not in the oppressive patriarchal sense that might properly be called “DIM,” or “dick in mouth.” The unnamed writer calls herself “witchwind,” and whether the wind is radical or witchy, I am certain I do not wish to stand downwind of it.

The controversial post is titled “PIV is always rape, ok?” and contains the following bloody chunks of mental menses:

Just to recall a basic fact: Intercourse/PIV is always rape, plain and simple…intercourse is NEVER sex for women….PIV is a man mounting on a woman to thrust a large member of himself into her most intimate parts, often forcing her to be entirely naked, banging himself against her with the whole weight of his body and hips, shaking her like he would stuff a corpse, then using her insides as a receptacle for his penile dejection…The fact intercourse causes so many infections and tears and warts attests to the unnaturalness of intercourse, that it’s not meant to be. The vagina’s primary function isn’t to be penetrated by a penis but to eject a baby for birth….The fact we may not immediately feel raped doesn’t mean it’s not rape, objectively speaking.

I’m not sure which “wave” of feminism we’re currently on, but such sentiments recall those of whichever wave beached the hideous grey whale known as Andrea Dworkin decades ago. I read her book Intercourse back in the early 1990s and as unpleasant as it was, I imagine it’s far more pleasurable than intercourse with Andrea Dworkin could ever possibly be. Although Dworkin is often misquoted as saying “All intercourse is rape,” her formidable bulk skirts very closely to that sentiment in lines such as “Intercourse is the pure, sterile, formal expression of men’s contempt for women” and “intercourse remains a means or the means of physiologically making a woman inferior.”

The quote “All intercourse is rape” is also frequently misattributed to Dworkin’s sister-in-arms (and hairy armpits) Catharine MacKinnon, who also came quite close with legally dangerous (for men, at least) blanket statements such as “Politically, I call it rape whenever a woman has sex and feels violated.”

These are the same sort of reality-inverters who insist that rape has nothing to do with sex, that it’s purely an act of power. This doesn’t consider the possibility that in the course of human events, sex and procreation and power are intertwined rather than discrete entities. It also fails to explain the surfeit of literal penises, vaginas, and occasional makeshift vaginas that always seem to be intimately involved with acts of rape. As usual, the marching morons of social justice have it all backwards. Obviously not all”nor anywhere remotely near most”acts of sexual intercourse constitute rape, but rape always involves a sexual element. Sex is not always about rape, but rape is always about sex.