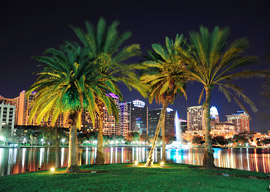 I just flew back from Orlando and boy are my arms tired of making out with gays. Well, one gay, actually. His name is Milo Yiannopoulos and I made out with him to annoy Muslims. We did a speech on Wednesday near the location of the shooting to protest Islamophobiaphobia. There were about 100 people there as well as every major media outlet from The New York Times to The Blaze. I was surprised by how many millennials were there in Trump hats. They cheered when we came out and passionately agreed that America has become too tolerant of Islam, thank God. Forty-nine Americans were just assassinated for their sexual preference. Can we please be a little annoyed? The guy was Muslim. His father hated gays. We have problems with gays too, but it rarely goes past refusing to bake them a cake. It’s time to get mad, America.

After the talk, Milo, a rapper named Baked Alaska, and I went to an illegal mosque and sang a cover of John Lennon’s “Give Peace a Chance.” “Everybody’s talkin” “bout faggots, faggots, Islam, Muslims, faggots, faggots,” rapped Alaska, and then Milo and I would come in with a heartfelt chorus exclaiming, “All we are sa-a-a-a-aying is give hate a chance.” We tried tolerance. It doesn”t work. When you tolerate the intolerant, they respond with more intolerance. Appeasing them is like handing a vampire a drop of blood and asking, “Now will you leave me alone?”

I find it ironic that a Canadian immigrant and a British tourist had to go down and remind Americans how great they are. Milo said he’s a canary in a coal mine and warned the audience about what happens when you blindly promote Islam as a viable alternative to Western culture. Though some of East London remains British, every satellite town that surrounds London is brown. Luton is gone. Rotherham is gone. Tommy Robinson disapproves of this ethnic replacement and he cannot leave his house without being attacked. He hasn”t walked down the street with his family in years. The mayor of London is a Muslim who supports Louis Farrakhan. Manchester’s chief of police is Muslim too and he recently declared, “Freedom of speech does not mean freedom of [sic] offending culture, religion, or tradition.” Liberty GB’s Jack Buckby recently calculated there are more mosques than functioning Christian churches in London. We know that Muhammad is the most popular baby name there, so despite being mostly white today, the future of Britain is not. This is what happens when you encourage an anti-Western group to avoid assimilation. As a gay Brit, Milo sees this as a concern. He’s scared of Islam to the point where it’s a phobia. The man is literally Islamophobic.

I too have some canary tales. I come from Canada, where the Human Rights Commission has made it illegal to be xenophobic. More specifically, it is illegal for whites to be racist. This includes statements that are factually correct. That’s right, the CHRC deemed #hatefacts to be incendiary and punishable with unaffordable fines. Anything that portrays a group in a negative light is grounds for dismissal. If you show Schindler’s List, you could be persecuted for making Germans look bad. This is obviously insane, but it’s not likely Britain and Canada can reverse the damage. This is what we told the crowd and they were incredibly responsive. It was inspiring.