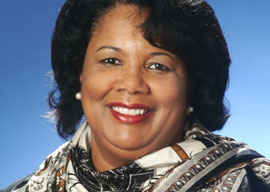 HOME
Hopper Penn, the 19-year old son of Milk actor Sean Penn, tackled a photographer whom he subsequently called a “faggot.” Noticing the man was black, Hopper called him a “fucking nigger.” … An eBay user tried to sell his autographed picture of Jim Carrey to raise money for a Glock G30S .45 ACP pistol, saying he lost all respect for the actor after seeing his new anti-gun skit. The listing has since been removed. … Texas Rep. Yvonne Davis introduced legislation seeking to remove state and local officials who refuse to enforce federal laws. … Actress Ashley Judd, who once said that being “raped twice” did enough to prepare her for debates against Senator Mitch McConnell, announced she will no longer run for US Senate. … Alabama Rep. Joseph Mitchell told a white constituent to stop complaining about gun control because “Your folk never used all this sheit [sic] to protect my folk from your slave-holding, murdering, adulterous, baby-raping, incestuous, snaggle-toothed [sic], backward-assed, inbreed [sic], imported criminal-minded kin folk [sic].” … A neighbor of pop star Justin Bieber says he asked him to stop driving his Ferrari so fast around the block. Bieber allegedly spit in the man’s face and went inside.

ABROAD
The Cypriot government is tightening its regulation over the banking industry. Account holders will be prohibited from taking more than 3,000 euro in cash outside of the country, and ATM withdrawals will be capped at 300 euro per day. … Hundreds of armed vigilantes took control of a Mexican town and began to arrest local police officers they accuse of working with organized crime. The angelic group also opened fire on a car full of tourists heading toward the beach for Easter weekend. … Nelson Mandela is having trouble breathing again. The former South African president was admitted to the hospital for a lung infection that doctors are trying to quash. … North Korea cut its last remaining phone line to South Korea in a move Kim Jong-un blamed on the country’s relationship with the United States. In response, the US military deployed nuclear-capable B-2 Stealth Bombers to the Korean Peninsula. … Malala Yousafzai, the 15-year-old Pakistani activist, signed a book deal worth about $3 million. Her news scoops include the Taliban firing a bullet through her skull and losing to President Obama as TIME‘s “Person of the Year.” … Marketing agency JWT India canned the staffers responsible for a hilarious advertisement featuring three women tied up and gagged in the back of former Italian Prime Minister Silvio Berlusconi’s car.

ONLINE
The world’s first Bitcoin ATM is set to premiere in Cyprus. The digital currency recently surpassed a $1-billion market valuation. … Customers at a gluten-free grocery store will be charged $5 for “just looking,” part of the company’s strategy to deter passersby who use the store as a reference and then buy their goods online. This effect, called “showrooming,” is an oft-cited argument in the US Senate’s fight for an Internet sales tax. … Portuguese publishers are demanding that Google pay up if it wants to keep linking to their news articles on its search engine, the most-trafficked website on Earth. … Taxi and limousine trade groups sent out another batch of emails claiming that tech-friendly transit startups such as Uber are “rogue apps” and should be treated with suspicion. … Amazon swallowed up the online book community GoodReads (and its 16 million members) for a reported eight-figure payday. … A video of a two-year-old boy went viral after he was caught stealing his sister’s toys in the middle of the night by using nail clippers to pick open the lock on her bedroom door.